Covid, the success of the vitamin that is not a vitamin

Vitamin D is a kind of hormone, the intake of which stimulates the immune response and modulates it. This is why it is important to take plenty of vitamin D in the prevention and treatment of Covid. Professor Giancarlo Isaia, president of the Turin Academy of Medicine, talks about it. 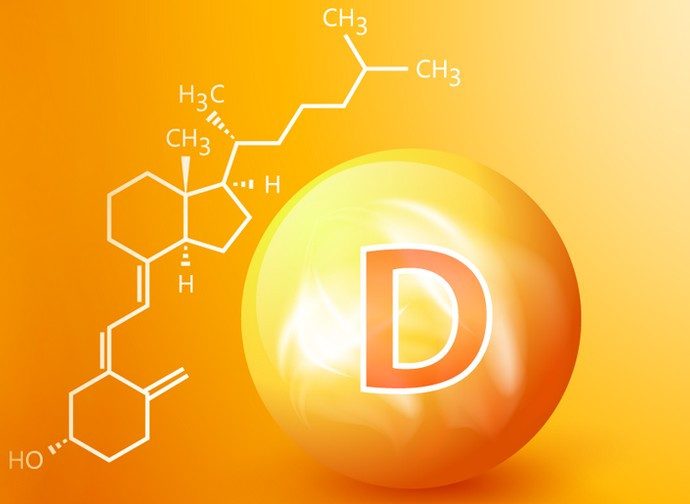 Vitamin D is usually hastily dismissed as something toxic by the “star scientists”, invited to any TV lounge to pontificate. We asked Professor Giancarlo Isaia, Director of the Geriatrics and Metabolic Bone Diseases Unit at the Azienda Ospedaliera Città della Salute e della Scienza in Turin and Director of the Postgraduate School of Geriatrics at Turin University since 2008, a few questions on this subject. Dr Isaia is also National Vice President of the Italian Society of Osteoporosis, Mineral Metabolism and Skeletal Diseases (SIOMMMS) and, since 2018, President of the Academy of Medicine of Turin.

Professor Isaia, have you achieved a small victory?
Following the study we published (see here), the Piedmont Region, first in Italy, included vitamin D in the new protocol for the treatment of Covid-19. This is an important achievement, because there had been a whole series of doubts about it. According to AIFA (the Italian authority for medicines) and the Italian Superior Health Institute there was a lack of incontrovertible scientific evidence. This is true, but we have a series of data which, if taken individually, are certainly not absolute proof of what we are going to say, but when put together... As they say: several clues add up to proof.

Where did you start from in your study?
In March 2020 we put forward some hypotheses - because at the time there was no data on Covid and vitamin D - by analogy with other viruses in which vitamin D had worked. In November, we looked at what had happened in the previous months and saw that over 300 papers had been published in PubMed on this subject. We selected the most relevant ones and reproduced them in our document, which collected 156 signatures of Italian doctors, all researchers, university professors, specialists.

Tell us something about this analysis of yours.
Of particular note is a study of Covid patients, divided into asymptomatic and very severe cases admitted to the ICU. Only 30% of the former had a vitamin D hypovitaminosis, compared with 97% of the latter. In another case, in patients with few symptoms, the ICU admission was 2% in those who had taken vitamin D; in those who had not, the ICU admission was 50%. And so on, as you can see in the paper. We circulated our study around 3 December 2020 and we did not receive any feedback from any institution, except for the Piedmont Region, which then included it in its own protocol (see here), both as prevention and as treatment. We consider this to be a great achievement at institutional level.

What are the beneficial effects of vitamin D on the body?
Let's start by saying that vitamin D is not a vitamin. It's called that because when it was discovered in the 1930s, it was thought to be a vitamin, i.e. a substance that the body is not able to produce, but has to incorporate from external sources. However, later it was discovered that the body is able to synthesise it through the skin, under solar radiation, but by then it had already been given the name. I say this because it is often confused with other vitamins - and, alas, even the Ministry, in its circular of 30 November, confused it with other vitamins, saying that there is no scientific evidence of their usefulness against Covid.

If it's not a vitamin, what is it?
It is a substance that is much more similar to a hormone, and has very strong structural similarities to hormones. Hormones act on a sectoral basis, where there are receptors, like a key (the hormone) with its respective lock (the receptor). Vitamin D receptors are found in a great many tissues, particularly on white blood cells, on lymphocytes. We have two types of immunity: primary immunity, such as the skin, mucous membranes, which acts on all microbes, bacteria, etc. Then we have acquired immunity, which “specialises” on certain pathogens. The former is like a city wall, the latter is a kind of targeted anti-aircraft. Faced with SARS-CoV-2, the T lymphocytes, also stimulated by vitamin D receptors, activate acquired immunity against this virus. When a cytokine storm is created, as it should be, it may be excessive, leading to major vascular damage. Vitamin D is able to block or reduce the cytokine storm: on the one hand it stimulates the immune response, on the other it modulates it.

The Italian population suffers from hypovitaminosis D, I think especially in the northern regions.
The literature says that Italy is a country with a very high prevalence of hypovitaminosis D. In the northern regions, particularly in the Po Valley, people die more, probably because this hypovitaminosis is greater, because there is less sunlight, there is greater humidity and atmospheric pollution, which tend to block the sun's rays. In January 2021 we published a paper done in collaboration with ARPA (the Institute for Emvironment, see here), in which we assessed the amount of ultraviolet radiation raining down on Italy in the six months from June to December 2019. We used a very sophisticated satellite system and were able to show that the amount of B radiation raining down on each Italian region during that period was inversely proportional, with a statistically significant amount, to the number of deaths and SARS-CoV- 2 infected in each region. This suggests that there may be a cause-and-effect relationship: ultraviolet rays, as well as causing the synthesis of vitamin D - which is undoubtedly positive - can also kill the virus.

So much so that infections and deaths plummet in summer.
Exactly. The sun has a dual beneficial action: direct on the virus and indirect, causing vitamin D synthesis. People need to be in the sun: they will benefit from it for one reason or another. I was struck by the fact that some convents of cloistered nuns have had a lot of problems and deaths from Covid. I was reminded that a few years ago, I had been asked by a colleague to run a cloistered convent near Turin, where a high number of femur fractures were occurring. On doing some tests, we saw that the nuns all had hypovitaminosis D. And so, by an intuition derived from clinical experience, I started to link Covid and vitamin D deficiency.

Among those affected by severe complications, men account for a higher percentage than women. Could it be because women tend to take cholecalciferol after the menopause?
This is a hypothesis that we too have made. There is, however, another hypothesis. It would seem that male sex hormones, testosterone, through the ACE-2 receptor, facilitate the entry of the virus. But it could be both. It is however a fact that the male population is more affected.

So, doctor, what do we do?
It's clear that vitamin D is not the cure for Covid, but it's no coincidence that almost everyone who dies or ends up in intensive care has a problem with hypovitaminosis D. I would therefore suggest that we start saturating the population with vitamin D.

Why has this not yet been done, given that vitamin D deficiency creates a whole range of problems, in addition to those related to Covid?
The story of vitamin D toxicity is what has actually held back AIFA from authorising it. On 29 March 2020, the Nova agency published a statement by a member of the SCT, one of those people who are always on TV, who said that abusing vitamin D could lead to kidney failure (see here). That's not true, because the vitamin D we're referring to is cholecalciferol and it doesn't cause these problems; I've seen truly excessive doses given, without it causing any problems. So, since it does no harm, since hypovitaminosis D is very common, especially among the elderly, it would be wise to give it, as they have done in England. Unfortunately, however, health management of the pandemic is not optimal.