Iran has lied about the spread of the Covid epidemic, as Iranian government documents that have been leaked to the press reveal. But the world has not taken any severe measures against the Islamic Republic. At the same time, Sweden, which has been demonized for refusing to go into lockdown, has flattened the curve of new cases. 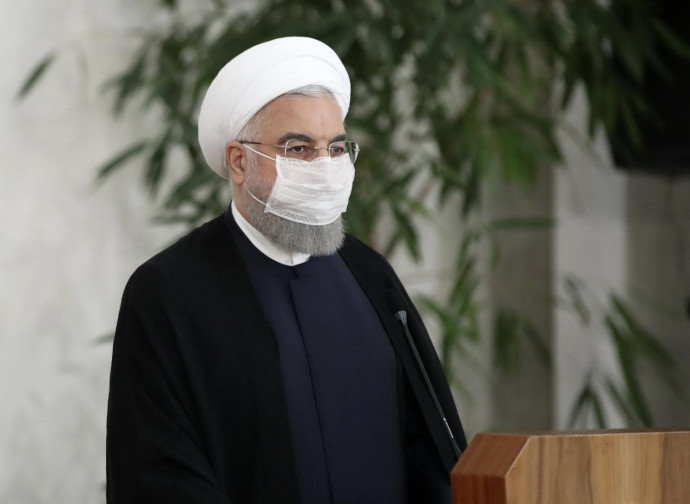 Iran, like China, is lying about the spread of the Covid epidemic and also about its mortality rate, as revealed by documents of the Iranian government that were leaked to the press this week. The BBC reported yesterday that the number of cases is approximately double that which was reported: 451,024 instead of 278,927. But what makes a bigger impression is the discrepancy between the actual number of deaths and the number that was reported: 42,000 instead of 14,405. Iran is a sensational example of how totalitarian regimes are able to hide and manipulate reality, but also reveals a failure of Western ability to gain information on Covid. We tend to not even question the information that comes to us from countries like China and Iran, while in free nations like Brazil, the United States, and above all Sweden, the seriousness of the situation has been and still is being greatly overstated by the media.

Let’s start with the case of Iran: it didn’t take any great work of investigative journalism to discover that the numbers do not add up. The Islamic Republic, a faithful ally of China and an important stop on the Silk Road, began to register the first cases of the new coronavirus in January. The first death was on January 22, the day before the existence of the new epidemic was admitted by China. The Islamic Iranian authorities however sounded the alarm only a month later. The disease has claimed many high-profile victims right from the beginning. The Iranian vice-minister of health, Iraj Harirchi, right in the middle of a press conference in which he was denying the gravity of the situation, became ill and was hospitalized the same day, testing positive for Covid-19. Shortly after this unusual episode, Ayatollah Hashem Bathayi Golpayegani died in the hospital at the age of 78 just two days after he tested positive. The ruling class of Iran was decimated in just a few days: at least 12 politicians and high-ranking officials of the regime died and 13 ended up in the hospital. If a nation in which the distance between the elite and population is so great saw such a high mortality rate among its highest leadership, who knows what was really happening among its general population. Satellite images published by the New York Times in March showed mass graves being dug near the city of Qom.

Despite all this, the WHO and consequently also the Italian government listened to the official numbers reported by the authorities in Tehran. The consequences on the practical level are not lacking. Just as Italy was locking down its citizens at home, on March 10 Iran Air (a company under sanctions from the United States because it is tied to the Iranian Pasdaran [the Islamic Revolutionary Guard Corps]) announced that after two days of suspension it was resuming all its flights to Europe except to Vienna, Gothenburg, and Stockholm. And Iran Air continued to use the Rimini airport to reach other airports like Amsterdam and Frankfurt. The Italian ambassador in Iran coninued to guarantee visas to Italy regularly. The situation did not change with the passage of time: in June an agreement was reached between the Iranian regime and AIRiminium, the company that manages the Rimini-San Marino airport (Federico Fellini airport): three weekly flights by Iran Air connected Tehran with Rimini. In July, the list of countries most at risk, whose citizens and travelers cannot enter Italy, did not include Iran. Other nations of the Persian Gulf like Bahrain, Kuwait, and Oman are on it, but not the Islamic Republic.

There is no clear answer as to why this trust has been given to Iran: the error of underestimating the danger comes certainly from the WHO, but probably also from the favorable eye which the present Italian government gives to the Islamic Republic. We must not forget that Federica Mogherini herself (PD), the former High Representative of the EU, was one of the biggest promoters of the Iranian nuclear agreement. Right during the very first days of the arrival of the epidemic in Italy, on February 20, Alessandro Di Battista also returned from a long trip to Iran. The politician of the Cinque Stelle movement who often expresses the opinions of his movement more explicitly than his fellow parliamentarians and ministers, produced a service in three parts, “Sentieri Persiani” [Persian Trails], that promises to be a sort of harangue in defense of the Islamic Republic, but in which there is not a single trace of the coronavirus crisis that was already underway when the politician was present in Iran.

The underestimation of the Covid danger from Iran stands in stark contrast to the treatment reserved for other countries both by the press and by the Italian government. The country that is currently presented as the worst case is Brazil. In terms of absolute numbers it is (it has the second highest number of cases in the world), but in terms of a percentage of its population it is still today in a decidedly better position compared to Italy, with 443 deaths per million inhabitants compared to 582 in Italy. And yet we have all read the news of the American (private) plane that stopped in Sardinia and was sent back, but we have not seen such harshness shown to Iranian planes. Politics matters a lot in both these cases: for Brazil because of the demonization of President Bolsonaro, and for the United States, obviously, because the same holds true for President Trump.

The case of Sweden also stands out, which has been treated by the Italian media as the example not to follow, fortunately without creating any political consequences (free movement remains because it is a member of the EU). It was said that Sweden would become the “black sheep” of Europe because of the number of its victims in relation to the population and its inability to flatten the contagion curve. On the contrary, in Sweden the contagion curve developed in a way very similar to that of Italy and the other nations struck by the coronavirus. The weekly average of new cases dropped to 200 at the end of July, compared to about 1,140 in the middle of June. And the daily number of deceased tied to coronavirus has dropped to less than 100 for two weeks, after having reached a high point of 115 in the middle of April. For the moment, then, the epidemic appears to be under control. In relation to its population, Sweden is registering less deaths than Italy (568 per million inhabitants, compared to 582 in Italy) and is eighth in the world after other European nations like Belgium, the United Kingdom and Spain, in addition to Italy. Why then has there been such morbid attention paid to the Nordic nation that has not done worse than us?  Why has Sweden not adopted any measure of lockdown, only some mild rules about social distancing which have remained almost at the level of personal suggestions? Sweden is the proof which shows us that if we had not imposed the lockdown on ourselves, we would not have had a much higher number of victims. This is a difficult reality to admit, hence the demonization of Sweden.

This epidemic will be recalled as the most media-covered epidemic in history: we have all witnessed Covid unfold minute by minute in all the countries of the world. But it is also the most ideological epidemic in history. Unfortunately, these are cases that further demonstrate how progressive ideology, with its vision of the world, dictates information about the spread of the pandemic: trust placed in totalitarian regimes antagonistic to the West, a priori mistrust of and then the demonization of conservative political adversaries, and the desire to hide success stories about alternative strategies to the lockdown. It is also absolutely the most “managed” epidemic in history – the only one comparable to a gigantic social experiment.