Totalitarianism always begins with "mass formation" of the population. It is not the same as a dictatorship: in a dictatorship, people obey, out of fear, the dictator at the top. Totalitarianism is the opposite: people are hypnotised by obedience "for the good of the community." Four conditions are needed for "mass formation" to take place: social isolation and lack of ties; lack of meaning in life; the presence of fluctuating anxiety and strong psychological discontent. Here is The hypnosis of society that Professor Desmet theorised, with a few clarifications to explain how this theory applies to what we are experiencing today. 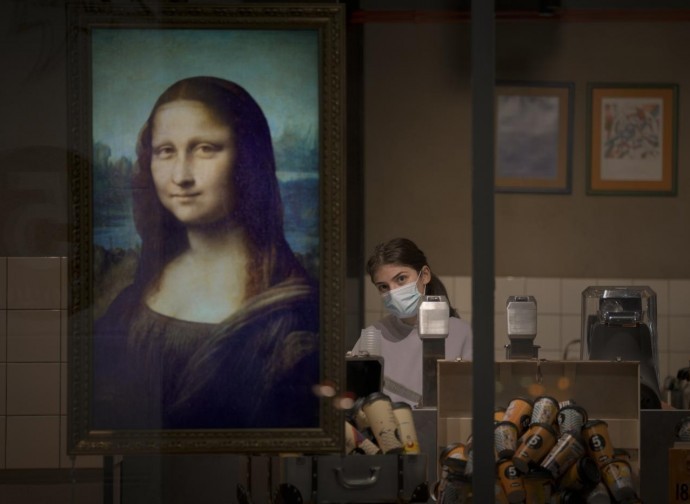 Professor Matthias Desmet is a psychologist, psychoanalyst and teaches at the University of Ghent, in Belgium. For some time now, a few of his interviews have appeared on Youtube which investigate the period we are living in at the moment from the point of view of mass psychology. In particular, the text of one of these interviews is circulating on the net, arousing interest and comments. Here is the the transcript: It is an interesting and detailed analysis, which perhaps requires some explanation.

Totalitarianism is the opposite ….. people are hypnotized into the obedience “for the good of the collective”

We see this mass formation  finding a new solidarity together as a collective –it brings them a solution to their anxiety- the narration and ideology around the pandemic and vaccines has become “the object of anxiety”. where the free floating anxiety has found a target – an object all they know is their anxiety is gone and they now have an answer to their anxiety and have new meaning and a new sense of solidarity — they are changed when this happens.

They are not rational anymore and not thinking critically like they once did. This is why we all know once very smart and compassionate friends that are now dumbed down and will not listen to any different voices — they are intolerant and even mean or cruel.

In hypnotism the focus narrows and narrows until the subject cannot see outside their very narrow view of what is real.

This has now happened. The anxiety and lonely isolation many felt before the pandemic and during the pandemic found their perfect “object of anxiety” and is solidly locked on to the pandemic and vaccine narrative…they cannot be tolerant or allow dissent or different voices and don’t want to even hear any questioning. If they wake up their “terrible anxiety” will return and the leaders of the mass formation cannot allow the mass to wake up either because when the mass wakes up and sees the true damage and loss they will be angry at those that did the damage and likely kill those leaders – in history the organizers of a mass formation are always killed by those once hypnotized that wake up and see the real world again.

First of all, I would not talk about hypnosis, at least without having specified what is meant by hypnosis. In general and historically speaking, hypnosis involves an altered state of consciousness, a kind of induced sleep, of somnambulism. In this sense, it cannot be said that most people are hypnotised; also because it should be explained how millions of people were all subjected to hypnosis at the same time.

Alongside the traditional and better known meaning of the word "hypnosis", however, there is also a second, more recent one, which dates back to the psychologist Milton Erickson. He began to experiment with the possibility of inducing hypnotic trance in patients without domineering, orders or commands. A non-theatrical, non-stereotyped, non-directive hypnosis; rather an invitation to focus all one's attention on a single idea, for example the relationship between patient and therapist.

The therapist could lead the patient into a situation of deep and focused attention; exactly as happens multiple times in everyone's day, for example when they drive a car (the common daily trance). For this, Erickson was helped by another approach that he had developed in previous years: it became customary for him to get to know people as much possible, simply by observing them.

Attitudes, postures, expressions, tone of voice, clothing ... from these details that most people ignore, Erickson drew a profound knowledge of the people he met. He used the ability he had developed to tune into the patient, using their words ("utilisation") as much as possible, their attitudes, trying to mirror their moods.

But, Ericksonian hypnosis raises several reservations from a deontological point of view and manifest some related risks. In fact, in recurring accounts by Erickson, it appears that the psychologist asked the girls in trance, persistent questions about their intimate parts; or he made them undress completely, or he induced them to have an orgasm.

In other cases, Erickson used hypnotic techniques to create a past that never happened. Faced with the charge of manipulating patients, he admitted that he was "manipulating them in the same way that you manipulate your sense of taste when you put salt in food." For him, the manipulation of others was not an ethical or deontological problem: “I have been accused of manipulating patients, to which I reply: every mother manipulates her baby if she wants it to live. And every time you go to a store, you manipulate the clerk to do your bidding. And when you go to the restaurant, you manipulate the waiter. And the teacher, in school, manipulates you into learning to read and write. In fact, life is one great manipulation." At least, in this sense it can be said that most people are hypnotised.

It must be remembered, however, that twentieth-century psychology developed numerous variety of manipulation techniques, alternatives to hypnosis. Stanley Milgram, for example, asked volunteers to inflict (false) electric shocks on human guinea pigs. A good number of them obeyed the experimenter even though they were aware of the pain inflicted on the guinea pig; this percentage increased when the guinea pig was hidden from the subject's view. Milgram deduced from this that obedience to authority is a stimulus that can lead the subject to break his own principles, all the more so if the consequences of his actions are perceived as distant.

Milgram was a student of Solomon Asch, the author of one of the most famous social psychology experiments. Ash's protocol included eight persons, seven of whom were accomplices of the experimenter. Ash presented them with three lines of different lengths and a fourth, as long as one of the previous three; they had to match the fourth line to the one of equal length. The accomplices answered incorrectly but in agreement, and the only real participator adapted to the group of accomplices in 75% of cases. This experiment once again demonstrated the power of conformity.

Another famous experiment in social psychology is that of Philip Zimbardo. He divided a group of university students in two parts and entrusted the first group with the role of jailer and the latter with the role of convicts; after that, he locked all the participants in a fake prison set up in the university facilities. After a short time, the jailers, invested with a role by the authorities, began to harass the prisoners; who, in turn, passively accepted the ill-treatment inflicted precisely because of the role entrusted to them. It is not difficult to find an echo of these experiments in current events.

Finally, and to conclude: it is doubtful that "the organisers of the" mass formation "are always killed by those once hypnotised, that wake up and see the real world again". In fact, history teaches us the exact opposite happens: those responsible for the greatest suffering inflicted on the population never pay for the evil committed.

In short: Professor Desmet's interviews certainly deserve attention. They help us to understand the present moment and elicit reflections and further questions.