Christianity has always addressed both individuals and nations. Abortion, euthanasia, the destruction of human embryos, divorce, homosexual adoptions: these are the "structures of sin" described by St. John Paul II. Together they form a deposit of individual sins that become social evils. This is why it is critical the Church goes back to preaching about conversion. And not just the conversion of man, but of society as well. 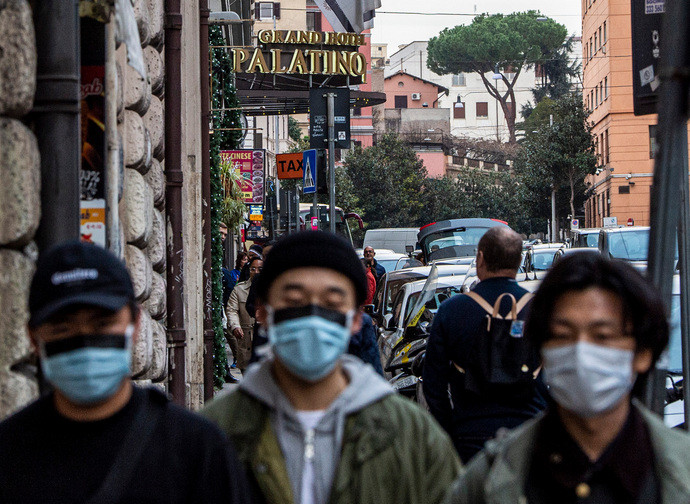 Are penance and conversion only for individual persons or do they also concern entire societies and nations? Natural or historical catastrophes, such as today's pandemic, are an open invitation to examine our conscience, to repent and to make amends. We have to ask ourselves whether this only applies to individual people, believers or non-believers alike, but also to public authorities and human communities legally, economically and politically speaking.

Regardless whether or not God’s "punishments" exist, we must nevertheless acknowledge that a Christian interpretation of such destructive events cannot silence its call to conversion. Disregarding this call would mean evaluating circumstances without regard to Christian wisdom, which is always simultaneously about reason and faith. The theological reason is clear: at least God allows for catastrophes to happen. And if God permits them, it is for some higher good. Our higher good is eternal salvation, which however requires contrition of our hearts and our own transformation.

Now, does this invitation to examine our conscience regard us just as individuals or as part of a community, as a collective whole? Certainly, first and foremost, it concerns us as  individual persons,  because everything first takes place in our individual hearts and then in societies  which, even if their entities in their own right, are never above people. The common good of the social body counts on the good contributions of its individual members. The easiest way to bring about change in society is to bring about change in ourselves. Without personal conversion, we cannot even consider conversion of peoples and nations.

But it is also true that Christianity has always been addressed to both people and nations. It has always been an interlocutor between individuals and entire societies. We read in the Old Testament that the inhabitants of Nineveh "proclaimed a fast, and put on sackcloth", while the king "arose from his throne and laid aside his robe and covered himself with sackcloth and sat in ashes" and then ordered “everyone [to] turn from their evil ways and from the violence that is in their hands." (Jonah, 3, 5-8)
Likewise, many mayors in Italy while adorned with red, white, and green national sashes, have officially entrusted their cities and towns to heaven. If there were no “political” conversion but merely an “individual” one, these mayors would have dressed as private citizens and not in the trappings of their offices.

In the past, the conversion of entire nations to Christianity often took place following the conversion of their sovereign, as happened with King Clovis of the Franks and King Stephen of Hungary. These events are too easily dismissed as the effects of a sacred and static era in which both personal conscience and religion would have taken a back seat and blindly submitted themselves to power. In reality, such collective conversions confirm the idea that an entire nation may dedicate itself to God as an organic unity, and not just as radically separate individuals. Kings have personified this collective and political dedication. The adhesion to the sovereign’s newfound faith was extended to the people because his power was understood as conscious authority handed down from God for the sake of leading the whole nation to the common good.

John Paul II, especially in his encyclical Sollicitudo Rei Socialis (1987), wrote about the "structures of sin." He was not referring to sins of anonymous social structures, but to the deposits of individual sins that eventually become social, even institutionalised sins. These forms of sin are collectively imposed by political power at all levels. If the evil committed personally begins to be structured into state laws and sewn into public policies, then it is clear that changes in individual lives also reflect changes in the public life that concerns an entire political community.

If today we take a look at the institutionalised evil in our societies we are stunned by its vastness and depth. We discover that, in general, evil is  committed by public authorities who imposed it as a lawful duty, forbidding the exact opposite: doing good. The sheer number of evil structures is astounding. Think about the numbers of surgical and chemical abortions that occur, the euthanising of minors and weak people, the destruction of human embryos, the public promotion of unnatural sexual orientations, the immense pain felt by children of divorced parents, not to mention the upheaval in children’s innocent lives when they are born to and raised by homosexual couples. How can we not think that in the face of these "structures of sin", natural disasters, which are never merely natural, do not call us to conversion not just individually but also according to a “we are all this together” collective, social and political contrition?

If we look at past history, we find that often after a catastrophe, once the tension and fear have subsided, human society goes back behaving like before, or perhaps worse than before. Even during the current pandemic, unfortunately, the “structures of sin” continue to operate. There is also the danger that new forms of power, that is, those favoured precisely by the spread of contagion, have exacerbated such structures. It is for this very reason that the Church must start preaching again about conversion in the midst of such signs. It must call to conversion not just individuals but entire nations.