Consecration to Maria: it is late, but not too late

A careful reconstruction of the messages and letters of Sister Lucia assists us in understanding that the Consecration of Russia to the Sacred Heart of Mary may be late in coming, and that therefore the errors of Russia have been spread throughout the world, but at the same time, it may still succeed in diminishing this time of trial. 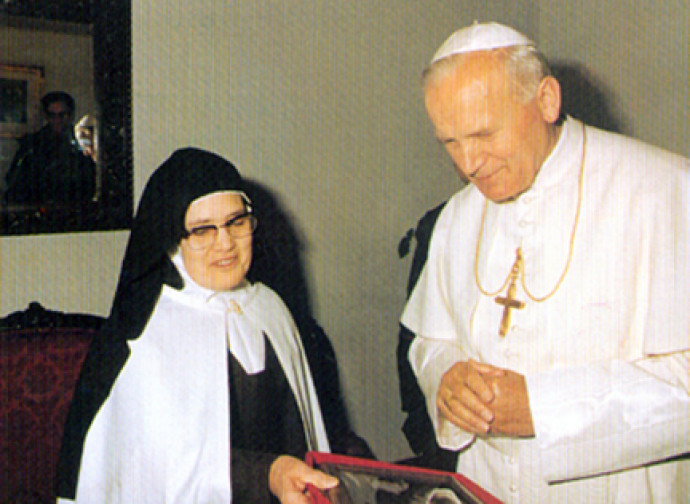 People began discussing this question from the moment Pope Francis announced his decision to consecrate Russia and Ukraine, and they are continuing to discuss it after the consecration: is it not too late?

Sister Lucia, the seer of the Fatima apparitions whose mission it was to communicate the Heavenly requests of the 1917 apparitions to the world, was adamant that the Holy Father consecrate Russia to the Immaculate Heart of Mary, according to the Holy Virgin’s instructions. In 1940, while Europe was swept up amidst the carnage of the Second World War, Sister Lucia wrote to Pope Pius XII in a letter dated 2 December, in the following terms: “In various intimate communications Our Lord has insisted upon this request, promising that if Your Holiness were to deign to consecrate the world to the Immaculate Heart of Mary, with a special mention of Russia, the days of tribulation serving as His punishment upon the nations by means of war, famine and various persecutions of the Church and Your Holiness, shall be lessened.”

She then added what she herself had understood of the divine project: “Most Holy Father, if the union of my soul with God has not been misled, Our Lord promises that - with regard to the consecration of our nation to the Immaculate heart of Mary performed by our most excellent Portuguese prelates - our nation will receive special protection during the war; this protection shall serve as proof of the graces which would have been conceded to other nations, had they been consecrated.”

This letter then touches upon an extremely important point: the Consecration to the Immaculate Heart would have preserved other consecrated nations from the devastation of war, as occurred with Portugal, which had been consecrated on the 13 May, 1931; but it would also have “lessened the days of tribulation”.

This letter followed after a previous letter written to Sister Lucia’s confessor, Father Goncalves, dated 18 May, 1936, in which Sister Lucia made reference to that which Our Lord deigned to communicate to her in secret: “The Holy Father! Pray, pray for the Holy Father! He will do it (the consecration), but it will be late. And yet the Immaculate Heart of Mary must save Russia. This has been assigned to her.” So, it is possible to note the reference to the delay in the consecration even four years prior, but also the mention of the possible beneficial effects the late consecration would have caused.

During those same years, Sister Lucia communicated another important revelation revealed to her by Our Lord. She was in Rianjo, a seaside location where she had been sent by her Superiors in order to recover from an illness. With a letter dated the 29 August, 1931, she informed her Bishop of this new Heavenly visit, in which Our Lord confirmed his approval for her prayer for the salvation of Russia, Spain, Portugal, Europe and the entire world. And he added these words: “Inform my ministers that since they have followed the example of the King of France by delaying my request (Louis XVI), they will also experience his same misfortune. But it will never be too late to appeal to Christ Jesus and Mary.” In 1936, when writing to Father Goncalves, she reminded him of the revelation she had received five years earlier: “They did not listen to my request. Just as was the case of the King of France, they will repent and then perform the request, but it will be late. Russia will have already spread its’ errors throughout the world, causing wars and the persecution of the Church. The Holy Father will have to suffer terribly!”.

We find ourselves once again confronted by the debate over whether or not it is  “too late”, vs. “it’s never too late”.

Another important clue is the letter which Sister Lucia gave to Pope St. John Paul II during their private meeting on the 13 May, 1982, during which the Carmelite Sister asked the Pope once again for the consecration of Russia, and explained that the third part of the Secret “which you so much desire to know, is a symbolic revelation referring to the part of the message connected to the acceptance – or lack thereof – of that which the selfsame message requests: “ If they listen to my request, Russia will convert and there will be peace; if not, Russia will spread its errors throughout the world…”. Sister Lucia stated that “since we did not listen to this call, we must recognize that this has occurred: Russia has invaded the world with its errors. And if we are not yet able to envision the final part of the prophecy, yet we still perceive that we are heading by leaps and bounds in that direction.” The final part of the vision regards the Pope, the bishops, religious orders and the Faithful being killed and their blood gathered up by Angels.

After the consecration of 1984, Sister Lucia met with Father Kondor, vice -postulant for the causes of canonization of Giacinta and Francisco: the two discussed the consecration performed by John Paul II, which Sister Lucia confirmed as having being done according to the requests of the Holy Virgin. But she also added “but anyway, it is late”; she also said to Father Kondor that the sign of God’s Acceptance was visible looking towards the East. More explicitly, in the last publication of How I understand the Message of the Course of Time and Events (2006), Sister Lucia made reference to a barely avoided atomic destruction “Everyone knows that we were experiencing one of the most critical moments in the History of Mankind, during which the great, mutually hostile powers were preparing for a nuclear war which would have destroyed the world . . .Who else could have been capable of inducing those arrogant men locked into their plans and projects of war,  locked in violent ideas and atheist ideologies which enslave and dominate; these men who believed themselves to be the lords of the world, who could possibly have induced them to overturn all of these plans?  Who else, if not God, by means of the Immaculate heart of Mary?”

This long overview provides a response to the question relating to the tardy 25 March consecration. Each day in which a Heavenly request is deferred is a lost day, a lost day in the protection of mankind from evil, a day which nurtures the growth of evil and its consequences. This is in itself an evil which could have been avoided. In this sense, the consecration has been made far too late, because Russia has spread its errors by the establishment of atheist materialism - both in its communist and liberal versions - pervading the most intimate aspects of human life.

The fruits of this sick tree, which the Holy Virgin desired to extirpate from its inception, are visible to all: desperation, laws against human life, trans-humanism, an economy hostile to mankind, to the point of attempting to control and manipulate human life in all its’ dimensions, internal and external. All of this could have been avoided, grasping the hand which the Holy Virgin, by the grace of Heaven, has extended to us on numerous occasions.  And it was not done. Therefore, yes: both looking back, and observing the present, it is late.

Yet it is also true that Heaven never abandons those who seek His aide: and for this reason, the act of consecration will not fail to lessen the days of trial, avoiding the end of all things; it will sustain the little ones who search for God, it will touch hardened hearts, it will open up new paths where all seemed closed, and will close the paths of death, which seem the only viable routes. If we look forward, then it is not too late. On the contrary: the seed of a new life has been sown; the seed which is not human and corruptible, which brings the strength and the tenderness of God to the world. The new exodus has begun.