Consecration of Russia, a decisive act that also requires penance

The announcement of the consecration of Russia and Ukraine is news of historical importance, linked both to the apparitions in Ukraine in 1914 and 1987 and to the request made by Our Lady at Fatima. It is also the affirmation of God's power over nations and the whole world, which finally puts God back at the centre of the world's life. But we must not forget that in Fatima Our Lady also asked for penance and reparation, because war is the consequence of our sins. 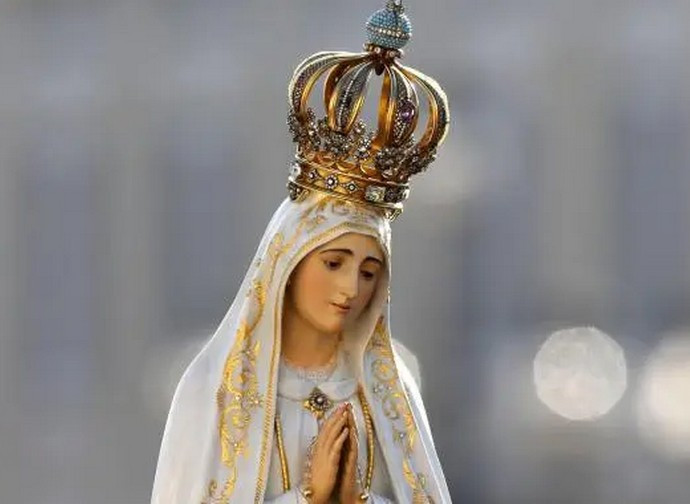 The announcement of the consecration of Russia and Ukraine by the Holy Father on 25 March, the Solemnity of the Annunciation of the Lord, which will be carried out "in parallel" at Fatima by Cardinal Krajewski, must be considered great news, news of historic importance. This is the Pope’s response to the appeal of the Ukrainian bishops, who have greeted the initiative with great joy and hope. Monsignor Sviatoslav Shevchuk, senior archbishop of the Greek-Catholic Church of Kiev-Halyč, explained (see here) that Ukrainian Catholics had asked for this action as early as 2014, at the beginning of the serious clashes in Ukraine, requests that have increased since last 24 February.

The significance of the act must be assessed from several points of view, beginning with the historical one. In 1037 the Grand Prince of Kievan Rus', Yaroslav I Vladimirovič, known as the Wise Man, consecrated his kingdom, which at the time included present-day Ukraine, Belarus, and part of Russia, to Our Lady, recognised as Queen of Ukraine. Nine hundred years later, just three years before the Fatima apparitions, the Queen of Ukraine had "returned" to warn her people, appearing in Hrushiv to twenty-two people who were working in the fields, foretelling the advent of atheistic communism in Russia, the world wars, and the great suffering that the Ukrainian people would experience because of communist Russia. The end of the suffering was announced again in Hrushiv, in 1987, to 12-year-old Maria Kyzyn.

The consecration of Russia, however, explicitly refers to Our Lady's request to the shepherd children of Fatima, a connection which Mgr Shevchuk expressed clearly (see here): "We are grateful to the Holy Father for having granted the request Our Lady made during the apparition of 13 July 1917 in Fatima, and of her children, to protect Ukraine and to stop ‘the errors of Russia, which promotes wars and persecutions of the Church’. So today we see the fulfilment of the words of Our Lady, who said: ‘The good will be martyred, the Holy Father will suffer greatly, various nations will be annihilated'".

The second reason for the importance of this act lies in the fact that we cannot fail to greet with great joy and approval the fact that our pastors, and united with them the faithful, recognise, at least implicitly, God's sovereign power not only over individuals, but also over nations and the entire world. We cannot forget the asphyxiating cultural and ecclesial context that we have been experiencing for years. A context that wants the world to be closed in on itself, that continues to claim the autonomy of earthly realities, relegating God to the "spirituality" of man, or rather of the individual, because it seems that God no longer has anything to do with the life of society and of nations. The consecration to Our Lady of two specific nations - and God willing the United States and Europe, which have done everything possible to bring the scourge of war upon themselves - breaks these taboos and finally puts God back at the centre of the life of the world and of the Church, directs the hopes of men where they should be directed, and brings men back to imploring help from on high.

If this finally uplifted gaze brings about a consecration to Our Lady - as it clearly appears from the communiqué of the Director of the Vatican Press Office, barring rash last-minute changes - then the initiative takes on further weight. For years certain theologians have been scandalised at the mere mention of consecration to Our Lady. Theologians have been whispering in the bishops' ears that one cannot speak of consecration, but only of entrustment. On the contrary, it is essential to become aware of how Heaven wants the act of consecration, that is, the act by which one "transfers" someone or something from the profane world to the sacred world, to be addressed to Mary Most Holy, as a sign of belonging to Her and to her lineage, in the fight against the infernal dragon (for more details, see here).

To consecrate nations, and in particular Russia, to the Immaculate Heart, as explicitly requested by Our Lady at Fatima, as a remedy against the calamities that overtake humanity because of the sins and abominations repeatedly committed, means handing these nations over to Our Lady, so that they may be delivered from the power of the evil one, who wants to use them to spread death, lies, and perdition everywhere, and transfer them to the ark of salvation, the Immaculate Heart of Mary. Therefore to save them and make them become instruments of good for the whole world.

But at Fatima Our Lady had clearly asked, together with the consecration, for Communion of reparation on the first five Saturdays, and for penance. In particular, in the third secret, we see the angel calling the world to penance three times. This means first of all recognising that war and calamities are means that God allows to chastise the world, and their strength is the sins of men. Our Lady uses precisely the term "chastisement", even if it is unpalatable. The real cause of the evil that afflicts us is our sins, our continual disobedience to God, trampling His commandments under our feet, our total lack of respect and devotion towards Him, the Supreme Good.

So, while we hope for peace, we must also be very careful not to regard consecration to Our Lady as a magical act, by which we obtain what suits us. It would be defying God to ask for peace and prosperity, without wanting to put an end to sin, without wanting to abandon a way of life, private and public, that offends God. Penance is absolutely necessary, as is reparation.

Providence wants this act to be announced and carried out during Lent, a time that has now been emptied of those penitential practices, now reduced to very little, such as fasting and abstinence from meat, that were offered for forty days as God's people, not just as generous initiatives of individuals. Perhaps the best way to support this act of consecration is to live these Lenten days as God has taught His Church for centuries: abstinence from meat (preferably all foods of animal origin) and fasting, i.e. only one meal a day, at eventide (which can be mitigated by one or two lighter meals). Practices that lie at the heart of the Church's tradition and which, who knows why, someone decided are no longer relevant.