Congo and Guinea, Ebola is back

Since February 3, Ebola has again struck the Democratic Republic of Congo: the first victim was a 42-year-old woman who died after two days. Meanwhile, the virus has also reappeared in Guinea. The WHO has alerted the countries most at risk, where Ebola, which has a lethality rate varying between 25 and 90%, is much more alarming than Covid. At least, compared to the past, there is more availability of vaccines. 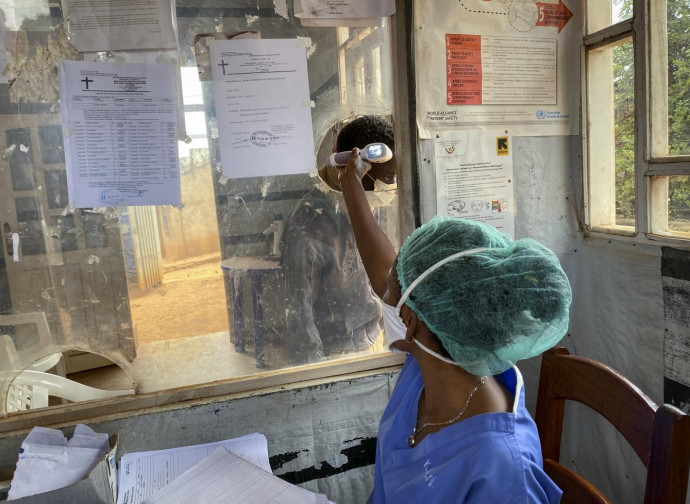 Just three months after the health authorities of the Democratic Republic of Congo declared the end of the second Ebola epidemic in three years in the western province of Équateur last November (the previous one was in 2018), the disease reappeared on 3 February in North Kivu, the eastern province. Together with Ituri, with which it borders, it had been affected from August 2018 to June 2020, with a serious toll of 2,287 deaths.

The first victim of the new outbreak was a 42-year-old woman who died only two days after the first symptoms appeared. She had been admitted to a hospital in Butembo, a city of more than 350,000 inhabitants, where the protocol envisaged by the World Health Organisation to contain the disease was immediately initiated: tracing people who had come into contact with the sick woman and sanitising the places where she had lived and visited during the 21 days of possible incubation. Within hours, the WHO identified more than 70 people who might have been infected. Six days later, another woman infected with the virus died. The next day, 11 February, the first vaccines were administered, starting with the health staff at the clinic where the first case occurred, from an emergency stock of 8,000 doses available in the country. The WHO is constantly monitoring the situation. The latest medical bulletin was issued on 23 February and reports seven confirmed cases and four deaths.

In the meantime, the Ebola virus also reappeared in Guinea-Conakry. On 14 February, the Guinean government announced the death of three people, which rose to five in the following days, and the discovery of ten suspected cases. Alarmingly, of the 125 people found to have come into contact with the sick on 16 February, 115 live in the south-eastern city of Nzérékoré, which has more than 200,000 inhabitants, and the other ten in the capital Conakry, which has more than 1.6 million inhabitants and is almost 900 kilometres from Nzérékoré.

It was in Guinea in December 2013 that the deadliest Ebola epidemic ever recorded began, ending in 2016 with a death toll of 11,323: 2,544 in Guinea and almost all the others in the two neighbouring states, Liberia and Sierra Leone, to which it had spread. The new epidemic broke out in much the same area as the previous one. At the time, it was international intervention that stopped the epidemic. The affected countries would not have been able to cope with the crisis on their own because their health systems were dramatically deficient even under normal conditions. Sierra Leone and Liberia in particular, fresh from two of the longest and bloodiest civil wars on the continent, had two doctors and one doctor per 100,000 inhabitants respectively at the time.

Today the situation has changed little. Liberia, where one suspected case has already been identified, now has four doctors, Sierra Leone three, and Guinea eight for every 100,000 inhabitants. It is important to avoid as far as possible the spread of Ebola to neighbouring countries. The WHO has therefore alerted Liberia, Sierra Leone, Guinea Bissau, Mali and Ivory Coast. Nigeria has also issued a red alert and ordered border controls to intercept suspected cases.

The positive aspect, compared to the past, is the availability of vaccines. Thanks to the GAVI Alliance, the international body set up in 2000 to improve access to vaccines, there is a reserve of half a million Ebola doses. However, Liberia, Sierra Leone and Guinea together have more than 22 million inhabitants, while the Democratic Republic of Congo has more than 105 million. Even assuming that they manage to contain the epidemics, more doses than the existing ones are needed. The concern is that pharmaceutical companies will not be able to produce more in time, especially as the Covid-19 epidemic absorbs immense resources and virtually all the world's attention.

In countries at risk, however, Ebola is far more alarming than the Coronavirus. It is not transmitted through the air. However, contact with even small amounts of body fluids from sick people and contaminated objects is enough to become infected. Moreover, it has a long incubation period and, above all, its lethality rate is terrifyingly high: according to the WHO, it can vary from 25 to 90 per cent. If nothing else, it seems from initial analyses that at least in the case of Congo, the virus is not a variant: it is the same one that caused the 2018-2020 epidemic.

Guinea has received the first 11,000 doses of Ebola vaccine, sent by the WHO, and began vaccinating people at risk on 24 February. More will come. But the country is in a critical health situation. Leaving aside Covid-19, measles, which is making a strong comeback in some districts, and yellow fever are rampant, and some 30 cases of polio, a disease that seemed to have been completely eradicated, have recently been reported. A vaccination campaign covering all children aged between 0 and 59 months is therefore urgently needed.

Congo is also faced with other epidemics that it is unable to eradicate. Since June 2020, 31 people have died of bubonic plague in Ituri, in the east of the country, which has been present in the region since at least 1926, when the first case was recorded. There, the shortcomings of a neglected health system (only seven doctors for every 100,000 inhabitants) are compounded by the problems created by the extreme insecurity in which health personnel are forced to work because of the dozens of armed groups that infest the region.