Confessional secrecy, the Vatican speaks up

The French Episcopal Conference is backtracking on its initial reactions to the violation of the sacramental seal, but it is the head of the Vatican’s Apostolic Penitentiary, Cardinal Piacenza, who has reaffirmed to ACI Stampa: “The secret cannot be touched”. 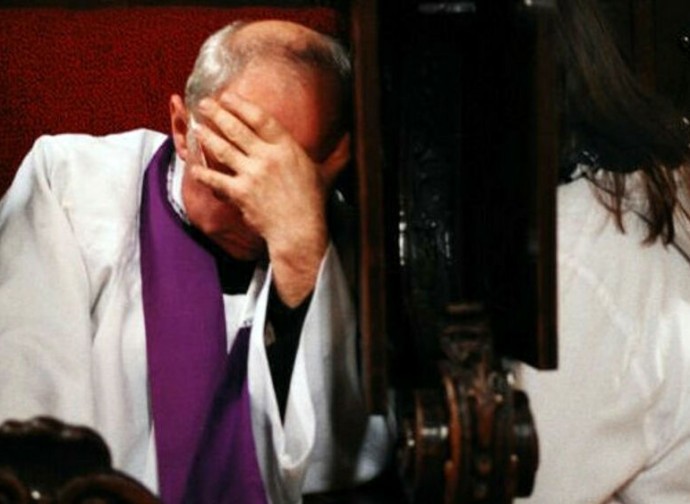 In France, the pressure on the sacramental seal is intensifying and the French Church appears anything but united and determined.

Last 6 October, the President of the French Episcopal Conference (EFC), Mgr Éric de Moulins-Beaufort, told France Info that “the secret of Confession is binding for us, and in this it is stronger than the laws of the Republic”. This response was certainly not to the liking of the Elysée Palace, where Interior Minister Gérald Darmanin promptly invited the president of the EFC for a discussion. But the comment probably did not go down well with the French bishops either, since on 12 October, the EFC published an official communiqué “clarifying” the words of Mgr Moulins-Beaufort, specifying that, on the same day, the Archbishop of Reims had gone to the Minister of the Interior to clarify “the clumsy wording of his reply in France Info last Wednesday morning [6 October]”.

What is clumsy about affirming the bond of the sacramental seal and its superiority to any human law is not known. On the contrary, the communiqué of the EFC foreshadows in a very worrying way an unclear “revision”: “The State's objective is to organise social life and regulate public order. For us Christians, faith appeals to the conscience of each individual, it calls for a relentless search for good, which cannot be achieved without respecting the laws of one's own country. The dimension of violence and sexual aggression against minors brought to light by the CIASE report requires the Church to review its practice in the light of this reality. Work is therefore needed to reconcile the nature of Confession and the need to protect children”.

The EFC evidently makes little distinction between just and unjust laws, between laws that respect the freedom of the Church and laws that seek to suppress it, and the desired revision of the Church's practice is therefore a cause for concern.

Mgr Moulins-Beaufort's position thus appears to be in the minority within the EFC. However, the Major Penitentiary, Cardinal Mauro Piacenza, has intervened in support of this position and has given an interesting and timely interview to ACI Stampa. After reiterating the position of the Catholic Church in its major magisterial texts, the cardinal recalled that the sacrament of Penance, “being an act of worship, cannot and must not be confused with a psychological session or a form of counselling. As a sacramental act, this sacrament must be protected in the name of freedom of religion and any interference must be considered illegitimate and harmful to the rights of conscience”.

Cardinal Piacenza also clarifies that there is no analogy “between the sacramental seal and the professional secrecy to which, for example, doctors, pharmacists, lawyers etc. are bound”, because “the secrecy of Confession [...] is not an obligation imposed from outside, but an intrinsic requirement of the sacrament, and as such cannot be released even by the penitent himself (cf. can. 1550 §2, n.2 CIC; can. 1231 §2, n.2 CCEO)”. And he returns to this fundamental aspect: “It is essential to insist on the incomparability of the Confessional seal with respect to professional secrecy, in order to avoid secular legislations on derogations from professional secrecy for just cause being applied to the inviolable Confessional secret”.

While pointing out that “there is certainly a duty to make reparation for an injustice perpetrated and to commit oneself sincerely to preventing the abuse from being repeated”, the Major Penitentiary also puts an end to the proposal that is spreading to oblige the penitent, as a conditio sine qua non to receive sacramental absolution, to report themself: “These serious duties linked to the path of conversion do not involve self-incrimination. However, the confessor must invite the penitent to reflect more deeply and evaluate the consequences of his actions, especially when another person has been suspected or unjustly condemned”.

Piacenza’s intervention reiterates what the Apostolic Penitentiary had clearly expressed in the 2019 Note: “The inviolable secrecy of Confession comes directly from revealed divine law and is rooted in the very nature of the sacrament, to the point of admitting no exception in the ecclesial sphere, let alone in the civil sphere”. The Note included a clarification on the essence of the sacramental seal, namely that it is not the Church that establishes it, “by virtue of its own authority”; instead, the Church “declares” - that is, it recognises as an irreducible fact, which derives precisely from the sanctity of the sacrament instituted by Christ - “that every priest who hears Confessions is obliged, under very severe penalties, to maintain absolute secrecy regarding the sins that his penitents have confessed to him” (CCC 1467). No authority on earth, not even the Pope, can therefore modify the sacramental reality in this essential aspect.

In the meantime, the French Prime Minister Jean Castex met the Pope yesterday (see here). From the statements he made, it is clear that Francis has also armoured the sacramental seal (“The Church will not go back on the dogma of the secret of Confession”, Castex declared, referring to Francis' position), but leaving options open to an unspecified search for “ways and means to reconcile the latter with criminal law and the law of the victims. He is fully aware of this”.