After the publication of the Instruction Memoriale Domini, Paul VI was subjected to considerable pressure to extend the indult to distribute Communion on the hand, even John Paul II was criticised. As was the case of the Bishop Battazzi of Ivrea who harshly called out Wojtyla. 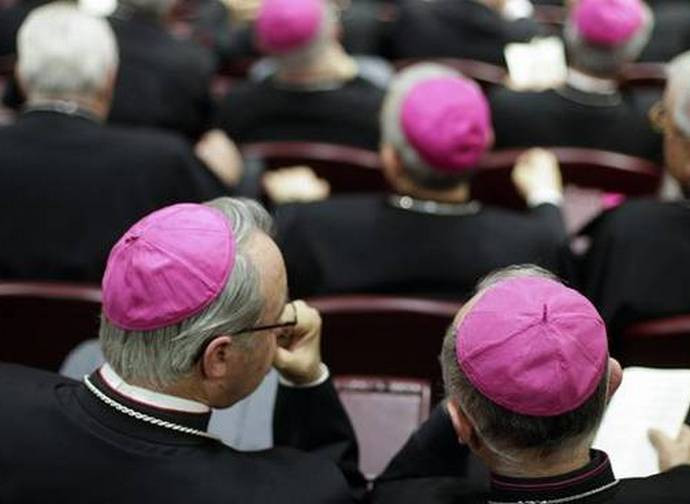 Someone perhaps will question if a book like that of Msgr. Laise, about which we have written here and here, penned a quarter-century ago, is not perhaps already obsolete. The successive reprintings, with various updatings and in different languages (five editions in Spanish (1st to 3rd in 1997, 4th in 2005, 5th published in New York in 2014), two in French (Paris 1999-2001), two Italian (2015), one in Polish (Krakow 2007), and five in English (2010, 2011, 2013, 2018, 2020)), proves, as the author himself has highlighted, that far beyond the circumstances of time and place which gave rise to this study, there are permanent aspects that can still be of interest to the reader, providing the following:

I would also like to add two other relevant testimonies that the book also contains. The first is an article by Professor Fr. Mauro Gagliardi (former consultor of the Office of Liturgical Celebrations of the Supreme Pontiff) in the review of the Faculty of Philosophy and Theology of the Pontifical Atheneum Regina Apostolorum entitled “L'autorità legislativa del Vescovo diocesano circa la distribuzione della Comunione sulla mano. Note di diritto liturgico" [The Legislative Authority of the Diocesan Bishop on the Distribution of Communion in the Hand: Notes on Liturgical Law] (Alpha Omega, XVI, n. 1, 2013 - pp. 127-138).

Not only is a section of this article dedicated to Bishop Laise and his decisions, even citing his book (n. 9, pp 135-136, "Un caso di non applicazione dell'indulto" [A Case of the Non-Application of the Indult]), but the entire article coincides with the position and exegesis of the Argentine prelate, as is noted in this affirmation: “If a bishop decides to not apply the indult in his diocese, it is not he who would be forbidding the distribution of Holy Communion on the hand, but rather the general norm confirmed by the Supreme Authority (the Supreme Pontiff Paul VI) by means of Memoriale Domini. The bishop would simply be choosing not to avail himself of an indult to that universal norm. In other words, in his diocese, such a bishop would be continuing to observe the traditional and binding norm without exceptions, a norm reconfirmed by Paul VI and never changed even to this day” (p. 135).

The other testimony is the doctoral thesis in Canon Law of Fr. Federico Bortoli, later published as “La distribuzione della comunione sulla mano: Profili storici, giuridici e pastorali” [The Distribution of Communion on the Hand: Historical, Juridical, and Pastoral Profiles], Cantagalli, Siena, 2018). Also here we find an entire chapter on the bishop of San Luis (2.6.3.  “L’indulto in Argentina, p. 178-188). Fr. Bortoli says of Msgr. Laise: “As a good canonist, he acted according to the norm of law, and the correctness of his work was confirmed by two Dicasteries of the Roman Curia.”

And then, about his book: “Further, from the responses of the Bishops’ Conferences to the investigation of 1976, as well as from the testimony of Msgr. Laise, we have clearly seen that that practice of Communion on the hand was promoted and incentivised by the conferences themselves and presented as the best way to receive the Eucharist, dispelling the idea that this was the desire of the Holy See and the Holy Father. In reality, as Laise himself has demonstrated, the purpose of the indult was not promoting the practice of Communion in the hand but rather assisting the Bishops’ Conferences where the practice was already in place and was difficult to remove.”

Bortoli’s book constitutes an “updating” of Laise’s book, since he included unpublished material in the context of his doctoral investigation that from now on will be obligatory reference material on this topic. However this “updating,” far from correcting or neglecting aspects of the work of the Argentine prelate, makes other things known that confirm his thesis and demonstrate the consequences of the indult, including things Laise would never have imagined.

Thus, not only is Paul VI’s refusal to introduce this way of receiving Communion in the 1960’s confirmed, supported by the historical testimony of Msgr. Laise, but also his intention to limit it and discourage it. On January 19, 1977, Paul VI directed that a pro-memoria be sent from the Secretariat of State to the Prefect of the Congregation for Divine Worship with the following direction: “Since this is a very delicate and important matter, His Holiness instructed me to send a copy of the writing to Your Most Reverend Eminence, with prayer to study how the suggestions indicated by the Most Eminent Prefect of the Sacred Congregation for the Causes of the Saints (Card. Bafile) may be given application.”

The suggestions were the following: “Suspending the concession of new indults, saying explicitly that where the indult was not granted the practice of Communion on the hand is illicit, and recalling that, even where the indult has been granted, the practice in question is to be discouraged.” The reasons for this were “the decrease of Eucharistic piety, the dispersion of fragments, the facilitation of sacrileges through the stealing of the Consecrated Host, and the impossibility on the part of the priest to refuse to distribute Communion on the hand, despite all of these inconveniences.” But this indication was not welcomed by the Prefect of the Congregation for Divine Worship, Cardinal Knox. One year later, on February 1, 1978, the Secretary of State wrote another letter, on behalf of Paul VI, requesting that the extension of the practice of Communion on the hand be forbidden, but the response was once again negative.

Finally the Secretariat of State once again sent the order of the Pope (this time John Paul II) to suspend the granting of new indults, and even if this time with success, the disposition was met with strong resistance. For example, on December 21, 1984, the Bishop of Ivrea (near Turin) Msgr. Luigi Bettazzi sent his Christmas greetings to John Paul II and used the occasion to express his opinion on what he called “a problem, perhaps a very marginal one, but emblematic,” that is, the practice of Communion on the hand. Bettazi expressed his regret that the Italian Bishops’ Conference still had not obtained the indult and criticised John Paul II for having suspended the possibility of new concessions, saying to him: “It does not seem just to utilise your authority in this way.”

After five years, in February 1985, the granting of indults once again recommenced.