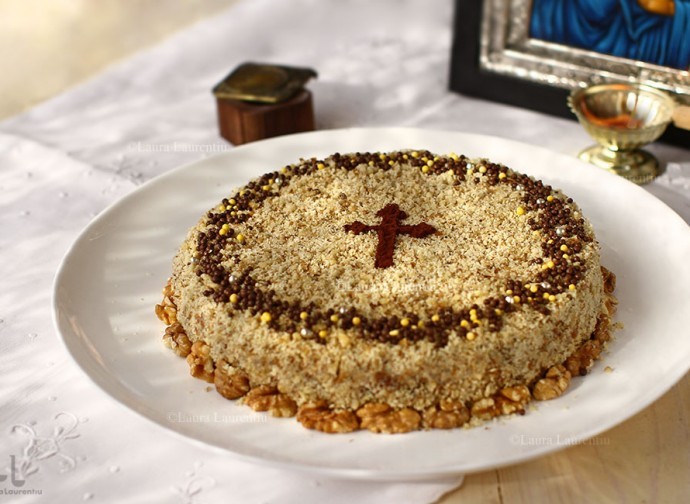 There is a multitude of traditional dishes that are related to the feast of St Lucy. I have chosen a recipe used in Greek Orthodox countries, a dish that is served both to commemorate the dead and on St Lucy's feast day. It originates in the commemoration of the miracle of St Lucy in Syracuse during the famine of 1646 mentioned in the article (the arrival of the ship full of wheat, which the population did not grind, but ate it boiled.

Wash the wheat in water nine times (it’s traditional). Place in cold salted water over a medium-high flame, without a lid. Remove the foam which forms on the surface. Lower the heat. Stir occasionally. You will see the grains open up and "bloom". After 20-30 minutes the grain is cooked. Remove the pot from the heat and cover it with a lid. Leave it to stand until the following day.

Mix well with your hands, until you feel that the mixture becomes soft and malleable. Taste and, if it does not seem sweet enough, add sugar. This is not a 'fixed' recipe, you can also add extra flavourings (more rum, more vanilla, more nuts...).

Arrange the mixture on a plate in a round shape. Garnish with walnuts, sugared almonds and unsweetened cocoa. Form a cross on the surface of the cake with the confetti sprinkles or cocoa powder.

It will keep for a week in the fridge.