The G20 environment ministers have failed in their attempt to ban coal by 2025. The reason is simple: coal is the main source of electricity for developing countries (and will be for a long time to come) and without electricity there is no economic growth. 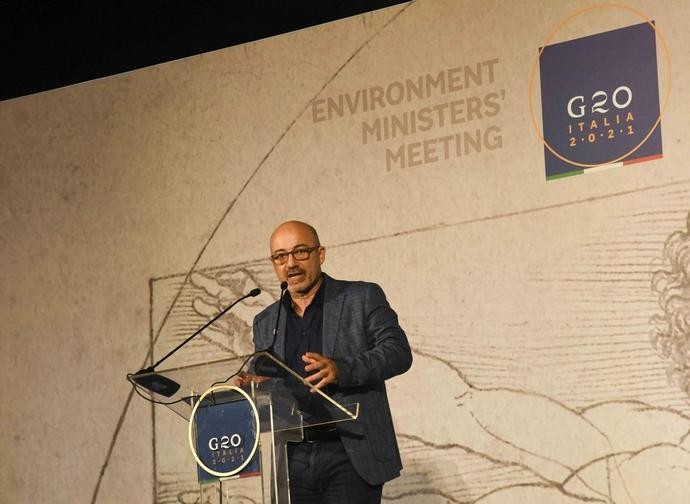 The energy transition can wait. With all public attention focused on the Green Pass and Covid, the substantial failure of the G20 Environment Ministers' meeting, held in Naples last week under the Italian presidency, went unnoticed. Ideology has once again had to reckon with reality.

Although Roberto Cingolani [Italian Minister for Ecological Transition] tried to mask the defeat by claiming that agreement was found on 58 out of 60 points of the programme, and that it was finally established that there is a relationship between climate and energy, the problem is that the two missing points were considered fundamental in view of the next COP26 to be held in Glasgow in November (with Pope Francis also attending). COP26 (the UN Climate Change Conference of the Parties) meets annually to negotiate new measures to combat climate change, and the G20 environment ministers' meeting was a key milestone given that the countries present at this forum represent 80% of the world's GDP.

The crucial issues on which there is no agreement are the reinforcement of the commitment to curb the presumed increase in global temperatures to +1.5°C within 10 years (compared to the 2015 Paris Agreements that allowed for up to +2°C) and the ban on coal by 2025. This last point is especially important because on the one hand coal has become the symbol of the fight against fossil fuels, but on the other – whether we like it or not – the development prospects of emerging countries depend on the use of coal. It is no coincidence that the insuperable obstacle to the agreement is represented by China and India.

Two reports published in recent weeks – BP's Statistical Review of World Energy and the International Energy Agency's (IEA) Report on Global Electricity Demand – show why we are facing an insuperable hurdle. The first point to bear in mind is that even if you want to show theoretically that the climate depends on energy use (implying that we need to drastically reduce this consumption), the reality is that the whole economy depends on electricity, the most important form of energy.

So much so that despite the fact that world GDP fell by 3.5% in 2020 due to lockdowns, electricity use fell by just 0.9%. In particular, demand for electricity is growing rapidly in developing countries, and here we must bear in mind that more than three billion people in the world live in places where annual electricity use is less than the average single refrigerator in the United States consumes, i.e. one thousand kilowatt hours per year. The map of world poverty is, in fact, perfectly superimposable on the map of lack of electricity. Put simply: no electricity, no development. The IEA therefore predicts an increase in demand for electricity of 5% this year and a further 4% in 2022.

Second step: globally, coal accounts for 37% of electricity sources, but this percentage skyrockets in developing countries. To get an idea of the importance of coal in the process of economic growth, it should be borne in mind that developing countries account for 61% of global energy demand and that these same countries account for 82% of coal consumption, which is almost entirely concentrated in Asia.

Thirdly, China alone consumes more than half of the world's coal, and demand continues to grow. In 2020, while coal-fired electricity production in the United States fell by 20%, it increased by a further 1% in China. This is despite the fact that, thanks in part to international incentives, electricity from solar and wind power is booming in China. Coal in China currently produces seven times the amount of electricity from renewables. To think that within four years China will stop consuming coal is simply ludicrous.

All this suggests that, no matter how much we increase the production of energy from renewables, globally renewables will continue to be marginal because they are so much more expensive and less reliable. The fact that in Europe we can afford the cost of solar panels for the electricity of all new apartment blocks cannot be taken as a yardstick for understanding global needs. Countries do what they can to produce the energy they need at an affordable cost. And in this respect, coal is the main resource for developing countries, and will be for a long time to come, so much so that the IEA predicts that by 2022 coal consumption will rise to its highest level ever.

This is the reality: the various Green deals and similar niceties are the prattle of intellectuals and ideologists, who are in fact destroying the Western economy in the name of a climate emergency that does not exist and a cause-effect link between energy consumption and climate disasters that no one has ever proven.

To think that China, India and all the emerging countries will give up economic development to please the various Cingolani and the like who crack the whip in the United States and Europe is part of the ideological folly of our time.