CNN gags the truth on the Turin Shroud

Last December 12, CNN dedicated a long and abundantly illustrated article to the Holy Shroud, where my declarations have been manipulated to give the idea of the emotional passion of those who approach the Shroud believing in its authenticity, in contrast to the scientific rigour of those who consider it false. It is really a bad example of journalism, a poor and unprofessional article. 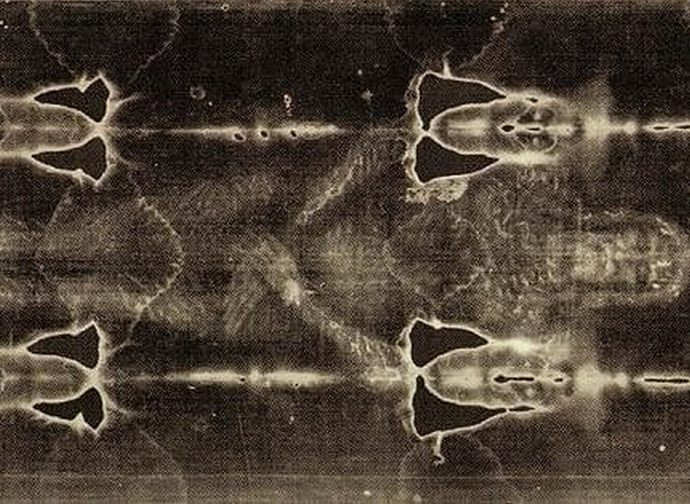 As an unexpected Christmas present, last December 12, CNN dedicated a long and abundantly illustrated article to the Holy Shroud in the "travel" section (here). My journalistic friends have always told me that to obtain substantial coverage in the mass media, especially the most important ones, we need news, an event; at least to attach the piece. I’m therefore curious to read what had happened, as I had neither heard rumours of any new discoveries nor of another ostentation on the horizon. To my great surprise, I discover that the person in the limelight is the undersigned, who at the age of 24 heard about the Holy Shroud from a nun for the first time and remained skeptical about its authenticity; not exactly a scoop considering I've been telling that story for the last 42 years in my public lectures.

I then try to remember who a certain Julia Buckley is, the author of the article, and I find among my emails that the journalist contacted me on September 12 last year, telling me that she works for CNN from London. I deduced that she must have read at least one of the many newspaper articles that for months have been bouncing the news around, even in England - yes, a resounding piece - of the March 22 issue of Archaeometry with an important scientific article, which denies the validity of the famous radiocarbon analysis of the Holy Shroud. The first ever to talk about it was, on March 28, La Bussola Quotidiana (here). It returned to the subject on May 4  on the occasion of an important conference held at the University of Catania.

The diligent Julia wants to interview me and exerts some pressure to have her 14 questions answered, which focus primarily on my story, my personal experience and the meaning of the Holy Shroud. She says she is interested in my work and wants to understand the mentality of pilgrims. I immediately set to work. Her most important question, in my opinion, is this: "Why do you think the 1988 dating is wrong?" In the answer, of course, I quote the article by Archaeometry.

On September 20, I send Buckley my ample answers, 20,000 characters, which is followed immediately by a disturbing silence. Not even a thank you, not even an answer to my usual automatic request for a reading notice (moreover, the journalist did not even inform me of the article's release; a way to apologise for the previous silence).

Now I understand why: her real intention was to write an article which underscored the emotional passion of those who approach the Shroud believing in its authenticity, in contrast to the scientific rigour of those who consider it false. To get this message across, the Archaeometry article was shamefully - and awkwardly -omitted, it was too inconvenient. Instead, a tour guide and a psychology professor expert in paranormal beliefs are given a voice. Prominence is given to an article by Matteo Borrini and Luigi Garlaschelli, which in 2018 declared the Shroud false on the basis of their analysis of the blood stains, research largely denied by other scholars: it was widely discussed in La Bussola Quotidiana on the July 18, 2018 and 21 February, 2019.

The interviews in the article are used - and only God knows to what extent they were edited and adapted by Buckley, given what she did with mine - in order to reduce the Shroud to a freak show, good only to arouse emotions. To give the reader a better idea of the curious, ignorant and gullible pilgrim, the piece was accompanied not only by a chronological table that stops at 2018 - for researchers who consider the blood stains to be fake - and by a photo of the frontal figure of the Man of the Shroud with the "inconsistent" blood splatters with a true crucifixion, but also with nine other images that portray pilgrims standing in a row or taking photos, souvenirs, images and prayer cards depicting the Shroud - pointing out that it is a great money spinner for the sellers - and finally a face of Jesus on a scarf, with the caption that illustrates how this stuff is “popular among Catholics.” Would the Shroud really give rise to such a big market in Turin? On Christmas Eve? Without even an exposition of the Holy Shroud? I believe that poor Julia has never set foot in Turin in her life and above all she has not served CNN well by writing such a poor and unprofessional article.

In the wake of her piece, another even more ridiculous article, penned by Sean Martin for the Express, stated: "But now a group of Christians believe the ancient cloth was sent by God, even if it was not draped over Christ, as the item itself is Biblical in itself and drew more believers towards Christianity.” In this article the lion's share is allocated to the article by Borrini and Garlaschelli, obviously without mentioning the criticisms they received. This is how the British and Americans are informed, totally divorced from reality.