CIA report on UFO’s: is it a social experiment?

The CIA has stated it’s publishing its investigations on UFOs. What is happening recalls the US broadcaster CBS strange "joke" when it panicked the American population by staging ‘The War of the Worlds’ by HG Wells, honorary vice-president of the Portman Clinic, arm of the Tavistock Institute that conducted research on the "change of paradigm" which studied the drastic and complete change of thought following a psychological shock. It raises suspicions about the motives for the disclosure of the secret material. 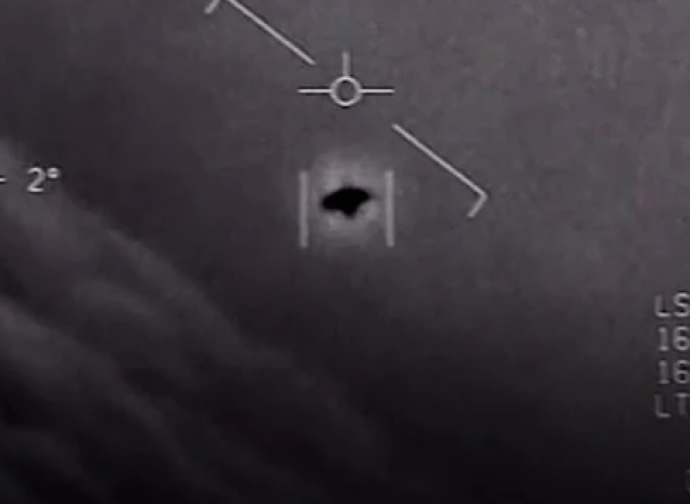 Are there any intelligent life forms on earth? Excuse me, I mean are there intelligent life forms in space?
The CIA, for some reason, is releasing a report on its UFO investigations. It must be a really serious matter, because an influential former President of the United States and Nobel Peace Prize winner, Barak Obama, gambled his credibility on the matter: "There are films and recordings of objects in the skies that we do not know exactly what they are. We can't explain how they moved, their trajectory. They did not have an easily explainable pattern. And so, you know, I think that people still take seriously trying to investigate and figure out what that is." Can we imagine more serious and authoritative sources than this?

The business of UFO sightings began in 1947, in the United States; since then reports of sightings have multiplied all over the world, with photos, videos and testimonies. However, there is a curious episode that anticipates the beginning of this story by at least a decade.

In 1938, the CBS radio station aired a drama called ‘The War of the Worlds’. Played by a then 23-year-old Orson Wells, it was designed to look as realistic as possible, broadcasting episodes as if they were breaking news or the excited voices of people watching background events. The result was a wave of generalised panic that hit a large part of the US population, convinced that shortly thereafter, due to UFOs, the end of the world was inevitable. The play was based on a novel of the same name by Herbert George Wells.

The famous English writer HG Wells studied biology with "Darwin's guard dog", Thomas Henry Huxley, grandfather of Julian and Aldous Huxley with whom Wells collaborated; he was Margaret Sanger’s lover for several years, the best-known abortionist and eugenist activist in the world; he was a (very active) member of the Fabian Society, the most important socialist organization in the world which, in 1895, founded the most important liberal institution in the world, the London School of Economics. Wells conducted his battles through literature, especially science fiction literature; among these writings, The War of the Worlds, of 1897. He was also honorary vice-president of the Portman Clinic, an arm of the Tavistock Institute that deals with psychological experiments on children, sociopaths and criminals.

The Tavistock Institute has distinguished itself, over the years, for its research on the so-called "paradigm shift" (a term which has recently also entered ecclesiastical language), which consists in the drastic and complete change of thought following a psychological shock. The origin of the paradigm shift studies dates back to the First World War, when Tavistock noticed that it was very easy to deconstruct and completely reconstruct the mentality of soldiers who had suffered shell-shock: shock caused by the trauma of combat. British scientists realised that the same effect could be induced by any shock, such as electroshock, the use of drugs (LSD in particular) or catastrophes of any kind (wars, natural disasters, economic disasters ...).

In the case of the generalised panic caused by the 1938 broadcast, CBS’s predictable response was "It was just a joke ...". The question is, but if instead it was an experiment and what if someone wanted to test the credulity of the population in the media and the authorities? What if the goal had been to test the reaction of the masses in the face of a hypothetical alien invasion? Given Wells' background, it is a perfectly reasonable hypothesis.

And what about now for instance? What is the point of disclosing top secret UFO material by the world's top authorities with Obama‘s signature? What (more) can we expect?