Christmas, the irrepressible joy of the Church’s liturgy

An excursus of the introits of the Christmas masses, sung in Gregorian chant, enables us to live the same experience of expectation, the vision of the incarnate God and the contemplation of the Theotokos experienced by the shepherds. Gregorian chant, as the Second Vatican Council states, is an irreplaceable nourishment for the faithful. 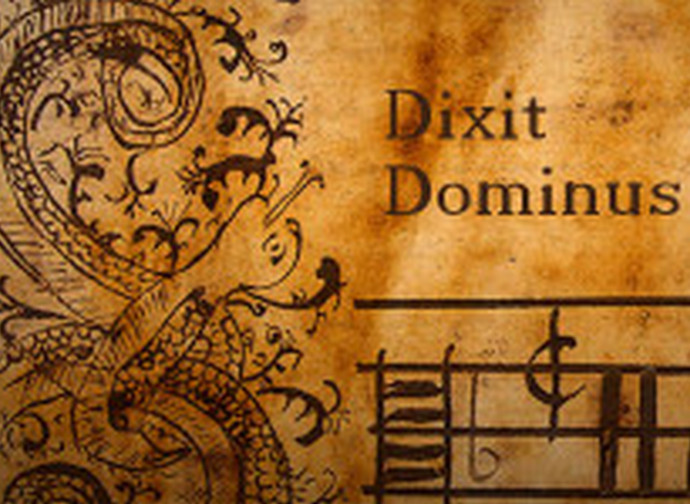 Centuries of faith have gifted the Church and the whole world a liturgical masterpiece on Christmas night and day. The custom of the Church of Jerusalem in the 4th century, attested to by the pilgrim Egeria, of celebrating the Holy Eucharist three times - at midnight, at dawn, and on Christmas Day -expresses the Church's irrepressible joy in celebrating the mystery of the Incarnation and birth of her Bridegroom and Redeemer. The Church of Rome has made it its own, even maintaining the custom of celebrating the three Masses in three different basilicas, respectively Santa Maria Maggiore, also known as Sancta Maria ad praesepem, the Bethlehem of Rome, St Anastasia Martyr, and St Peter's in the Vatican.

Over the centuries, the Christmas liturgy has developed into a long and marvellous prayer vigil, not only not to be outdone by those shepherds who, two thousand years ago, kept vigil all night and had the gift of hearing the angels' song, seeing the incarnate God, and contemplating the Theotokos, but also to express the vigilant expectation, full of hope, of the new coming of the Son of God as Lord of history.

In this way, before the liturgical reform, on the morning of the eve of the nativity, the Introit and the Gradual stretched the chord of desire as much as possible: Hodie scietis, quia veniet Dominus, et salvabit nos: et mane videbitis gloriam ejus - Today you will know that the Lord will come to save us, and tomorrow you will see His glory. The antiphon to the Magnificat of Vespers again called upon mankind not to disperse in order to unite all its faculties in the great expectation: Cum ortus fuerit sol de caelo, videbitis Regem regum procedentem a Patre, tamquam sponsum de thalamo suo - When the sun has risen, you will see the King of kings proceeding from the Father, like a bridegroom (coming) out of his chamber.

The psalmody, responsories, and readings of Matins, concluded by the singing of the Te Deum, lead the vigil until midnight, the moment of the celebration of the first Mass. The entire Proper of the Missa in nocte revolves around the eternal generation of the Son from the Father. That child whom the Mass of the day will greet as "born for us" is first and foremost the eternal Son of the eternal Father. He is His Son, before being our brother. Dominus dixit ad me: Filius meus es tu, ego hodie genui te - The Lord has said to me: You are my Son, today I have begotten you (here the Gregorian version, and here a version according to the ancient Roman chant). This introit, on the second Gregorian mode, which is essentially developed in the interval re-fa, lets us hear the words that the Son Himself addresses to us to make us partakers of the unfathomable mystery of His generation from the Father, taking them from Psalm 2. It is a simple melody, as simple as God is; sober, to support the atmosphere of profound adoration and contemplation of the Holy Night. If one looks at the neumatic notation of this introit, one can note the characteristic presence of two distrophes and three tristrophes: the former on the two syllables of dixit, the latter on the syllable -mi of Dominus and on the -o of ego and hodie. A structure that refers to the double mystery sung in the antiphon: the two natures in the Son, the second Person of the divine Trinity.

Once the Mass is over, the Lauds begin immediately and, after a little rest, the First hour, at the end of which the Missa in aurora is celebrated. At sunrise, the Church raises its hymn to greet the One who has come to visit us as the rising sun (cf. Lk 1:78). The fifth of the O Antiphons of Advent had invoked the Lord Jesus as the "orient", the splendour of eternal light and the sun of justice, imploring Him to come soon to enlighten us who sit in darkness and in the shadow of death: O Oriens, splendor lucis aeternae, et sol justitiae: veni, et illumina sedentes in tenebris, et umbra mortis. Now, the Introit of the aurora Mass greets the Light from Light, which radiates from the Child lying in the manger and who is far more than a mere infant: Lux fulgebit hodie super nos: quia natus est nobis Dominus: et vocabitur Admirabilis, Deus, Princeps pacis, Pater futuri saeculi: cujus regni non erit finis - Today the light will shine upon us, for the Lord is born for us; and he will be called Admirable, God, Prince of Peace, Father of the future age, whose reign will have no end. The text is the original weaving of the ninth chapter of the prophet Isaiah, with its well-known incipit: "The people who walked in darkness saw a great light; on those who dwelt in the land of darkness a light shone”. The hodie of the eternal generation, before the light was created, is answered by the hodie of the generation in the time of the uncreated Light.

After another short pause, the liturgy includes the singing of the Third hour, which introduces the Missa in die: this is the oldest Mass, to which the other two were later added. The Introit is the splendid response to the long wait of the Advent season, the image of the wait of the centuries: Puer natus est nobis, et filius datus est nobis: cujus imperium super humerum ejus: et vocabitur nomen ejus, magni consilii Angelus - A child is born to us, a son is given to us, on His shoulders is [the sign of] sovereignty, and He will be called the Angel of Great Counsel. This text, once again taken from the ninth chapter of the prophet Isaiah, resounds on the first syllable of Puer and on the et that introduces filius a fifth interval (sol-re), immediately placing the emphasis on the child (puer) born for us, recognised nevertheless not as just any child, but as the King greeted by a double trumpet blast. And indeed, the text that follows speaks of His sovereignty, with an emphasis precisely on the word imperium.

The Proper of the Mass of the day - as well as of the other two Masses - create a different liturgical climate from the one we are used to when thinking of Christmas. What is proclaimed is the mystery of the great King (Introit), of the salvation long awaited and now shown to all (Gradual), of the Lord to whom all nations owe adoration (Alleluia), of the God to whom the heavens and the earth belong (Offertory). Far from losing sight of God's humility, the interweaving of these antiphons creates the right tension of spirit before the unspeakable mystery of the God who becomes man while remaining God, of the King who becomes servant while maintaining his kingship.

The Gregorian chant continues to be the proper chant of the Roman liturgy, to which the principal place must be reserved; it is not the Council of Trent that affirms this, but Vatican II (SC, 116). Yet, the sad reality is that it has been expelled from church celebrations, thus depriving the faithful of an irreplaceable nourishment. The Gregorian chant is the soul of the Church's liturgy, with its references and peculiarities that set the tone for every feast and period of the liturgical year, in the Mass as in the Divine Office; but no place is found for it, just as for the Son of God. It retains all its vigour, however: one only needs to find the humility to welcome it and listen to it.