Christmas Masses under attack in Europe and USA

The European Commission's anti-Covid guidelines recommend EU Member States limit the celebration of Christmas Masses with the faithful and encourage religious ceremonies on TV. At the same time Christmas masses have been prohibited in Belgium, in France the government and the bishops are engaged in a tug-of-war and in Italy an obligation to anticipate midnight masses has been imposed. This amounts to an unprecedented attack on the freedom of the Church. We now await a response from Pope Francis. Until now he has openly supported government-imposed lockdowns and his addresses are used in the United States by Jeffrey Sachs, for years one of the principal advisors of Santa Marta, to support church closures. 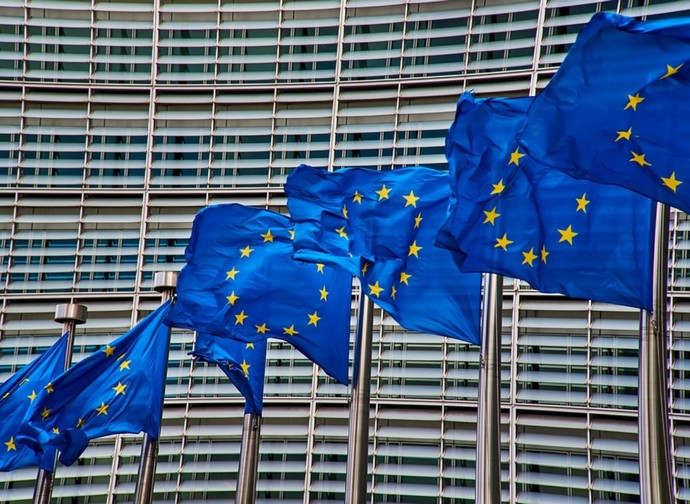 "In case of religious ceremonies, consider avoiding large services or using online, TV or radio broadcasts, allocating specific spots for close families (" household bubbles ") to sit together, and banning of communal singing". So, even the European Commission has decided to butt in on the subject of Masses. This recommendation is in fact found in the guidelines that the Commission has communicated to the European Parliament, with the title "Staying safe from COVID-19 during winter".

There is no express mention of Christmas Masses, but given the period - as well as the reference to "community songs" - it is clear what is being referred to. Masses are not prohibited, but remote functions are strongly encouraged. The invitation of the European Commission comes while in several countries of the continent there is a "war against Masses" in progress: in Belgium masses have been banned until January 15, in France there is a tug-of-war between President Macron on the one hand and the Council of State and Catholic bishops on the other; in Italy, the midnight Masses have been brought forward to respect the government imposed curfew at 10pm.

By now, it becomes difficult to deny that we are facing a gratuitous attack on the Mass and every visible Christian presence. In recent weeks, public Masses have already been suspended in several European countries; and where they are still celebrated - as in Italy - exaggerated measures must be complied to avoid dangerous contact. At Christmas the same measures would apply, so the EU alarm is completely misguided, especially since churches have never been reported as hotbeds of viral contagion.

For the umpteenth time, this proves the real issue at stake in the Mass debate is not the health of citizens but is, instead, religious liberty. What we are witnessing is evidence of State encroachment (whether national or European) in the life of the Church. Moreover, in the face of lukewarm or non-existent reactions by bishops (depending on the country in question), the State is becoming ever more bold.

With the latest European Commission intervention, the bar has been raised even higher, or rather, the leash has grown ever tighter on Churches. Even if the soon-to-be released guidelines are not binding, they are nevertheless a formidable weapon for applying political pressure.

There are some bishops who have begun to realise what is at stake: in France it was the bishops who promoted the appeal to the Council of State against Macron's decision to impose the maximum number of 30 faithful present at each mass. And in Italy, despite the acquiescence of the Episcopal Conference which wants to avoid any possible conflict with the government, some pastors are beginning to speak out. This is the case of Monsignor Massimo Camisasca, Bishop of Reggio Emilia who, speaking on the TV channel Rete4, expressed very clearly the problem posed by these government interferences: "As a citizen, I am very attentive to what the State asks of me and I absolutely want to safeguard my health and that of my neighbour. But at the same time, I do not want a State that intervenes and regulate what is for the Church to decide. So we must be very careful about this point, that is, the symbolic, cultural and religious meanings of what the Church lives."

Eyes are now on the pope’s residence of Santa Marta. Hitherto, Pope Francis has been the main supporter of total obedience to government imposed lockdowns. The Pope has already cancelled the traditional December 8th Immaculate Conception ceremony in front of Rome’s Spanish Steps and, although the Vatican’s program of Christmas celebrations has not yet been made public, a minimum presence of the faithful is already a given requirement. Moreover, even in previews of his latest book, Let us Dream, Pope Francis severely criticises those who protest against lockdown measures.

Now the European Commission’s guidelines and some government decisions might be cause for embarrassment. Or perhaps they won’t. In the United States, Pope Francis's approach to Covid and lockdowns – as highlighted in a New York Times editorial , taken from part of his new book that deals with the same theme - has served to support the State of New York’s decision to close churches and other centres of worship. It was no coincidence that Jeffrey Sachs, the UN economist and champion of sustainable development and who over the years has become a real guru in the Vatican, wrote such venomous words against the Supreme Court justices who rejected the New York measure in the name of religious liberty.

Sachs, in a long article written for CNN, took issue especially with the newly Trump appointed justice, Amy Coney Barrett, who has changed the balance of the Supreme Court. Sachs claims that it is science (but whose science?) which should determine such decisions. If science says that closing churches serves to save lives, then there is no religious freedom that may object, says Sachs. Too bad that the equation of closing churches = saving lives is yet to be proven. It is also interesting to note how Sachs cites to his favour Pope Francis who accepted the quarantine while "shifting to online Mass[es].”

Paraphrasing the Francis’s New York Times article, Sachs again says the pope "makes the point that the common good takes precedence over simplistic appeals to "personal freedom" in protests against justified public health measures."  In terms of what interests us, Sachs' vision is that once science has clarified what the common good is, religious leaders must join politicians and scientists in promoting it. Religions, in brief, become the handmaidens of power. We can be sure that Sachs is in the Vatican for precisely this very same purpose. This is how, for example, we can explain that the encyclical Laudato Si' and the Economy of Francesco conference (both recipients of Sachs’ critical advice) both move in precisely this direction.

In order to use Pope Francis’s arguments to justify church closures, we would need a clear answer from the Vatican. The European Commission guidelines provide the right opportunity to bring the Holy See out of its ambiguity. Or would that amount to alluding ourselves.