«Christian marriage is possible. Reasons why»

«There is a wrong way to conduct pastoral care in the Church, it is to try to solve problems. Instead pastoral care should have a positive proposal at its core, which is to help people live the beauty.» The person to invert the perspective is Stephan Kampowski, professor of Philosophical Anthropology.
- ARTICOLO ORIGINALE IN ITALIANO 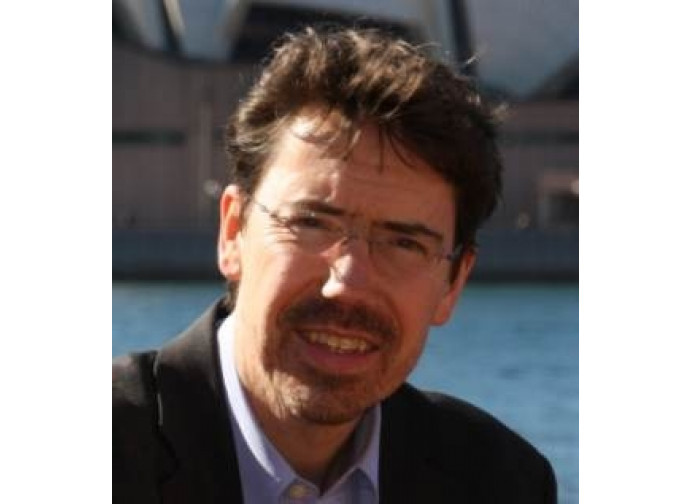 «There is a wrong way to conduct pastoral care in the Church, it is to try to solve problems. Instead pastoral care should have a positive proposal at its core, which is to help people live the experience of beauty.» The person to invert the perspective, which affected even how the recent Extraordinary Synod spoke of the family, is Stephan Kampowski, professor of Philosophical Anthropology at the John Paul II Institute for Studies on Marriage and Family at the Pontifical Lateran University in Rome. Kampowski has written several papers on the theme of the family and is co-author with Juan Jose Perez-Soba of a book - The Gospel of the family in the synodal debate on Kasper's proposal (Ignatius Press, 2014) - which animated the debate before and during the Synod. We met in his small professor's office in the university which he shares with the Polish philosopher Stanislaw Grygiel.

Professor Kampowski, many positions expressed at the Synod on the family and which are presently being re-launched in view of the second round in October, give the impression that even when it comes to evangelism the main idea is about how to solve the problems of the world rather than worrying about bringing people to God ...
This is a sore point. At the moment the method for pastoral care in the Church is to try to solve problems. They say, there is a problem, conduct an analysis and then consider how to respond to it. But with this approach you are always one step behind, because problems often originate in different places from where they appear. In our book we propose an approach to pastoral care which offers to help people experience the beauty of family life. If we focus on the problems we are determined by circumstances, rather than proposing something positive, true and beautiful which as a consequence will solve many problems, as John Paul II demonstrated.

You can even grasp this from the Instrumentum Laboris prepared by the Synod, where it is stated, that the Church's teaching on marriage and family is largely unknown, but it also says: "A good number of Episcopal Conferences note that where it transmits the teaching of the Church in depth with its authentic human and Christian beauty, it is enthusiastically accepted by a large part of the faithful "(n. 13). Here's the point: instead of trying to fix problems here and there, we propose a vision of man that is healthy, beautiful and also livable. So problems are solved at the root.

A good number of episcopal conferences mention that, when the teaching of the Church is clearly communicated in its authentic, human and Christian beauty, it is enthusiastically received for the most part by the faithful.

You mentioned John Paul II who also proposed in Familiaris Consortio (1981) the same positive view of marriage and the family. But today many consider Familiaris Consortio out of date.
That very passage I just mentioned from the Instrumentum Laboris suggests that if there is a problem with Familiaris Consortio, it is because in many places it was never introduced and implemented. Where his teachings were observed, there are testimonies of how they bear abundant fruit. It is true that the document, published more than 30 years ago, did not deal with some issues that today have become major challenges, such as homosexual unions or the ideology of gender. But these new arguments do not invalidate the substance of the document, which continues to be the Magna Carta of Church teaching on marriage and the family.

In your book you value a statement made by Kasper when he says that the beauty of the family needs to be seen, because beauty attracts. But this statement seems to imply that defending the family is a pointless battle because if one witnesses this beauty others notice and follow ....
No, this is not the case. The title of Kasper's speech at the Consistory is great: "The family is good news." But just because it is good news, it should be proposed and also defended where it is challenged. But, there is a different contradiction in Kasper's discourse at the Consistory.

Perhaps we need to clarify the meaning of indissolubility.
In marriage things can go wrong at some point, one of the two can go astray, even do awful things. Let's take an example: the man begins to beat his children, his wife does not know what to do. She tells her husband to stop, but he continues, then the woman says: I am taking my children away before something irreparable happens, I'm leaving. But does this mean the marriage is broken because of this? No. To say that marriage is indissoluble is not saying every marriage must be heaven on earth. There may be tragic situations, extremely painful. But the beauty of the  indissoluble bond, this link, means that the couple are happier, their life is more beautiful if they remain faithful to each other even if cohabitation is not currently possible. Life is more beautiful if I don't try to get married again. It's like saying: the door is always open for you, you are still my only love, a light is always on in my room, the bed is empty, I feel alone because I miss you, and I think of you and love you and pray for you to come back. This is beautiful: to never stop hoping. Cardinal Kasper speaks of a marriage "definitively failed." But who says that it is definitively failed? Only if one enters a new relationship with new commitments, then the situation becomes paradoxical, with no way out: commitments here and there children here and there.

When we talk about the beauty of marriage usually we think of a couple who always agree, where everything works perfectly, the children are good, and so on.  But you seem to be talking about a different kind of beauty.
Exactly, think about the beauty of forgiveness for example. It presupposes the ugliness of the evil that has been accomplished, by human frailty. There are people who object by saying: you propose an ideal, but we have to live reality. But whoever says this, I think has not read the catechesis of John Paul II on human love where he speaks of the fragility of man who sins, with evil desires, who commits adultery in his heart and in the flesh; but a man who is invited to be raised by grace anyway, a man who can receive forgiveness. God's pardon and forgiveness by the bride and groom.

Nonetheless, some Synod fathers expressed doubts that this is really possible.
Of course it's possible and I can say so because my parents are wonderful examples. They experienced great difficulties and were about to separate; just when everything seemed irreparable  the grace of God intervened and changed the situation. They were reconciled. It was a sudden change but then they had to work at it. They were together for another seven years before my Father died. My mother said " the best years of our marriage were those seven years." It was a marriage that had gone through its storms, sufferings and many difficult moments. This is where the beauty is: living these problems together, being faithful to each other even if the circumstances and our feelings are contrary. By trusting God, by trusting in the grace offered to us, a relationship of forgiveness, reconciliation and starting over is possible. It could happen even at the end of your life, having fought, we can enjoy the fruit of our labour; we will be separated for a while and then meet up again in our Father's house. This is a good marriage not one where everything functions perfectly.

Let's go to the point that caused considerable friction during the Synod: Communion for divorced and remarried, although under certain conditions. Do these exceptions contradict the indissolubility of marriage?
Yes, I am convinced that this so called kind of pastoral care contradicts the teachings on the indissolubility of marriage received from the Lord himself. Indissolubility is not an abstract idea: on their wedding day the couple promise to be faithful to each other for rest of their lives. What does this fidelity mean? As I already said there can be situations that make living together impossible but the commitment  to fidelity still stands. Fidelity for the rest of our lives means sexual exclusiveness, you say, "You are the only one for me." It could happen even in stable relationships that one sins, you fall but you get up again. We have to live with the consequences, but these single acts can be confessed and reconciled with the church and God. If on the other hand the relationship becomes intertwined with another man or another woman as if they were the bride or groom then you are entering in to a stable union that contradicts sexual exclusiveness and contradicts the indissolubility of marriage.

Cardinal Kasper said he didn't intend to question the indissolubility of marriage.
Fine, but I don't understand how he can reconcile this statement and at the same time expect the church to recognise a way of living that involves regular extramarital relationships. In this case why don't we recognise other forms of extramarital unions, for example pre-matrimonial relationships, same sex couples and so on. Where does it stop? Apart from the question where do we stop, the church has always insisted that the right place, beautiful and true, which corresponds to the truth of man to express his sexual identity, is only in marriage.

He invokes Mercy for those difficult situations that seem too hard for people to live. If we read the Holy Scriptues and refer to the Church's tradition, you never find that the solution to sin is to change the commandments (do not kill, do not steal, do not commit adultery). The solution rather is our conversion to which we are called by the divine grace. This is the true mercy of God: He calls the sinner to convert and change his ways. This how we are reconciled with God and with those dear to us.

In your book you state: "The most important issue for the pastoral care of the family today is to ensure that marriages are valid contracts and not trying to find new solutions to admit communion for the divorced and remarried who don't want to follow the path already designated by the church. Can you explain this passage?
Discussions during the Synod devoted considerable thought on how to facilitate the process for nullity to solve the problem of the divorced and remarried civilly who want to receive communion. Sometimes it seems the trials for nullity are useful, almost good in order to resolve by means of annulment, the pastoral problems that emerge after the marriage celebration. We want to say that the the grounds for invalidity don't resolve any problem but that they are a big problem. If it is true that a large number of marriages are not a valid contract then this is not a solution to the problem of divorced and remarried civilly, but rather a bigger problem and more urgent to be dealt with than that of divorced and remarried. Instead of asking "How can we accelerate the process that leads to nullity?" We should be asking: "How can we help people to enter in to valid marriages?"