The repetitive air strikes that China has conducted in recent days in Taiwan's airspace, are the signal of a dangerous military escalation which involves all countries in the region and the United States. While an all out war between China and Taiwan is unlikely at the moment, the risk of the Chinese conducting lightning operations against Taiwan-controlled islands is instead a real danger to test whether the US and the West intend to fight for Taiwan. 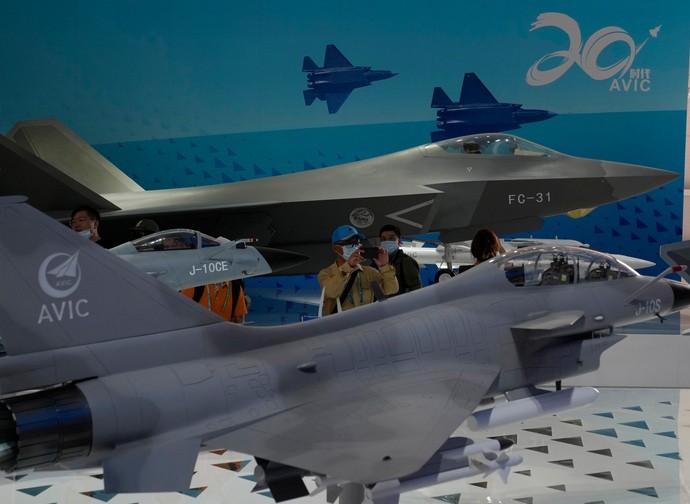 The Biden administration has stated it is "very worried" about China's "military provocations" against Taiwan, deemed "destabilising for peace and stability in the region". The US State Department yesterday urged Beijing to "cease military, diplomatic, economic and coercive pressures against Taiwan" by reiterating Washington's "unshakable commitment" to side with Taipei.

This explicit statement from Washington is the US government’s response to the serious and repeated military provocations that China is carrying out sending an increasing number of combat aircraft to violate the "air defence identification zone" of the Island-state, a sort of red line whose exceedance alerts Taiwan‘s air force and anti-aircraft defence.

In just the first three days of October, first 25, 38 and then even 39 Chinese aircraft entered the identification zone. It was a show of force that involved the most modern fighter aircraft of Beijing’s Air Force such as H-6 bombers and Su -30, J-16 and J-17 as well as KJ-200 and KJ-500 radar aircraft and Navy J-15 fighters.
The escalation is evident if we consider that on 23 September similar violations were entrusted to 24 military aircraft from Beijing, motivated by the transit of the British frigate Richmond in the Strait of Formosa which separates the two Chinas where two US military ships had passed in August.
On September 30, the spokesman for the Chinese Defence Ministry, Wu Qian, urged the United Kingdom to bolster cooperation with China, criticising the progressive strengthening of the presence of the Royal Navy in the Indo-Pacific after London's exit from the European Union.

In August, the naval group led by the aircraft carrier Queen Elizabeth II, with British F-35 fighters and US Marines aboard, penetrated the South China Sea while avoiding close proximity to the Chinese coasts and the archipelagos claimed by Beijing.
On 17 September, Admiral Tony Radakin had declared that the Strait of Formosa is "an integral part of the free and open Indo-Pacific", consequently making known London’s decision to station maritime patrol units in the area "at least for the next five years ", in support of the containment effort undertaken by the United States and other allied countries in the region (Japan, India and Australia in particular).

Beijing has long highlighted its intention to respond with growing military provocation to every British or US naval passage in the waters that the communist regime considers an integral part of its national territory.
Despite the caution with which all the states of the Western bloc express their support for Taiwan while maintaining important trade relations with Beijing, all the contenders seem intent on responding to the escalation around Taiwan and the disputed archipelagos of the South China Sea.

Taiwan has a powerful military and a high-tech defence industry that is increasingly autonomous from the United States in the development and production of advanced weapon systems. Of course, in the event of war, Beijing could deploy a much higher number of air, missile and naval forces than Taipei and the comparison between the military spending and the number of soldiers of the two nations is impressive: Beijing spent 250 billion dollars this year in defence against the 16 spent by Taiwan and counts 2 million soldiers against 170,000 Taiwanese plus 1.5 million reservists. 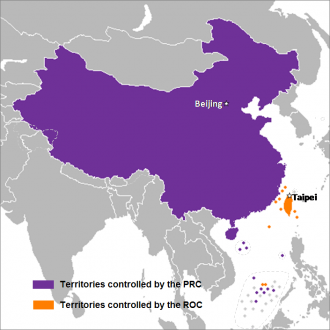 Several analysts believe that a military assault on the island-state would be anticipated by a heavy cyber-attack aimed at paralysing the Taiwanese command and control centers and by an equally massive bombardment with short-range ballistic missiles deployed in large numbers (among the 600 and a thousand according to estimates) from the bases of the province of Fujan, located opposite the island. Weapons equipped with conventional high-explosive warheads would have the task of devastating air and naval bases, air defences, commands and logistics centers of the Taiwanese armed forces to "soften" them and prepare for the invasion.

At the moment, it is difficult to believe such a scenario which would test the intent or otherwise of the United States and its allies to face an outright conflict with China, a nuclear power, is really possible. Moreover, since 1980, when the Mutual Defence Treaty between the USA and Taiwan expired following the opening of diplomatic relations between Washington and Beijing, the Taiwan Relations Act was signed, which commits the USA to provide direct military assistance in the event of an attack by China but no longer requires the Americans to enter into war alongside the Taiwanese.
After all, Beijing aims to incorporate, certainly not to destroy, the "rebel province" whose thriving economy would further magnify China's specific global weight.

In strategic terms, a Chinese assault from the air and from the sea on Nationalist China (founded in 1949 by General Chiang Kai-shek fleeing with his army from mainland China in the hands of Mao Zedong's Communists) would only become plausible if Beijing was under the impression that no one in Washington is ready to "die for Taiwan".

In addition to enjoying substantial US military supplies, the sea is Taiwan’s greatest protection. To conquer the island, Beijing would have to transport and land hundreds of thousands of soldiers across the 140/180 kilometres that separate the island from the mainland coast. A large number of troops would be needed to face the strenuous defence of the islanders, who would anyway receive an immense amount of supplies by sea to support the offensive.
It amounts to a difficult undertaking, not only for Taiwan's excellent naval capabilities and for the support that they would probably be offered by the US fleet and other allied nations, but also because Chinese troops have virtually no war experience (as does the Taiwanese) and because Beijing would have to put at risk a large part of its new fleet and the many "militarised" merchant ships in narrow waters just to be able to embark troops and vehicles in view of major landing operations.

If a total war between China and Taiwan is therefore unlikely, the constant escalation of tension could make a limited force action carried out by Beijing against the island of Kinmen (or Quemoy) and the Matsu archipelago, more realistic. They are located respectively at the mouths, south and north of the Strait of Formosa, close to the Chinese mainland coast, but are Taiwanese territories manned by aggressive military garrisons deployed on well protected defensive positions.

These islands are so close to the Chinese coasts that they can be hit by light artillery fire (Kinmen is just two kilometres away and the closest of the Matsu about 10), are potentially attackable from China without demanding excessive war efforts and with a lightning assault could also involve the Pescadores Islands, another  Taiwanese territory 150 kilometres from China and 30 from Taiwan.
Such Military aggressions would certainly provoke very harsh international reactions, especially from the United States, but would enable Beijing to test the willingness of Western rivals to fight for Taiwan.

In the 1950s Washington announced that it would also make use of nuclear weapons against China in the event of a Maoist attack on Kinmen and Matsu islands. Both John Kennedy and Richard Nixon who competed in the 1960 presidential campaign, expressed their intention to engage the United States in war to defend them from Communist aggression.
As in the times of the Cold War with the Soviet Union, also today the balance between war and peace is played on the weight and credibility of deterrence even if, compared to the past, it is legitimate to ask whether the US and the West are still able to send a credible message.