For the first time in 60 years, China’s population decreased by 850,000. It’s the long-term effect of strict birth control policies. But, the demographic crisis might open up a social and economic disaster which the Chinese regime would have difficulty responding to at the moment. The Chinese crisis is only mirroring the crisis of Western countries, which are following the same principles that lead China to ruin. 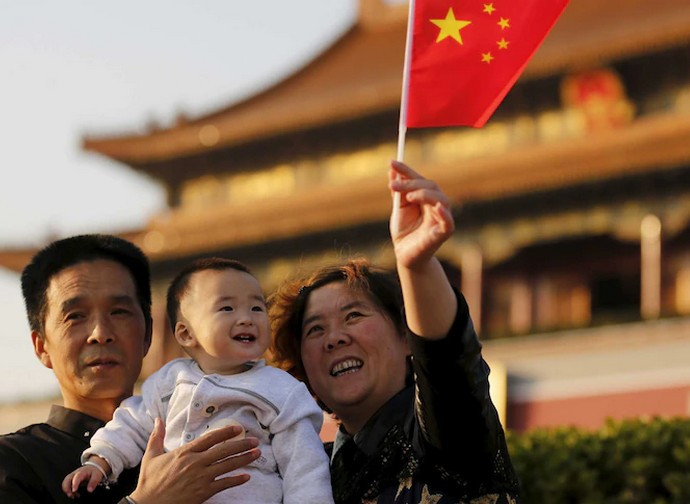 The fact that for the first time in 60 years the Chinese population decreased by 850 thousand in 2022 compared to the previous year, for many will have been hailed as good news, with a view to "containing" China, both politically and demographically . In reality, the data released yesterday by the National Statistics Office in Beijing are just the tip of the iceberg of a Chinese demographic disaster which also has serious repercussions for world security. Moreover, even if the number of the Chinese population might seem alarming (1 billion and 412 million people) it is worth remembering that the density in China is 137 inhabitants per sq km, well below the density, for example in Italy, which is of 189 inhabitants per sq km,or in the United Kingdom (281 inhabitants per sq km).

The figures say that, for the first time, births in China have fallen below 10 million, while the percentage of births per thousand inhabitants has reached a new negative record at 6.77 (it was 7.52 in 2021), an even more significant figure if we consider that still at the end of the 80s of the twentieth century there were still 23 births per thousand inhabitants in China (in the United States today they are 11.06 and in the United Kingdom 10.08).

China’s demographic situation, in fact, follows what has already happened in the West (today China has the same fertility rate as Italy, 1.2 children per woman) except everything happened much faster due to the "only child policy” imposed in a draconian manner in 1979 and with levels of well-being and social assistance much lower than in developed countries. This means that also the repercussions of the demographic crisis will come more quickly and with greater impact, with the risk of a social turbulence that is difficult to control. The  Chinese government’s "repentance" came far too late: in 2016 the second child was granted and in 2021 the third, but the reality is that in the meantime young people of marriageable age no longer consider their family and children a priority. For this reason, even if the Chinese leader Xi Jinping at the last Communist Party Congress, last October, made the increase in births a government priority. Achieving that goal will not be easy for him.

At the same time, China is experiencing a dramatic crisis in marriages, practically halved in the space of ten years: in 2013 there were 13.5 million, in 2021 they fell to 7.6 million and a further drop of 10-15% is estimated in 2022. The impact of the last two years of Covid lockdowns must also be considered, the trend is very clear: young Chinese people are getting married less and less and in any case much later. The impact of the marriage crisis on the birth rate is enormous: in China only 1% of children are born out of wedlock. Whereas, in Italy it’s 40% and in the Scandinavian countries well over 50%.

An aspect of the development policy initiated in the 1980s by Deng Xiaoping at the same time as the "one-child policy" also contributed to creating this situation: the creation of Special Economic Zones (ZES), in which to concentrate investments and development incentives. One of the immediate consequences has been an unprecedented internal migratory movement: it is estimated that in less than twenty years 150 million people have moved from inland areas to the eastern coastal regions and from rural areas to the cities.

The consequences on families of these movements were enormous, because most of the migrations concerned only one member of the family and, where a couple moved, they often left a child in the village of origin, with the grandparents or alone: a research of China's State Council estimated that 20-25 million children were left behind by migrant parents in rural villages; while between 1990 and 2003 the percentage of children "without a migrant father" increased from 2 to 10%. The disintegration of the family resulting from this situation and the structural effects on the birth rate do not even need to be explained.

To this must be added a further serious element, namely the imbalance in the relationship between males and females generated by the combination of the "one-child policy" and the cultural-economic preference for the male child which is particularly felt in China. This has generated the tragic phenomenon of selective abortions (with females as victims) and even infanticide. The result is that today there are almost 33 million more males in China than females (722.06 million against 689.69), a difference which is even more significant if we consider that women in China live on average five years longer than men. That is to say, there are a few tens of millions of men of marriageable age who have no woman to marry. This phenomenon, in addition to obviously affecting the birth rate, is also a harbinger of other destabilising social phenomena: trafficking in women from neighbouring countries, especially North Korea and Vietnam, marginalisation, violence, alcoholism and so on.

The sum of this whole situation is one of the main reasons for the slowdown in the economy and which could become a dangerous source of social instability in a country already the scene of thousands of riots, which – as per textbook – could make the Beijing government more aggressive towards an external enemy.

This picture, however, would not be complete if we did not realise that the absurd logic that pushed the Chinese communist regime to the "one child policy" is in dramatic harmony with the anti-natalist ideology which, under the leadership of Western countries, is become a guiding principle of United Nations agencies. The failure of Mao Zedong's economic policy and the "Great Leap Forward" which between 1958 and 1961 caused approximately 40 million deaths from famine, was attributed to population growth and not to disastrous communist planning. Thus Deng Xiaoping placed birth control at the foundation of China's economic development, so much so that he was considered deserving of the United Nations Population Award already in 1983, presented by the then UN Secretary General Perez de Cuellar to the Chinese Minister for Family Planning Qian Xinzhong.

It should therefore come as no surprise that in the same year Perez de Cuellar established the International Commission on Development and the Environment chaired by the former (socialist) Norwegian Prime Minister Gro Harlem Brundtland, who in 1987 published the Report which codified the concept of "development sustainable". At the foundation of which there is precisely the belief that birth control, together with the stop of economic growth, is the prerequisite for development and for environmental protection. And these are also the principles that are guiding global policies today, from the economy to the energy transition.

In short, China’s disaster does nothing more than mirror our own.