China is becoming increasingly closed, especially with regard to religions. The draft of the new bill regulating "foreign religious activities in the People's Republic of China" spells further crackdown measures. New rules make entering China  even more difficult. Whoever doesn’t respect the spirit of  “sinicization” of religions in China is treated as a spy. 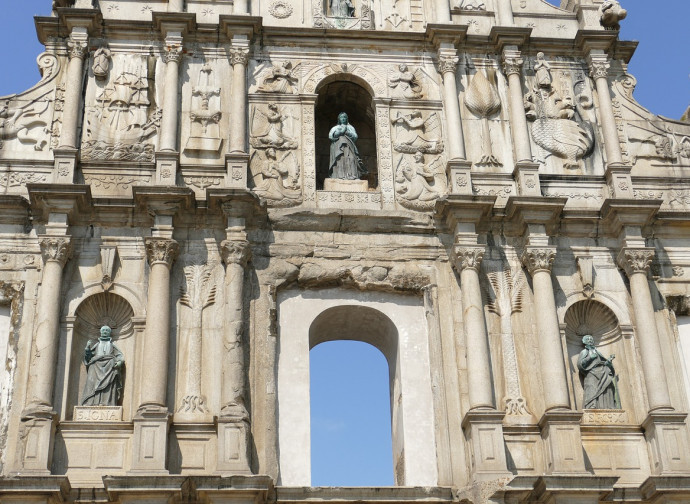 China is becoming a country increasingly closed to the outside world, especially as far as religious groups are concerned. Ever since Mao ordered the expulsion of missionaries, during the first year of his communist regime, the lives of foreign religious persons in China have never been easy. After an initial period of timid openings over the past few decades, Communist Party authorities have begun seeing missionaries and other religious groups which have contacts abroad as "spies" and "infiltrators" to be expelled and treated as criminals. A draft of a new bill regulating "foreign religious activities in the People's Republic of China" spells further crackdown measures.

Although its text is not yet finalised, a draft of a new law provides a sneak peak of what the future holds in store for Christians, including Catholics, in China. Composed of 40 articles, the bill will regulate all aspects of foreign religious presence in China and establishes very complicated procedures for their entry into the country. Detailed directives are given regarding gatherings, venues, the characteristics and content of meetings, cultural exchanges between foreigners and Chinese, as well as religious material and quantities that can be imported. Those who do not respect the rules may be hit with with heavy fines, according to public safety and anti-espionage regulations.

First and foremost, foreigners must "obey Chinese laws, regulations, and rules; respect China's principle of religious independence and organisation autonomy; accept the legal administration of Chinese government; not use religion to harm China's national interests, its society’s public interest, or the legitimate interests and rights of its citizens, and not act against Chinese public order and customs" (italics added for emphasis). Please note the terms "independence" and "autonomy", both of which are typical of wording used in China's policies on religion. If interpreted strictly, “independence” also implies the disavowing of the pope and unity of the universal Church. Thus, the only legal Catholics are those  who join China’s Patriotic Association which falls under Communist Party control.

To further separate religious foreigners from the Chinese population, the proposed legislation stipulates that their religious activities may only have foreigners among their members, although they may sometimes use local "temples or churches" on a temporary basis. On buildings ("temporary venues") housing foreign religious groups, "no external religious symbols should be seen." In addition, the law prohibits foreigners from establishing religious groups, activities, schools, proselytising Chinese citizens, recruiting followers, or accepting donations from Chinese citizens. Therefore, no more than 10 copies of any book, pamphlet, or AV material may be brought into China by religious groups.

"Religious and cultural exchanges" are possible by inviting foreigners to attend conferences, courses, or talks. However, the rules governing such activities are so strict that, in practice, only defenders of the Chinese Communist government are allowed to speak publicly. Foreign religious must demonstrate to authorities that they obey all the rules, the principles of independence and autonomy; they cannot speak or act "against China's interests" nor must they demonstrate any "antagonistic attitudes toward China."

Rules for gaining entry into China are complex and require a minimum of 20 days to obtain necessary authorisation, which includes huge amounts of supporting documentation and a series of strict controls at the hands of Chinese authorities. Ultimately, it will be illegal to have any relations with underground Christians. It will also be increasingly difficult to have relations with legally recognised Christians.

A tendency towards closure was also seen in the last two years, following the passing of the new Religious Affairs Bill in 2018. The law was issued on the eve of the Chinese-Vatican secret agreement. Based on this law, Chinese authorities waged harsh persecution against religious "infiltration.” Victims of the purges were mainly Protestant groups with strong ties to South Korea and the United States. In 2019, the repression campaign led houses of worship to be shut down, the confiscation of religious material of targeted confessions, and the expulsion of foreign missionaries who can no longer re-enter China. Already back in 2018, Protestant missionaries, especially South Koreans, were expelled from the country.

In Communist Party propaganda, Catholicism and Protestantism are considered imperialist instruments used to invade China. Last summer, both Catholic and Protestant centres of worship were affected during anti-religious purges in Jiangxi. Churches were closed and transformed into public social centres. Religious images were removed not only from churches, but also from the homes of faithful, always under the pretext that such images were manifestations of "imported" religiosity. "During their visits, village and county officials told us that belief in the God of foreigners is not permitted and that all religious activities related to the United States were prohibited in China," one Christian testified following a raid in Shangrao, Jiangxi.

It is, therefore, an ongoing trend: a gradual intensification of persecution that is unlikely to slow down or cease, even after the renewal of the China-Vatican accord.