As this article demonstrates, the Chinese authorities are now rewriting the history books in Hong Kong, even eliminating any mention of Tienanmen Square. Meanwhile, in Inner Mongolia they are replacing the Mongolian language with Chinese in all the schools. 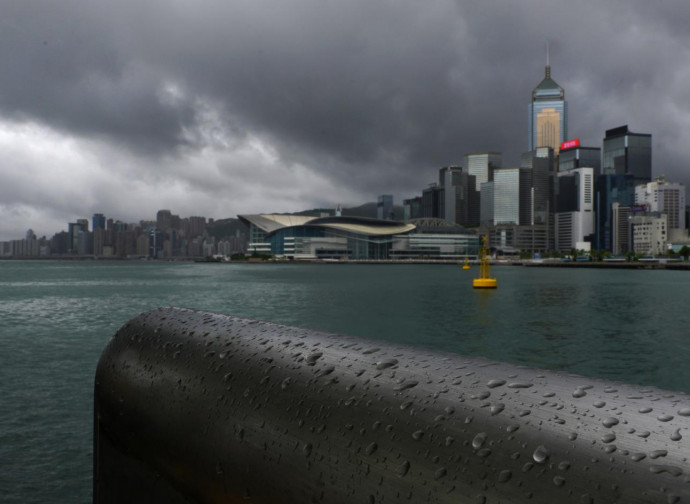 As was to be expected, the new law for national security, which was voted on by the National People’s Assmembly in Beijing and imposed on Hong Kong on June 30, is not concerned only with “national security.” In fact, under the pressure of the new legislation, the authorities in Hong Kong are also changing history: school textbooks on Chinese history are beginning to be rewritten following the ideological lines of the Communist Party.

The denunciation of the Education Breakthrough and Progressive Teachers’ Alliance that unites pro-democratic students and teachers in Hong Kong. The group denounced the way that the authorities have begun to remove expressions like “separation of powers” and “civil disobedience.” The pollution problem in China is being downplayed and information about Chinese censorship of Western films is distorted. The litmus test of the new ideology, however, remains Tienanmen Square. Do the new textbooks speak about it? And how do they describe it? The news that is coming from Hong Kong is not very reassuring.

According to hk01.com, three out of five texts that have been revised by the government do not even mention the massacre in Beijing on June 4, 1989. The other two mention it in subtly sweetened terms, so that its full implication cannot be understood. One of the two also removed the entire story of repression, which cost thousands of lives (from 2000 to 10,000 according to the sources) and in general there is no mention of the triggering causes of the student and worker protest of 1989: corruption, first of all, but also the lack of democracy and freedom in China.

A high school history teacher who was interviewed by the South China Morning Post commented on one of the two scholastic texts that still speak of Tienanmen. The teacher, although finding that the events are still described honestly and accurately, notes that little space is devoted to them: just 7 pages in a 67-page chapter dedicated to Deng Xiaoping’s reforms. Little or no mention is made of the effects provoked by the massacre on China’s international relations (including the arms embargo). The events of Tienanmen are called “the incidents of June 4” without any emphasis on the “democracy movement.” The text attributes the cause of the incident to social and economic tensions caused by reforms and not to the absence of democratic and market reforms. Thus it appears that the revolt was one of the “obstacles” opposed to the reforming policies of Deng. As for the “helmsman” himself, the book contains comments from academics and foreign politicians – six positive and and two “mixed” – but without any true criticism of Deng.

Another association active in the enclave, the Hong Kong Alliance in Support of Patriotic Democratic Movements of China, says that it is “stunned” by the omissions of any mention of Tienanmen Square in the new textbooks. “They have cancelled every objective and accurate description of the event, from the beginning to the end,” says a statement by the association. “These revisions are not only based on a biased narrative to confuse the facts, but also on deliberate attempts to hide the truth and alter the course of events, transforming a bloody massacre into an action taken to maintain public order.”

Hong Kong, in short, is falling under Chinese “normalization,” as was also seen by the arrest of Jimmy Lai, the editor of Apple Daily (the daily newspaper of the opposition) and by the huge police operation at its editorial office that was performed by way of intimidation. This was also seen in the withdrawal of pro-democratic books from public libraries in Hong Kong, a decision that is seen as a precursor to their removal from bookstores.

The “normalization” of Hong Kong is also coupled with the simultaneous “Sinization” of Inner Mongolia. Just like Tibet and Xinjiang, Mongolia is a region with a non-Chinese majority, that until now enjoyed status as an autonomous region. But just as it has done in Xinjiang against the Uyghurs, Beijing is beginning its work of re-education of the local population, beginning with the language used in the schools. Despite the protests of parents and students, beginning on September 1 the language used in elementary and middle schools will be Mandarin Chinese instead of Mongolian. In theory this means introducing “bilinguism” in the schools, but in fact this is really a progressive replacement of one language with another, because, according to the Southern Mongolian Human Rights Information Center, more and more material will be taught only in Chinese and not in Mongolian. Beginning in September 2021, the same reform will apply to high schools. It is interesting to note that the materials that will be taught in Chinese are history and political education.

Hong Kong and Inner Mongolia, at opposite ends of China, seem like two distinct and distant cases, but in reality they are two faces of the same policy. The Chinese Communist regime does not admit dissenting minorities nor does not admit political dissent, it intends to eliminate both in every detail. It puts it hands on history, memory, culture, and language, in order to create a people of loyal subjects, from the northern steppes of Mongolia to the tropical islands of the South China Sea. This grand push for forced assimilation should make those who are preparing to renew the Sino-Vatican agreement reflect all the more. What sort of independence would ever be granted to the universal Church by a regime that is so monolithic?