CHINA INFLAMES TENSIONS IN THE ASIA-PACIFIC

Beijing's military exercises in the South China Sea are yet another provocation leading to a rise of tensions in the region. Archipelagos in this area are disputed by 5 other nations, in addition to the U.S. and Japan. Another test of China’s strength against Taiwan is now planned for August. 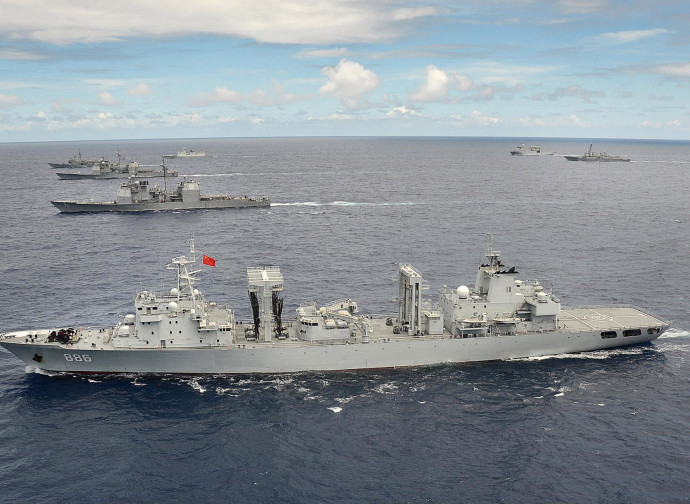 The Chinese military exercises held this past 1-5 July off the coast of the Paracel Islands, a disputed archipelago in the South China Sea, have created new international concerns about growing tensions in the Asia-Pacific. The U.S. Department of Defence has reported that such manoeuvres will "further destabilize" the territory contested by several coastal nations but now dominated by Beijing’s increasingly aggressive naval military presence.

Numerous archipelagos in the South China Sea are at the center of long-standing disputes between Taiwan, Vietnam, Malaysia, Brunei and the Philippines. The Chinese province of Hainan’s Maritime Safety Administration (MSA) announced navy exercises by banning sailing and shipping vessels in the area during the 5-day period. "It appears that  the security manoeuvres to be carried out could be a way of showing other Southeast Asian countries that China can conduct operations on islands," in the area said Bryan Clark, an expert at the Hudson Institute in Washington. Woody Island is the hub of the Paracel Islands, an Archipelago disputed between Vietnam, Taiwan and China.

Conducting military exercises in the South China Sea falls within China's sovereign rights. This was stated by China’s Foreign Ministry spokesman Zhao Lijian when responding to concerns expressed by Washington, which also accused China of "militarizing" the South China Sea.

Zhao stressed Beijing's position, stating the Paracel Islands belong to China. "Some countries outside the region often travel thousands of miles to the South China Sea to engage in large-scale military activities and show their strength. This is the main reason influencing stability in the South China Sea," said Zhao referring to the US Pacific Fleet which often carries out military cruises through the area aimed at demonstrating its "freedom of navigation" in such waters.

The US Navy has deployed two aircraft carriers with their respective naval combat groups near the Chinese military exercise area. The vessels are the USS Ronald Reagan and the USS Nimitz. Both have conducted military exercises at the same time as the Chinese Navy since last Friday.
"The United States agrees with its friends from Southeast Asia: exercises made by the People's Republic of China in disputed areas of the South China Sea are to be considered a provocation. We oppose Beijing's territorial claims" tweeted the U.S. Secretary of State, Mike Pompeo.

China claims sovereignty over almost 90% of the South China Sea, where it has occupied and militarized numerous atolls and coral reefs. Last 27 June, ASEAN (Association of Southeast Asian Nation) leaders criticized Beijing, reiterating the importance of freedom of navigation and airspace in the region as well as its concern for the "territorial appropriations, development activities, and serious incidents" carried out by the Chinese in the contested waters.
Beijing responded to ASEAN leaders saying it was willing to resume negotiations for the definition of a code of conduct in the South China Sea, but without indicating a specific date.

In addition to these exercises, China announced others in August near the Dongsha (Pratas) Islands, which are controlled by Taiwan and located 450 kilometres south of the island nation.
To strengthen its defence of these atolls, currently manned only by Taiwanese coast guard units, Taipei’s government has ordered the dispatch of marine troops for “official training" exercises.

Republican congressman Mike Gallagher has submitted a bill to the House of Representatives called the Taiwan Defence Act (TDA). Its objective is to ensure the United States meets obligations laid out in the  1979 Taiwan Relations Act (TRA) in the face of mounting Chinese military threats in the area.
The 1979 law, passed after Washington had established diplomatic ties with the People's Republic of China, was intended to ensure the continuation of close political and economic relations between the United States and Taiwan. Yet, while including the American commitment to supply arms and support for its Asian ally, it did not automatically guarantee Washington's military intervention in the event of a Chinese military attack on Taipei.
"Taiwan's freedom is of vital interest to the United States' national security and the Taiwan Defence Act helps ensure that our military has the capabilities to circumvent any attempt by China to annex Taiwan by force," said Gallagher.

The bill was introduced on 1 July, the same day that China began its naval exercises, even though Beijing’s air and naval forces had violated the airspace and Taiwanese waters for months.
Senator Josh Hawley had presented an identical law to the Senate last 10 June, fearing the possibility that the Chinese Communist Party would dominate the region if it were permitted to take control over Taiwan.

The US Navy regularly conducts missions to affirm its freedom of navigation in the South China Sea, the East Sea and the Taiwan Strait.
Australia has also said it was concerned about Beijing's military activism in the "Indo-Pacific" region. Canberra has announced that it will spend $ 186 billion (€ 165 billion) in defence over the next 10 years, a 40% increase over the previous 10-year allocation, which will also allow for the purchase of U.S. long-range anti-ship missiles.