China and the Vatican, two years later there is more persecution

Two years after the signing of the provisional agreement between China and the Holy See, we are still unable to read its contents, but we can evaluate its effects on the life of priests and the faithful. The Asia News Agency has gathered a series of testimonies that demonstrate how the persecution is increasing 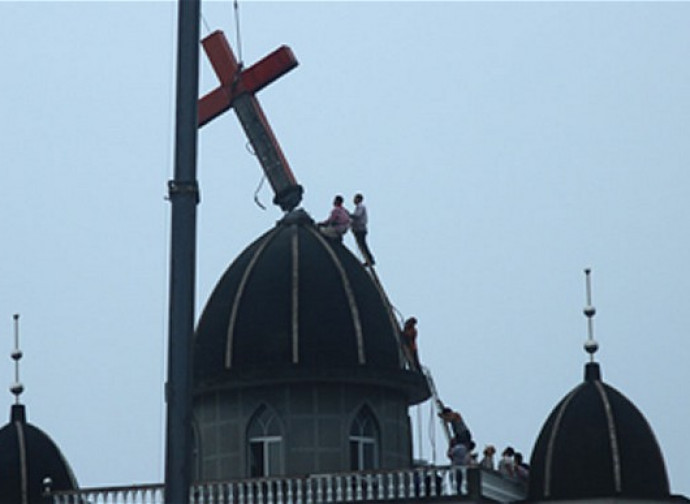 “Compared to the Church in the south, our situation is rather tranquil. In past years we have had a relatively tranquil location; Sunday Masses, solemn Masses, and all activities of prayer proceeded in a more or less regular way. All this ended with the signing of the provisory Sino-Vatican agreement on September 22, 2018. Prior to Christmas 2018, the local government officials arrived to tell us that our meeting place would be banned.” This is what a faithful Chinese layman named “Benedict” (not his real name) has told the missionary news agency Asia News. Two years after the signing of the provisional agreement between China and the Holy See, we still do not know its contents, but we can evaluate its effects on the life of priests and the faithful. The Asia News agency has gathered a series of testimonies (anonymous, for security reasons) of faithful Chinese Catholic laity and priests. The picture that emerges is clearly one of a worsening of conditions of life and freedom of worship.

What the testimonies reveal, above all, is the redoubled effort to make the “underground” Church (faithful to the Vatican) re-enter into the “patriotic” Church (faithful to the communist Party) and then to reduce the latter both in terms of numbers and in importance. The goal is clearly to transform the Church into an organ of propaganda for the party. John, from Shanghai, says: “I had a little shock when I began to see the national flag flying in front of the church for the first time. There is nothing wrong with displaying the national flag. But in order to affirm the slogan ‘love the nation, love the church’ [“Ai guo, ai jiao” is the slogan of the Patriotic Association that is also endorsed by the Council of Chinese Bishops recognized by the government], wouldn’t it be better to fly the flag of our faith at the same time, for example the Vatican flag or the parish flag?” Mary, who lives in another region of mainland China, confirms: “The external walls of the parish are covered with numerous norms regarding Chinese culture and the adminstration of the church; the [national] flag flies on the bell tower next to the cross, as if it wanted to replace the light of the Cross.”

The Covid-19 pandemic has further worsened the conditions of the churches in China, which were forced to close and allowed to reopen only after several months, and only on determined conditions that are very political and by no means health-related. People who want to enter into places of worship must first register online, providing all of their personal information. The churches may reopen, but only if they promise to also impart patriotic education to the faithful and to respect the “four requisites”:  the flag-raising ceremony, the teaching and promotion of Chinese laws, the preaching of the fundamental values of socialism, and the promotion of traditional Chinese culture. The campaign of the “four requisites” began in 2018 (the year of the agreement) and with the pandemic it has undergone a further acceleration.

The controls for the application of the rules are obsessive. As Teresa testifies to Asia News: “In these two years, the diocese has faced increasing pressure. For example, on Sundays, early in the morning, the government sends its officials to church to monitor everything. Some stand in front of the entrance, others sit in the back rows, others walk around here and there: their purpose is to watch the functioning of the church and its activities. Moreover, the officials who stand in front of the entrance make sure that youth under 18 or who have just turned 18 do not enter the church. When they see little children, or elementary, middle school, or high school students who wish to enter church, they make them return home, forbidding them to remain at the parish. It is severely forbidden to organize catechism classes for minors; the classrooms are also closed: in short, it is a great desolation!”

This is what happens in the official churches. In the underground ones, however, a full-blown persecution is faced. In April, in the southeastern Jiangxi province, the local administration forced some diocesan priests who were refusing to adhere to the Patriotic Chinese Catholic Association (APCC) to take a three-day patriotic formation class. One month before that, in the Hebei province, the authorities placed an 83-year-old Catholic priest under house arrest in a hotel in an effort to to force him to adhere to the APCC. After three days the priest had symptoms of a heart attack which made it necessary for him to be hospitalized. The religious priest was then sent back to his native city and banned from celebrating Mass and other religious functions. The police control the entrances of the churches in which he used to celebrate Mass in order to prevent him returning and also to prevent the faithful from continuing to gather there.

The situation of the underground Church is confirmed by Fr. Francis on Asia News: “After the signing of the Sino-Vatican agreement, the religious policies of our diocese not only have not loosened, in fact they have become even more repressive. The authorities often gather priests for formation courses, they push underground priests to register in the Patriotic Association, and they arrest them, taking them to secret places in order to change their minds.” And Fr. Paul says: “After the signing of the Sino-Vatican agreement, the situation of the underground Church is ever more critical. The parish places of prayer have been closed, even the public celebration of Sunday Mass is no longer permitted. The only thing priests can do is celebrate Mass privately in the home of the some of the faithful, and they are unable to tell too many of the faithful so that they could participate. Despite this, even private Masses are often stopped by the local officials, to say nothing of catechism classes.

Another priest who gave his testimony to the missionary agency listed the draconian rules of the new Regulation for religious affairs that was updated in 2018. Belonging to any religion is severely forbidden, not only for members of the Party, but also for all those who work in the public sector. “Employees of state bodies and public institutions who are not members of the Party are asked to sign a document in which they promise that they will not profess any religion. Many faithful who work in state bodies and public institutions betray their religion and abandon their faith out of fear of losing their job. The laws apply to everyone: “Minors under the age of 18 are not permitted to profess the faith.” “Citizens who believe in a religion are not permitted to be drafted in the army.” “The Church cannot organize any educational activity.” “A university prohibited Catholic students from participating in Sunday Mass.” The Chinese regime also resorts to real tricks to close churches, even churches that are officially recognized: “The churches, even those that are registered, are often closed with the pretext that ‘the number of faithful is too small.’ At the time of registration, local officials verbally suggested that the Church should ‘not register too many faithful,’ and thus some parishes registered only a very few people. Afterwards, the government said that ‘the church cannot be used with so few people,’ and so they closed it.”