Catholics and government "Fight over right to attend Mass" in Ireland

Even if Masses in Ireland have just resumed after a six-week ban imposed by the government, some bishops and laity have accused the government of acting unconstitutionally.  To avoid further attempts to impose new closures, an appeal has been made to the High Court. The sentence is now in the waiting. 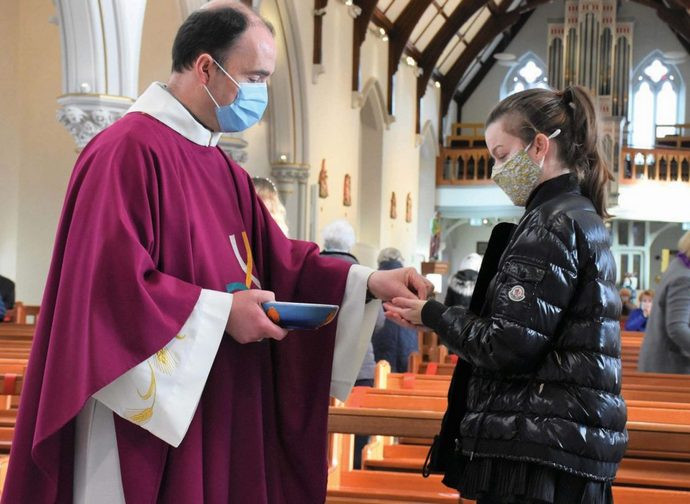 Catholics in Ireland are frustrated over the Irish Government’s restrictions on Mass – and with justification. In Ireland, we have a five-tier warning system much the same as Europe, going from 1 (very few restrictions) to 5 (full lockdown). Where we differ from Europe is that Masses are banned from Level 3 and not the highest level. At one stage, we were one of only three countries worldwide where Masses were banned.

We recently ended our six-week lockdown period, re-emerging to Level 3. Thanks to lobbying from the Archbishops and political pressure from the laity, Masses are allowed again and will be through the Christmas period. There are restrictions, of course, most importantly that attendance will be limited. Churches are allowed to have pods of maximum 50 people, as many pods as they can hold while safely social distanced. This means that churches which are larger can host congregations in the hundreds. While this is still a significant reduction in capacity, it is not the blanket approach applied regardless of Church size as was the case in countries like France.

There have been differing responses to the restrictions. Some, such as a priest in Cavan reported by The Anglo-Celt and a priest in Cork, conducted Masses despite the restrictions. Both were threatened with sanctions by the Gardaí, including potential fines of up to €2,500 and/or a six-month prison sentence. This reignited debate regarding a controversial set of new laws introduced by the Government which, though Government officials said otherwise, appeared to make public celebration of the Mass a penal offence.

The Cavan priest, Fr P.J. Hughes, likened his treatment to that of a “police state”, arguing that it was a breach of the people’s constitutional right to attend Mass. “I’m here to serve the Church and the people, not the government,” he said on the Clare Byrne Show. “It’s telling people you cannot practice your faith. Are we going to live in a Communist state or what? I know the virus is there, but at the same time, we have to live.” He felt he broke no law and said he would continue saying public Mass, but RTE (the state broadcaster) reported that he was later sanctioned by his bishop and agreed not to say more public Masses.

At the other end of the spectrum, the ACP (Association of Catholic Priests), an unofficial representative body in Ireland, have called for “placing safety and science as our top priority”. They argue that “having a public Mass in every church in every parish may be a price too high to pay. In present circumstances we need to err on the side of caution and wisdom.” A number of their members are suggesting that they will not host public Masses on Christmas Eve or Christmas Day as they fear an overwhelming number of attendees and have complained about the pressure being placed on priests and parish councils to provide Masses.

The Government’s response to questions regarding the banning of public Mass has been similar. In response to a question in the Dail (Parliament), the Taoiseach Micheal Martin said that early in the pandemic, churches were associated with outbreaks of the virus. He gave no account for how this would apply in the Irish context, or why this evidence justified a stricter approach than practically anywhere else in the world.

Similarly, Minister for Health Stephen Donnelly also responded (November 24) to a question regarding the scientific evidence to back up their ban on public Mass with a bland and unconvincing answer. He explained that the Government’s approach is based on international practice and public health experts guidance and seeks to balance the risks of different types of gatherings. “COVID-19 spreads when individuals and groups come into close contact with one another, enabling the virus to move from one person to another,” he said. COVID-19 is infectious in a person with no symptoms, or for the period of time before they develop symptoms. For this reason, we are all asked to be extra careful when socialising and working with others.” This is all well and good, but it still fails to addressthe specific case of public worship.

In the main, the approach of the Irish Church – archbishops, bishops, priests and laity – has been to make use of our democratic processes in order to challenge the Government’s blanket ban on public worship. Recently, Irish Catholic businessman Declan Ganley has launched a legal case against the restrictions which will come before the High Court in early February. He explained the rationale for launching his case in an article for The Irish Catholic, arguing that the ban is unconstitutional.

“The only circumstances in which the State would be within its constitutional right to impose a ban would be if there was clear, unimpeachable, evidence, that public order was threatened by the holding of religious services,” he wrote. “No such evidence has ever been made public – likely because no such evidence exists.”

Declan Ganley’s position is similar to that of Archbishop Eamonn Martin. Also writing in The Irish Catholic, the Archbishop argued that there has been no evidence that Church gatherings are contributing to the spread of Covid-19 infection. He wrote of the Irish archbishops’ meeting with the Taoiseach (Ireland’s head of Government). “We emphasised that parishes have been keeping worshippers safe and promoting the key messages of public health,” he wrote. “The Church’s approach has been in tune with our consistent ethic of life and with safeguarding the common good.”

It was in light of this commitment and the uncertainty surrounding the virus that the Church took the painful decision to suspend public Mass during the first lockdown, he explained. However, he argued that since then there had been insufficient evidence to suggest that churches posed a serious threat to the common good and that to the contrary, it appeared churches were safe and well managed. Equally, he argued, the Government needs to recognise that for Catholics, the Mass is not an “optional extra ­– it is a profound expression of who we are as individual spiritual beings and as Church”.

As it stands, Catholic’s await Mr Ganley’s case to go before the High Court. This will hopefully provide greater clarity regarding the relationship between the Church and state and their respective responsibilities. It is still an open question if and when we return to a strict Level 3 after Christmas whether public Mass will still be allowed.