Tomorrow, in the Upper Basilica of St. Francis in Assisi, Carlo Acutis will be proclaimed blessed. Already called the patron saint of Internet, this young Milanese teenager excelled in using the new means of communication for the good of souls, for the Kingdom of God. The secret that took him right to paradise, however, was one alone, and more than ever real: exclusive love for the Eucharist, the living Heart of Jesus. 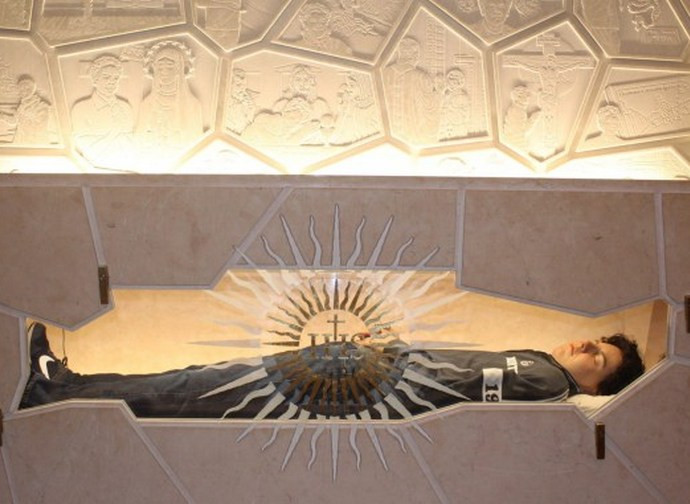 When Pius X published the decree Quam Singulari that lowered the age for receiving the Eucharist, halving it to the age of seven, he gave the following reason for his choice: “There will be saints among small children”.

This was back in 1910, and no one could have imagined that close to one hundred years later, the gates of paradise would have opened to welcome a holy youngster who had made the Eucharist the center of his life and his “highway to heaven”.

We are talking about Carl Acutis (1991- 2006) who, tomorrow, Saturday 10 October at 4:30 PM, will be beatified in the Upper Basilica of St. Francis in Assisi, with the rite presided over by Cardinal Agostino Vallini.
In all fact, Carlo is but one among the ranks of children who proved that prophecy to be true and departed this earth with the scent of holiness. The first of them being the two shepherds of Fatima,  Francesco and Giacinta Marto.

This Milanese teenager, in his turn, spent all of his brief life, unto the offering of life itself, loving Jesus, Mary Most Holy, and the Church. He made his way to heaven on 12 October 2006, at the age of 15, stricken by acute leukemia.
From 1 to 17 October, his mortal remains will be exposed to the veneration of the faithful in the Sanctuary of the Spoliation, where he was laid to rest in April 2019, the date of his translation to that site.

THE FUTURE “PATRON SAINT OF INTERNET”

In all truth, Pius X’s prophecy that had already astounded early XX century theologians, who were used to separating children from the things of God, sounds all the more unbelievable when we think that one of the major areas where Carlo lived his apostolate was Internet, where he proved to be exceptionally gifted.

Many indeed are the testimonials of his brilliance with computer technology, and in this sense Carlo Acutis undoubtedly represents a virtuous model of how there is a healthy and intelligent way to use the new means of communication that are nowadays able to ruin the lives of youngsters like him. Carlo, on the contrary, and with heavenly grace, knew how to use IT instruments for the good of souls and the construction of the Kingdom of God.

In his Apostolic Exhortation “Christus vivit” dedicated to holiness, Pope Francis himself spoke about Carlo in these terms: “He knew how to use the new communications technology to transmit the Gospel, to communicate values and beauty” .
Universally known by now in this regard is the exhibition of Eucharistic Miracles that he designed and produced all on his own. It has been projected in the largest and most renowned sanctuaries around the world and may be viewed on a dedicated site accessible on line.

A SOLE CENTER OF LIFE: JESUS IN THE EUCHARIST

Much indeed could be said about Carlo Acutis’ manifold Christian virtues. Suffice it to know that the Hindu man who worked in the Acutis home – who accompanied Carlo practically everywhere: to school, to church, to visit friends, to catechism, and on his rounds in the neighborhood to give leftovers from the evening meal to the poor – became a convert to the Catholic Church after seeing how he had lived and died. And yet, even though evidently visible already in his life had been his heroic exercise of the virtues, we have yet to say anything about Carlo Acutis, other than speak about his exceptional relationship with Jesus in the Eucharist.

As his mother, Antonia Acutis, shared with the Daily Compass, Carlo’s intense devotion to the Eucharist began from a very early age. In fact, he made his First Communion at the age of seven, and mounting in him as of that moment  was the holy desire to attend daily Mass, and that is what he did until the day he suddenly fell ill and made his early departure to heaven.
After making his First Communion in 1998, Carlo insistently asked his whole family to consecrate itself to the Sacred Heart of Jesus, and this is what the family did. The reason driving him was quite simple; “The Eucharist is truly the Heart of Jesus”.

Each time he received the consecrated host, he recited this ejaculation: “Jesus, come right in! Make yourself at home!”. And to prepare for his encounter with Jesus, Carlo spent a bit of time in adoration of the Blessed Sacrament before or after Mass. He explained the reason for this devout habit of his like this: “Spending time in the sun gives you a tan, but spending time before the Eucharist makes you holy!”

At the age of just 11, Carlo began helping as an assistant catechist, and it was in this setting that he was both shocked and very saddened when seeing how much indifference there was towards the Blessed Sacrament. Seeing this, he often asked himself: “How come there are endless lines of people at rock concerts or football games, while so few people are to be seen before the tabernacle where God is really present?

Carlo desired to become holy more than anything else in the world, and was deeply convinced that everyone was called to holiness, not only he himself. To explain this calling from heaven that truly concerned each and every person, Carlo was wont to repeat: “Everyone is born as an original, but many people end up dying as photocopies”.

Now, were anyone to imagine that Carlo’s pious aspirations were guided by a resolutely Catholic family environment, they would be surprised to learn that exactly the opposite was true in the Acutis household.  Carlo’s all-absorbing love and his burning desire for the things of heaven were what “compelled” his parent’s lukewarm and superficial faith to become authentic faith.

His mother Antonia openly confesses that when Carlo was around 5 years old, she was so taken aback by his explicit and profound questions about Jesus that she signed up to attend courses at the theology faculty in Milan. Moreover, she’s not exaggerating when she says that her small son was a  little savior for her, because he saved her from a life far removed from God.

The burning desire to become holy that accompanied ‘big little’ Carlo all life long was perfect preparation also for the moment of his death, which was nothing more for him than the eagerly awaited moment of the encounter with his beloved Jesus.

Therefore, when he was admitted to the hospital for a sudden illness, which then turned out to be acute leukemia, Carlo immediately understood what was happening to him. As of that moment he accepted everything with great abandonment, including the tremendous sufferings during those days. He offered up everything for the Pope and the Holy Church. When “his hour” arrived, he embraced it with a smile on his lips and his face was already transfigured by that Eucharistic Light he had adored throughout his life.