The sacrifice of the young people who died 32 years ago for freedom and democracy in China is evermore relevant today. As long as the regime does not recognise that crime, it means it believes it is right to kill defenceless people in the name of an alleged “general interest”. But, we won’t lose hope. This is the homily Cardinal Zen gave in Hong Kong last June 4, during the memorial mass to remember the victims of Tienanmen Square. 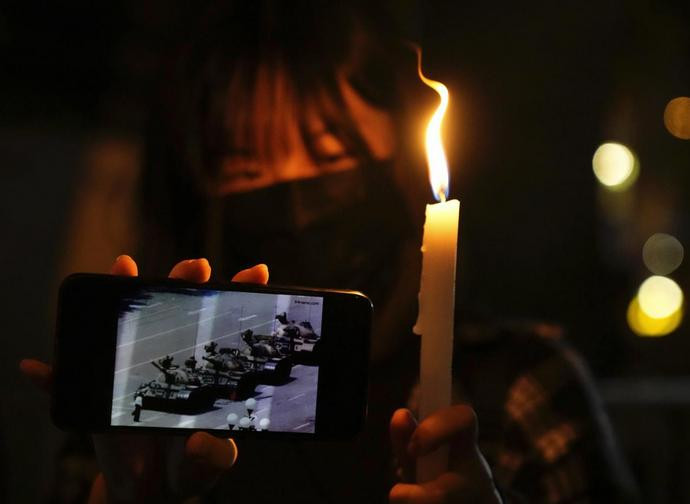 It has been 32 years since 1989 and 2021. I was 57 years old, a young old man, that year. Those 57 and 60-year-old this year were young people in their twenties then. I believe they have a deep recollection of what happened on May 35th that year. But young people in their twenties this year can only listen to other people's recount of a period of history that is about to be obfuscated by the passing of years.

Let us first remember what a memorial Mass is. We Catholics believe that when a person dies, his life will be judged definitively. We hope that everyone will be invited to enter Heaven and enjoy eternal glory. But we cannot rule out that some people will lose such a blessing because they exclude themselves. Even those who are qualified to go to Heaven may still need to go through a purification process. This is our Catholic faith. Because of penitence, the sins committed in the past had been forgiven. But there still might be some stains and defects that had not been completely remedied through good deeds. They must be purified in painful expectation after death before they can enter the true blessing.

In this purification process, they get help from the whole Church because the Church is a mystic body. We share the treasure of this mystic body, we can contribute our prayers and virtuous deeds to this treasury and we can draw graces from it to help our brothers and sisters in completing this painful purification process.

The function of prayer and virtuous deeds is not limited by time. We are convinced that those brothers and sisters are already in Heaven, our offering and prayer today have already helped them the moment they needed it. Of course, such help is not limited to those who were baptised because any honest persons with kind hearts belong to God’s people.

We dedicate this memorial Mass to remember the brothers and sisters who sacrificed their lives for our freedom and democracy in Tiananmen Square and the nearby alleys 32 years ago. What they demanded at that time was a clean government. What they longed for was a truly strong China. Unfortunately, they left the world bearing the stigma of being rioters. Their sacrifice was for us, and we embrace their unfulfilled hope: a just and peaceful society, a people respected by the regime, and a truly great China respected by the world.

Some people will say: “The martyrs are already in Heaven. They have been remembered for 32 years. It is enough!” No, we really respect and love the patriotic martyrs, we do love our country, our hopes never die.

We read the Book of Tobit in the Masses this week. Tobit in his captive land learned one day that one his compatriots was killed, and his body was thrown in the marketplace. He immediately carried him home and buried him after the sun went down. He knew that by doing so he was risking his life. His neighbours also mocked him: “Is it worth betting on the life of a living person because of the respect for a dead corpse?” But Tobit could not let the human corpse become food for wild dogs. Similarly, we cannot let the names of the martyrs be shamed forever.

The Cultural Revolution has been given an official evaluation. In 1981, the Sixth Plenary Session of the 11th Central Committee of the Communist Party of China resolved that the Cultural Revolution was an “internal upheaval initiated by the misguided leader…which brought catastrophic damage to the Party, the State and the whole people” and “the chief responsibility for the grave ‘Leftist’ error…does indeed lie with Comrade Mao Zedong.” So, wouldn't it be easier to make a fair assessment also for June 4th?

If they still do not listen to the voice of the people for 32 years, does it not make us fear that those in power still believe that the regime is justified to kill unarmed young people who love their country “for the sake of a so called “general interest?” Then, the June 4th tragedy is not slowly leaving us, but rather it will gradually appear before our eyes again.

We refuse pessimism. We will not lose hope. While remembering our dead, our prayer is also to ask the Lord to lead our rulers on the path of justice and peace.

May the Blessed Virgin Mary, All Saints, and the Chinese Martyr-Saints deliver our prayers to the altar of God.