Waiting for the High Court decision on the George Pell's appeal, it is more and more evident a case of extreme unjustice against the Cardinal, found guilty in the first and second level trials for abuse committed (on one single occasion) on an unspecified date in the middle of the 1990’s. Today, even secular opinion makers support this thesis. This is a timeline of a mediatic witch hunt 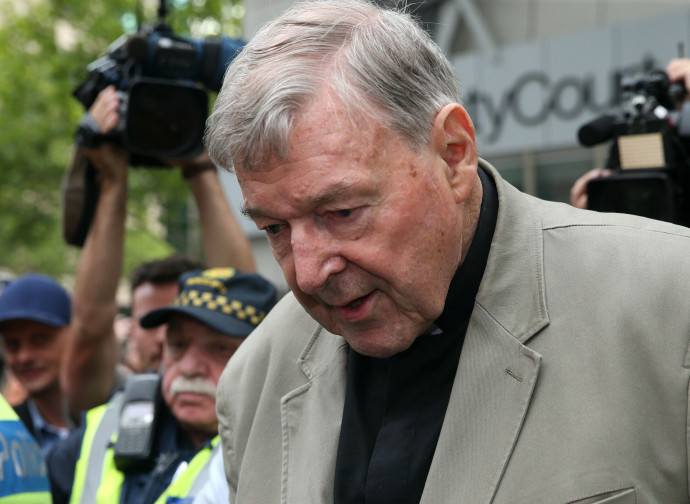 In the coming months the High Court of Australia will hear the appeal of Cardinal George Pell, found guilty in the first and second level trials for abuse committed (on one single occasion) on an unspecified date in the middle of the 1990’s, shortly after being appointed Archbishop of Melbourne. Many people are hoping that the Supreme Court will finally render justice to a man who very probably was unjustly condemned, and who certainly was placed in the middle of a situation of being lynched by the media, among other things, at the very height of an anti-Catholic frenzy in the “progressive” Australian world.

It is interesting to note, and it gives us hope, that in the last few months various voices have been raised, not only to defend the cardinal but also to ask questions about the proper functioning of the Australian judicial system. Pell had enough confidence in the judicial system that he freely chose to leave the Vatican (where he was the Prefect of the Secretariate for the Economy and Finances), even though he could have invoked diplomatic immunity, and returned to Australia to openly face an accusation of which he has always plead innocent. But the climate in which the trial took place – with Pell and his lawyers insulted by a screaming mob of activists outside the courthouse and the majority of the mass media committed to increasing a climate of hatred and witch hunts – shows how difficult it is to obtain a fair trial Down Under.

In March 2019, Judge Peter Kidd sentenced Cardinal George Pell to six years in prison, with the possibility of obtaining release on bail after three years and eight months. Pell was found guilty by a jury of five acts of sexual aggression (four of which happened at the same time) against two choir boys who were 13 years old at the time of Pell’s appointment as Archbishop of Melbourne in 1996. According to the accusation, immediately following a solemn Sunday Mass at the cathedral, while still wearing his liturgical vestments, Pell sexually assaulted the two choir boys in an open sacristy, caught drinking altar wine used for the consecration, forcing one into oral sex and using the other to masturbate, all in the space of five to six minutes. On another occasion he is accused of pushing one of the victims up against a pillar and touching his genitals. It should be noted that these would be the only acts of abuse ever committed by Pell in his entire life. And this in itself appears extraordinary. Those who are experts in these cases know that those who do such things repeat their attacks; even when in different places and after some time passes, with different victims. They certainly do not stop at one single instance of such behavior.

The first guilty verdict was made by a popular jury composed of twelve people. Yet it is interesting to observe that it was not the first but the second trial that found Pell guilty. The first jury voted 10-2 in favor of his acquittal, but the judge decided, since there was a lack of unanimity, to call for a second trial. We should also remember that since 2014 the Victoria State Police had opened an “open-ended” investigation to look for evidence and testimony for any abuse crimes committed by Cardinal Pell, and this was done in the absence of any complaints or reports against him. The impression – and it is more than an impression – is that in the mood of anger against the Catholic Church for the abuse crisis, a target was sought. And the target was found in the Cardinal, already unpopular in public opinion because of his positions on homosexality, gender ideology, and gay marriage.

Pell’s legal team applied for leave to appeal. It said that the verdict coming from the jury of twelve people is “irrational” because it is based “only on the word of the accuser.” And in effect, seen from the outside, these circumstances seem absolutely incredible: that, at a distance of twenty years from a presumed fact, someone can be condemed based on an accusation without any supporting testimony or any other evidence. The appeal then stated that “based on all the evidence, including the clear and uncontested evidence of more than twenty witnesses of the Crown, it was not possible for the jury to be satisified beyond any reasonable doubt solely on the word of the accuser.” The defense had also prepared a video to demonstrate to the jury that it would be impossible to engage in sexual activity in the places and ways described by the accuser – in the cathedral at morning, in that moment, immediately after the main Mass celebrated by Pell. But the showing of this video was not allowed by the judge, a decision that seems incomprehensible, given the circumstances of an accusation being made without any witnesses, apart from the context of prejudice against Pell.

Pell’s appeal was rejected in August 2019, by a vote of two to one. But one of the three judges, Mark Weinberg, wrote a testimony of two hundred pages to explain why, in his opinion, “a significant possibility” exists that the cardinal did not commit the abuse for which he is now in jail. Weinberg would have released Pell, and said that he could not exclude the possibility that several parts of the accusation made by the former choir boy were “fabricated”. Also noteworthy is that the second alleged victim, who died of a heroin overdose in 2014, told his mother that he had never been abused. If he was alive today it is probable that the entire case would collapse. According to Weinberg there is a body of evidence that “make it impossible to accept” the accuser’s account. “There were inconsistencies, discrepancies, and a certain number of responses that simply did not make sense,” wrote Weinberg. And he continued: “An unusual element of this case was that it depended entirely on accepting the accuser, beyond any reasonable doubt, as a credible and reliable witness. However, the jury was invited to accept his version of events without the existence of any independent confirmation for it.” And so Pell was condemned to six years in prison based on the sole testimony of the same person who filed the complaint.

Sky News recently conducted an investigation in which, based on the accusation, it reconstructed the movements of all the people involved on that – unspecified – Sunday in 1996, and it reached the conclusion, documented with a video, that Pell simply could not have done what he has been condemned for. Now the last word belongs to the High Court.