Capitalism is the best solution to global poverty

Before the dawn of capitalism roughly 200 years ago, 90% of the global population was living in extreme poverty. Today, that figure has fallen to just 10%, above all for the improvements of the last 35 years. Also life expectancy has increased. Paradoxically China is an example of the superiority of capitalism: all the progress in China over the past 40 years is due entirely to the fact that the Chinese have progressively introduced the principles of free markets and private property ownership. 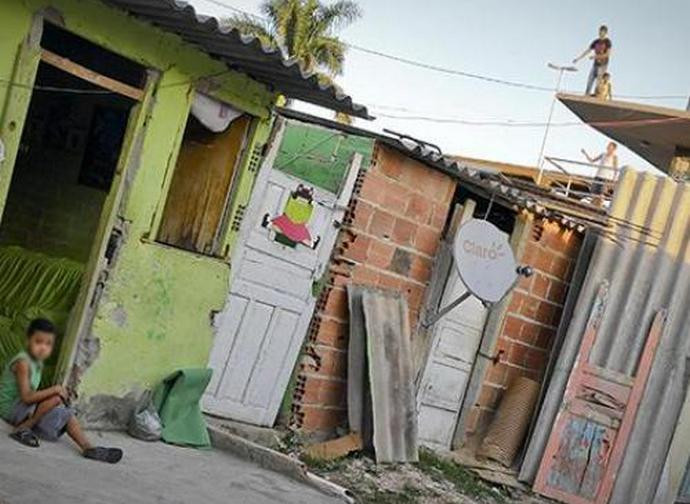 The most important pro-capitalism argument, and one that we need to pass on to young people in particular, is that capitalism is the best economic system for alleviating poverty. Before the dawn of capitalism roughly 200 years ago, 90% of the global population was living in extreme poverty. Today, that figure has fallen to just 10%. And it is particularly interesting that half of this decline has occurred over the last 35 years, as Steven Pinker demonstrates in his impressive book Enlightenment Now.

And these are precisely the same 35 years in which, according to the leftist French economist Thomas Piketty, global inequality has surged. Above all, anti-capitalists complain that the rich are becoming ever richer and that there are more and more billionaires. Indeed, the number of billionaires has risen sharply over the past 30 years. In the year 2000, there were only 470 billionaires in the world. Today, according to Forbes, there are 2,153. What capitalism’s critics fail to acknowledge is that the increase in the number of billionaires around the world and the decrease in the number of people living in poverty are two sides of the same coin: capitalist globalization.

Progress over recent decades is particularly evident in terms of life expectancy gains. Life expectancy at birth has increased more than twice as much in the last century as in the 200,000 years before. The probability that a child born today will reach retirement age is higher than the probability of previous generations ever celebrating their fifth birthday. In 1900, the average life expectancy worldwide was 31 years; today it stands at 71 years. Of the roughly 8,000 generations of Homo sapiens since our species emerged approximately 200,000 years ago, only the last four have experienced massive declines in mortality rates.

In the last 140 years there have been 106 major famines, each of which has cost more than 100,000 lives. The death toll has been particularly high in socialist countries such as the Soviet Union, China, Cambodia, Ethiopia and North Korea, killing tens of millions of people through the forced transfer of private means of production to public economies and the use of hunger as a weapon. The annual number of deaths due to major famines fell to 1.4 million in the 1990s—not least as a result of the collapse of socialist systems worldwide and China’s move toward capitalism. As late as 1947, the United Nations stated that around half of the world’s population was chronically undernourished. By 1971, this had fallen to 29%, ten years later it was only 19%. By 2016, the proportion of people suffering from malnutrition worldwide had fallen to 11%.

Whenever anyone asks what triggered the incredible turnaround in the fight against global poverty, then I have a simple answer: The death of Mao Zedong on September 9, 1976. As late as the end of the 1950s, 45 million people died as a result of Mao’s “Great Leap Forward” experiment in China. I speak on this subject all over the world and, whenever I ask my audiences about the human cost of Mao’s socialist revolution, I find that hardly anyone has heard about it in school. Young people have heard a lot about “the evils of capitalism,” but they’ve not been told about “the evils of socialism.”

Following Mao’s death, China began to adopt free-market reforms and private property ownership rights were introduced. Private entrepreneurship emerged and some Chinese became extremely rich – today there are more billionaires in China than in any other country in the world, with the exception of the United States. But – and this is the remarkable thing – at the same time as the ranks of Chinese billionaires were growing, more than 800 million Chinese people escaped extreme poverty!

It is surprising to take the example of China to prove the superiority of capitalism. Is China even a capitalist country? Doesn’t the state still play a huge role in all areas of life in China? Of course, China is far from being a purely capitalist country. The state still exercises far too much control for that to be the case. But all the progress in China over the past 40 years is due entirely to the fact that the Chinese have progressively introduced the principles of free markets and private property ownership – more capitalism. On a visit to China, I spoke to the economist Zhang Weiying and he couldn’t have been clearer: China’s economic miracle did not happen “because of the state, but in spite of the state.”

Capitalism is not the problem, it’s the solution, especially when it comes to the fight against hunger and poverty around the world. Every year, the Heritage Foundation publishes the “Index of Economic Freedom,” which ranks every country in the world to measure the progress of economic freedom around the globe. Year after year, the ranking proves that no one goes hungry in the countries with the greatest economic freedom. In stark contrast, economic repression only ever leads to hunger and poverty, as we have just seen again in Venezuela, where more than 10% of the population have already fled to escape starvation under the country’s socialist regime.

Rainer Zitelmann holds doctorates in history and sociology and is the author of The Power of Capitalism.