Cancel Culture, the eternal Gnostic dream of starting over from scratch

That change must be permanent and the relative must be absolute, is typical of gnosis. So, Cancel culture should be defined as a Gnostic phenomenon. It disregards reality and order, creation and norms deposited in society over centuries for the enhancement of rebirth, a new creation, a new world. Many are the aspects of everlasting gnosis that we encounter in Cancel culture. And thus, we cannot fail to find its struggle with the Christian faith which has always been its main enemy. 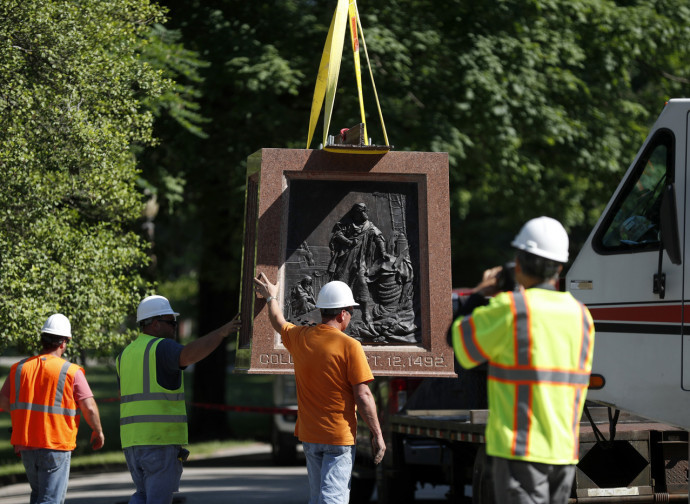 A nation without culture is something very sad indeed. It would be a nation where people know not what to defend, what to cultivate, or what to transmit. Cancel culture demolishes the statues of Christopher Columbus, any evident traces of Missionaries who evangelized the Americas, and every Founding Father wherever he may have been and whatever he may have founded, and extends to wanting to wipe out Western culture at large, Greek metaphysics, Roman law, Christian culture. In its own right, however, this too is a cultural fact. Erasing a culture means expressing a culture. Anti-cultural nihilism is also a culture. The  contradiction is obvious, but it would seem that the proponents of this current fashion are blind to this fact since the principle of non-contradiction is most likely one of their intended victims as well.

Therefore, if this is also a culture, it would be appropriate to delve into its selfsame nature. There have been many waves of ‘culture cancellations’ or ‘erasures’ down through history. I am not really referring to the damnatio memoriae that each victor has applied to the culture of those vanquished. Every war has produced phenomena of that ilk. I am referring to the willingness to start over again "from scratch" which is typical of many philosophical cultures of modernity. One of the most typical cases was that of Descartes, who cast doubt on all the knowledge of the culture to which he belonged, practically all Western culture, precisely in order to start over from scratch. The same would then be done by the Enlightenment and later on  with the positivists. This same resolute commitment is also manifest in Marxism. Of course, all of them - and others whom it is not possible to recall here - already had a new culture in mind when they wanted to cancel their old culture. Descartes wanted a culture based on geometrical science, the Enlightenment on operational reason, positivism on experimental science, and Marxism on praxis. The ‘new’ was already present when they strove to erase the old.

This attitude that privileges the new over the old, makes virtue coincide with adherence to historical novelties, and sin with preservation of the past, is characteristic of modernity as such, even in its nihilistic version of Cancel culture. It can be called progressivism and its watchword could be revolution. Progressivism and revolution are incessant, because the outcome of one revolution is fatally destroyed by the next revolution, and today's progress is necessarily tomorrow's antiquity. Nothing can be preserved. Actually. there is also a contradiction here as well. Progress wants everything to change, but not progress itself,  which must remain. Progress must preserve ‘progress’ as something that may not be opposed, criticized, surmounted, or erased. The same applies to revolution: revolutions change everything except the unchanging reality of revolution, which remains absolute. Even "erasure" must erase everything, but erasure as such must remain an absolute principle.

In Cancel culture, therefore, along with its close connection with the modern spirit, we also see the co-presence of relative and absolute, change and permanence, because change must be permanent and the relative must be absolute.

This is typical of gnosis, so Cancel culture should be defined as a Gnostic phenomenon.  Disregard for reality and order, creation and norms deposited in society over centuries. The enhancement of rebirth, a new creation, a new world, a new man,  palingenesis. Liberation from the constraints of reality, truth, the past, salvation as indifference with respect to evil and related to conscience alone. Many are the aspects or features of everlasting gnosis that we encounter in Cancel culture. And thus we cannot fail to find its struggle with the Christian faith, which has always been its main enemy.

In this issue, Cancel culture has not been addressed directly because we have preferred to challenge it by correctly illustrating one of its most cherished themes, namely the evangelization of the Americas which for so long has been under the dark clouds of a ‘black legend’ circulated by pursuits connected with the Enlightment and the anti-religious propaganda of the English-speaking and Protestant middle classes. Planned disinformation about the evangelization of the Americas has been circulating for centuries. Nowadays, however, there is an additional feature: the cancel culture thrust is focusing directly on this heritage as the primary target of its endeavor, its desire to erase, to cancel. Therefore, instead of engaging in polemics with and against Cancel culture as such, we considered it more opportune and useful to highlight and set forth what it would like to cancel, but do so in the right light.