Bux: “Only the proclamation of the Gospel produces true and enduring peace”

The ecumenical relations crisis between the Holy See and the Patriarchate of Moscow due to varying positions regarding the war in Ukraine: “it is the failure of an ecumenism based upon highly publicised encounters attempting to diminish the significance of our differences. John Paul II, on the other hand, focused upon establishing the roots of various cultures and traditions in order to insist upon the unity found in their origins: Christ and His Gospel”. “The work of the Church is not to fight for the environment or for peace, but rather to evangelise, because only Jesus can change a person’s heart. And if their heart is changed, the world will be changed”. The theologian Monsignor Nicola Bux speaks out. 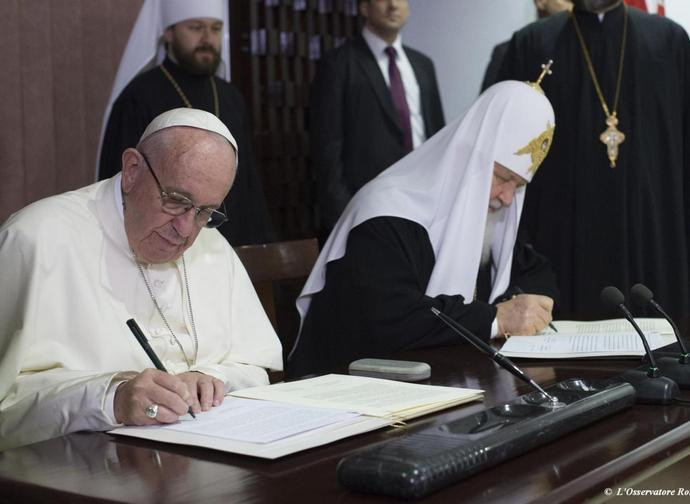 “Now that the Patriarch of Moscow Kirill has responded in kind to the pope, it is clear that there is an urgent need to change the ecumenical method which - as we may note by recent events - was destined to fail”. This is according to Monsignor Nicola Bux, theologian and professor of Oriental Liturgy and Theology of the Sacraments, as well as consultant of various Vatican Congregations during the Pontificate of Benedict the XVI. Monsignor Bux, who is well acquainted with the Orthodox world, has kindly accepted to be interviewed by the Daily Compass, at the moment of an historic deterioration of the relationship between the Holy See and the Patriarchate of Moscow.

Pope Francis – who, at the beginning of the conflict had chosen to maintain a prudent distance in order to avoid damaging the fragile relationship between the Patriarchate of Moscow Kirill (a patiently nurtured reconciliation culminating in the Havana encounter of February 2016) and the Holy See, has gradually taken a harder position towards the Patriarchate of Moscow. With the advancement of the war, in fact, due to Kirill’s position, which openly supports the war instigated by the Russian president Vladimir Putin, it has become increasingly more embarrassing for Pope Francis. After having recently cancelled the second encounter organised for this summer in Jerusalem, Pope Francis also spoke strong words in his interview with the Italian newspaper Corriere della Sera, as he recalled his zoom conversation with Kirill last March.

The Patriarchate of Moscow, according to Francis, spoke for twenty minutes, listing all of the reasons justifying the invasion, and the response of the pope was an invitation to avoid using political terminology, speaking rather with the language of Jesus, and to avoid becoming Putin’s “altar boy”. Obviously, the response of the Patriarchate was immediate: in a press release dated 4 May, he claims that the pope misunderstood Kirill’s words: “It is deplorable that a month and a half after the conversation with Patriarch Kirill, Pope Francis would choose to use such an erroneous tone in order to transmit the content of that conversation. It is unlikely that such declarations may contribute to the establishment of a constructive dialogue between the Roman Catholic Church and the Russian Orthodox Church, which is particularly necessary in this historical moment”. 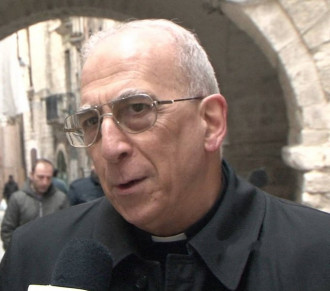 Strong words, yet certainly the certification of failure of a certain manner of practicing ecumenism, which the Ukrainian crisis has brought to light. Encounters, dialogues, agreements, shared documents which have created an illusion of constructing peace in the world. “It is the season which had as its protagonists such entities as the Community of Saint Egidio, whose roots are based in an erroneous conception of ecumenism, which has taken root in place of that which was indicated by John Paul II”, says Monsignor Bux.

Could you explain what you mean in greater detail?
We accepted the illusion that it would be possible to construct peace and unity between the various Churches by focusing on erasing their respective differences, with highly publicised encounters establishing accords and various declarations, almost all of which were based upon UN themes: peace, the environment, etc. The direction established by John Paul II, on the other hand, focused upon establishing the roots of various cultures and traditions in order to insist upon the unity in their common origin: Christ and His Gospel. It is these roots of the Latin, Greek and Slavic traditions that provide us with that necessary unity. For this reason, John Paul II, who was himself of Slavic origin, immediately understood and appreciated that movement of evangelisation which civilised the Slavic world, capitalising upon that missionary spirit which led the brothers Cyril and Methodius to spread Christianity in that area which until that point had been known as the Great Moravia, during the IX century. Not surprisingly, the Saints Cyril and Methodius, both monks, were chosen by John Paul II as co-patrons of Europe together with Saint Benedict, whose monastic movement was contemporaneously evangelising Latin Europe.

John Paul II also dedicated an Encyclical to Cyril and Methodius . . .
Yes, the Slavorum Apostoli, in 1985. And reading those words today, we find that they were prophetic: “Perfect communion in love preserves the Church from all forms of particularism, ethnic exclusivism or racial prejudice, and from any nationalistic arrogance” (no.11). A timely assessment, considering the present position of the Russian Orthodox Church. That which should be sought is the perfect communion of love, that unity which is “is a meeting in truth and love, granted to us by the Holy Spirit” (no.27). In order to reconstruct the Church’s Catholicity, it is necessary to have the stories, traditions and cultures at the basis of the varying identities of all the Churches reunited in communion.

Pope Francis was decisive in his choice to correct Kirill for his use of political language, reminding him that the various Churches cannot be the State’s altar boys.
Yes, that’s true. But he himself has spoken politically on other occasions. One is also the State’s altar boy when one follows the waves of UN campaigns. It is not simply a question of which language to use: it is a question of attitude, substance, of the primacy which is given to Christ and His Gospel with respect to other worldly concerns.

So, what should the Church do?
The primary concern of the Church should be evangelisation, the proclamation of the Gospel of Christ which is an invitation to conversion: if you change your heart, you will change the world around you. the Church is called to evangelise, not to promote ideological agendas, whether we are speaking of the environment or of peace. It is always ideological when one abandons the Church’s principal obligation, which is to teach others to know Christ through evangelisation. This is because the Gospel has an implicit force of conversion.  When the Gospel of Christ is proclaimed, it is Christ Himself who comes to move the heart of Mankind, and if Mankind’s heart is moved, the world will be changed. Today this is no longer understood, but it was the knowledge and understanding of all of the great saints. It was so for Benedict, Cyril and Methodius, and also for Catherine and Brigid, who were also proclaimed co-patrons of Europe.
The Church must believe in this movement, it must not waste time with such affirmations as “Ah, war is terrible”, “Ah, how beautiful peace is”, “Ah, how we are ruining the environment”. All of these arguments resonate as lack of faith in the power of Christ and his Gospel: Christ could have made His mission a series of sermons upon values useful for changing the power of the time, but He didn’t. He instructed us to give to God what is due to God, that is: give primacy to God. And the primacy of God requires us to go into all the world, bringing the Gospel to all creatures.

A way in which we have conformed to taking more ideological approaches is exemplified by the question of peace. It seems we have accepted a generic conception of peace which corresponds more correctly to UN guidelines. And this crisis of conformity is also visible in our approach to the Ukraine crisis.
It is wrong to support all UN battles uncritically, because the UN departs from a different presupposition, that is, the illusion that peace and unity may be reached without conversion. True peace may only be brought about by the proclamation of the Gospel, that is, the understanding that Christ has the power over the heart of each person, because only He knows what is in their heart, as the Gospel of John proclaims. If you do not change a person’s heart, all the rest is idle chatter. The focus is the heart, because the heart is easily slave to original sin, and therefore chases Utopias, because sin is a form of egotistical self -interest which has consequences at a social, economic and national level. Change may be proposed only after the root of the heart of mankind has been touched. This is why the pope must pray for conversion, for without conversion, peace cannot be established. The Church is minister to One who says “You communicate me and I will do the rest”, “Don’t presume to desire the establishment of peace, lawfulness, etc. You communicate Me, and I will do the rest”. The Church must be bearer of this faith which demolishes every obstacle, otherwise it will become irrelevant.