Brussels' war against Hungary and Poland. And against common sense

Hungary confirms confidence in Orban and re-elects him. And Brussels is ready to retaliate: no Recovery funds, frozen in the name of respect for the rule of law. This is an expected and predictable response, but it shows how much the EU has become a super-state that punishes or rewards, depending on the loyalty of its members to "its" values. And even the Recovery for Poland is still pending, awaiting approval, because Brussels is demanding that the government dismantle its justice reform. Despite Poland taking in millions of war refugees from Ukraine, Brussels continues to fight its own internal war. 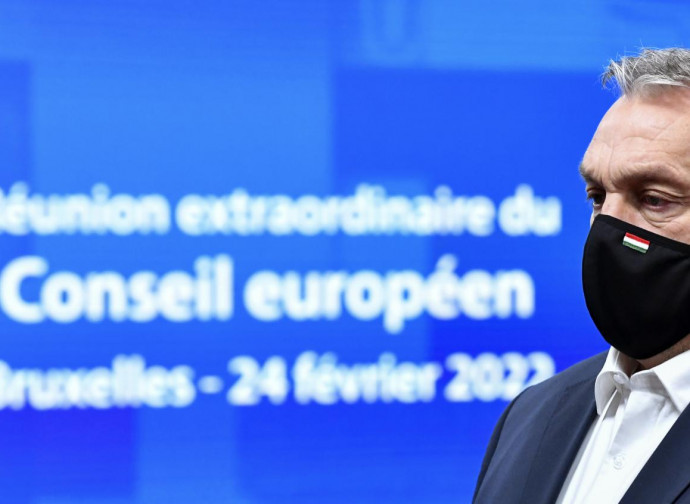 The law of retaliation is the new 'value' for Europe, with Hungary and Poland once again being stabbed by Brussels. As we have been describing in the past months, Brussels would not forgive the governments of Poland and Hungary for their defence of the natural family, education, and children's sense of decency and parental rights against LGBTI dogmas. The sanction procedures and the freezing of funds for the two countries are and will be its revenge.

Democracy? Out of the question, there is no respect either for the popular vote or for the solidarity efforts that Hungarians and Poles are making towards Ukrainian refugees. Only a few days after the Hungarian vote, the Commission showed its teeth and its President Von der Leyen did not waste time, at the first opportunity last Tuesday, March 5, to confirm the doggedness towards a country that had made the error of reconfirming the Orban government with 2/3 of the consensus. Two articles in The Guardian on Monday, 4 March had pointed out that Orban's victory would only lead to the retaliatory freezing of Recovery funds. Everything was confirmed the following day in Parliament by the President of the Commission: the European Budget Commissioner Johannes Hahn has already informed the Hungarian authorities that the so-called conditionality mechanism on the rule of law will be activated, also because there is a clear problem of corruption in the country.

Unsurprisingly, this received applause from the Jacobin MPs in the chamber, proud to be co-leaders of this infamous and impolitic decision. The rule-of-law mechanism was created by the EU as a means of withholding funds from member states that violate the rule of law. In the event of such a violation, the Commission can submit a proposal to the European Council. A qualified majority (55% of EU countries, 15 out of 27, representing at least 65% of the bloc's population) is then required for its approval. Hungary and Poland are also embroiled in the so-called Article 7 procedure launched by the EU in 2018. This can be triggered when a member state is deemed at risk of violating the bloc's core values. The mechanism could eventually remove a country's voting rights; such a step would require the unanimous consent of all other countries. Last summer, the EU suspended payments from its €7.2 billion ($7.9 billion) Recovery funds for both Hungary and Poland due to "corruption", "unjust judicial reforms", and "widely perceived democratic regression".

In Budapest, such a decision by Brussels was taken for granted, so much so that Zoltán Kovács, the government's spokesman, immediately reiterated: "Brussels has no real legal basis for withholding the money... the European Court of Justice has declared that the procedure needs a proper legal basis... there is no legal basis because we have not yet received a single cent of the funds that can be used, which is a fundamental condition for initiating the rule-of-law mechanism against a certain country in case of misuse of the money. How can we be punished for something we could not do?". Punished regardless, but also because the popular vote has confirmed and rewarded Orban, while already today the opposition supported by Brussels has completely shattered into several quarrelsome parliamentary groups.

Things are not much better in Poland, where Prime Minister Morawiecki has in recent days been attacked by the Soros press for simply defending the will of the Hungarian people. The former Ombudsman's threatening warnings about the supposed dismantling of the rule of law by the government and President Duda must also have struck a chord in Brussels. It is no coincidence that, in the same debate on Tuesday, President Von der Leyen reiterated that she had been very clear "on the conditions for the Polish Recovery (still to be approved)", because the three conditions (dismantling of the disciplinary chamber of the Supreme Court, reform of the disciplinary regime for judges, and the reinstatement of judges whom the EU considers to have been "illegally" dismissed), have not yet been met by the Warsaw government. Thus, although Poland has received and is integrating 2.5 million Ukrainian refugees into its schools and companies, its money is frozen, like Hungary's.

While in Budapest the opposition is arguing and weeping, in Warsaw Donald Tusk, former President of the European Council and leader of an opposition (just as incredibly heterogeneous), instead of raising his voice against Brussels and showing commitment to the good of the country and the challenges it is facing, has started to request wage increases for the civil service. Waiting for the Orban government's moves, after the umpteenth illiberal affront by Brussels, Poland has already made its first move: blocked by Warsaw's veto the EU directive that would implement the internationally agreed minimum effective tax rate of 15% for large multinationals. All blocked, both for technicalities and for political reasons. The conflict conducted by Brussels against Christian and conservative countries forces them into self-defence and, therefore, to use the power of 'veto', as Orban said yesterday when meeting the foreign press: "We are in an alliance of mutual defence with the Poles, which is a strategic issue even if our positions differ on foreign policy issues, because the issue of self-defence within the EU is the most important one".