The climate is always changing. There is no country and no people in the world completely safe from natural disasters. Rather, it is the evolution of scientific and technological developments which have successfully limited the losses and damage nature inflicts. The problem of Africa, for example, is a lack of disaster management infrastructure. But now, with the climate change obsession it's easy to attribute the blame to Western modes of production and lifestyle and obtain generous compensation for the presumed damage. 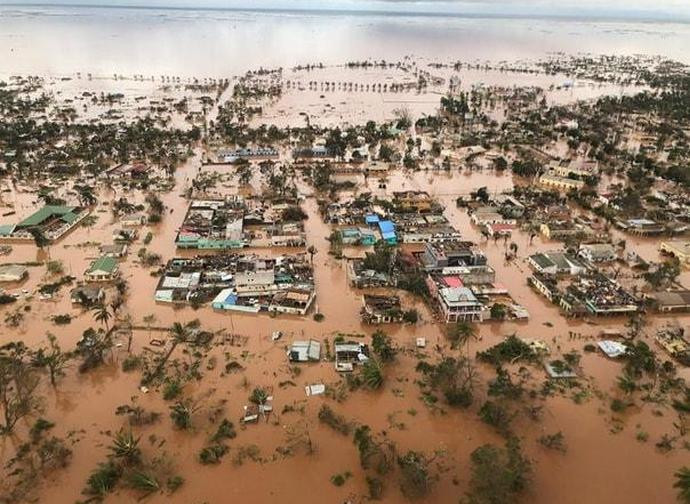 The climate is always changing. Farmers all over the world know that a good season with an abundant harvest can be followed by a bad one or even a series of adverse seasons: it rains too much, too early, too late or it does not rain at all. Humanity has always feared floods and droughts that destroy crops, kill livestock and force entire families to move in search of food. There is no country and no people in the world completely safe from natural disasters.

Yet, no-one has ever thought to change the climate. Rather, it is the evolution of scientific and technological developments which have successfully limited the losses and damage nature inflicts. Those who do not take advantage of these developments should not blame climate change, but consider they lack the technologies in use in different countries and seek to remediate the situation, as they often attempt to do.

It’s an unavoidable fact that Africa is threatened by weather phenomena, climate changes, adverse climatic events as much today as a thousands years ago. Every year, Madagascar, Mozambique and all the east coast of Africa are hit by heavy rainfall caused by the monsoon and the Zaire Air Boundary that brings wet weather even far inland. Rainfall may become even more extreme by the formation of tropical cyclones in the southeastern Indian Ocean. Every year, dozens of lives are lost, tens of thousands people are displaced, floods and landslides bury houses and fields.

Of course most of the disruption is due to a lack of disaster management infrastructure. Rarely however, was there any mention of human responsibility, until anthropic climate change, pure conjecture, won worldwide consensus making it possible to attribute the blame to Western modes of production and lifestyle.

In the last 30 years, there have been at least ten deadly cyclones. The most destructive was Eline, in 2000; it killed more than 700 people, swept away roads and bridges, left almost half million people displaced or homeless, with damage estimated at US$ 500 million. Yet, cyclone Idai and cyclone Kenneth which hit Mozambique in March and April 2019 were claimed to be “unprecedented” events. Dr Friederike Otto from the University of Oxford told the BBC: “There is absolutely no doubt that when there is a tropical cyclone like this, then because of climate change the rainfall intensities are higher. And also because of sea-level rise, the resulting flooding is more intense than it would be without human-induced climate change.” Julie-Anne Richards, a consultant and campaigner for a “climate damages tax” on coal, oil and gas producers to fund aid to victims of climate disaster, said: “Part of the overall problem with climate change is a problem of injustice: the people who didn’t cause the problem are typically those facing the worst impact. To ask them – the poorest, the most vulnerable people – to then take a loan for the loss and damage resulting from climate change is just an outrageous doubling down of the injustice of climate change.” Meanwhile Jubilee Debt Campaign, was urging the IMF to write off debt to countries hit by Cyclone Idai, as it did for Ebola-stricken countries in 2015.

The Mozambican Ministry of Health is currently complaining that climate change is directly affecting its people who are HIV positive. The ministry claims that half of HIV patients have stopped attending their follow-up medical appointments in areas affected by both cyclones, and that the number of people taking their medication has dropped by 50per cent.

Whereas, it is claimed in Somalia that climate change is challenging the future peace-building missions. Inter-clan fighting has been ravaging the country since 1991. Since 2006, the jihadist group linked to al Qaida known as al-Shabaab controls large parts of the southern rural areas. The Somali government does not administer the country, it depends on foreign donors for its budget and on foreign troops for its security. It received more than US$ 50 billion in aid between 1991 and 2011. Recent reports have revealed that US$ 18 million paid by the EU, Saudi Arabia, and the United Nations have disappeared. The government received the funding, but it did not pass through the Treasury’s account at the Central Bank. In fact, according to the World Bank, corruption is behind two thirds of aid vanishing.

A new report by SIPRI, the Stockholm International Peace Research Institute, asserts that it is climate change which poses serious challenges to current and future peace-building, to the “overburdened governance” and to UNSOM, the UN mission; while radical groups grow in strength. Actually the report finds that the rising numbers of droughts, floods and famines, due to anthropic climate change, allows al-Shabab to act as a service provider “because it is more flexible and therefore more resilient to the impact of climate change. The group succeeds in making the international aid community and UNSOM appear weak by exerting control over them.” This in turn legitimises them with the local civilian population. “Many people prefer to go to al-Shabab courts, because they are less corrupt, and their decisions are enforced because al-Shabab still has the capacity to use force through survival. Of course, this is something that directly undermines the whole state-building process,” said a UNSOM Officer quoted in the report.