Black memories: when the Democrats defended the interests of slave owners

Democratic Party’s most “ugly” memory is found in its 19th century pro-slavery, agrarian political agenda, not to mention its “Manifest Destiny” ambition which prompted the mass mistreatment of Native Americans. It was 19th century Republicans, not Democrats who ultimately defended black lives 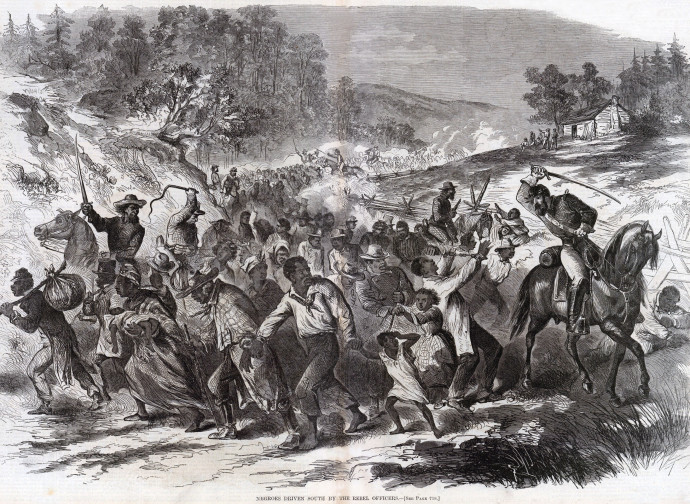 The American Democratic Party is the oldest voter-based political party in the world. It has plenty of deep history, some of which is proud, but a lot of which is heavily tarnished. The Democratic Party’s most “ugly” memory is found in its 19th century pro-slavery, agrarian political agenda, not to mention its “Manifest Destiny” ambition which prompted the mass mistreatment of Native Americans.

The modern Democratic Party was formed out of a factious Democratic-Republican platform in 1820. It eventually split again into northern “unionist” and southern “secessionist” camps just before the Civil War. Its traditional political rival was the Whig Party. The Whigs were eventually replaced by the Republican Party, whose conservative platform aimed to uphold the American Union, maintain orthodoxy to the nation’s founding Constitution (including God-given natural rights and civil liberties protected therein), and foster an industrialized society that could trade prosperously and internally among all the states. Both parties favored limited government, but the Democrats won loyal constituents by representing the “common man.” The Democrats earned a particularly earnest following among cotton and tobacco growers, cattle ranchers, urban laborers, and many immigrants who held low-paying jobs. The original 19th century Democratic Party platform fought for the “little guy” and individual state’s rights. It was suspicious of government economic interventionism, large banks, and of special-interest lobbying that entangled webs of economic and political interest.

Despite some of the good it represented, the Democratic Party had overwhelming support among its members in U.S. congress and southern state legislatures to uphold the institution of slavery in its politically dominated regions. In the very least, the Democratic Party advocated states' rights to choose whether or not to be a free state, but it did not universally oppose slavery as anti-constitutional or as an intrinsic evil.

Many of the party’s presidential forbearers in the Democratic-Republican Party were slave owners. But here we can’t blame the Democrats entirely. This sordid history crossed party lines among the earliest American presidents. At least a half dozen of them owned slaves before, during, or after holding the nation’s highest political office. Slave-owning presidents included some of the founding fathers and earliest heads of state like George Washington, Thomas Jefferson, James Madison, William Harrison, John Tyler and, infamously so, the first Democratic President Andrew Jackson. Jackson was also accused of taking part in slave trade and was the most active political enforcer of Manifest Destiny, which displaced millions of “inferior” Indians as the young nation ambitiously stretched its borders across North America.

Democrats had the chance to reform their bitter history when Martin Van Buren helped found the new Democratic Party. Van Buren distanced himself from his predecessor, Andrew Jackson (under whom he served as Vice President), and most southern Democratic colleagues by arguing against slave state expansion. Yet, his ambition for moral reform within his new Democratic Party platform would be short-lived, eventually being ridiculed sarcastically as President Van “Ruin”. After serving only one term (1837-1841), Van Buren was quickly replaced at the Democratic Convention by James Polk, who strongly upheld favor with anti-abolitionists and was elected president. Polk was said to have even used slaves inside the White House. This was no surprise. When Polk was Speaker of the House of Representatives, he used the “gag rule” to forbid citizens’ requests for Congressional debate on slave ownership. The sin once again crossed party lines to Polk’s successor, Whig President Zachary Taylor, a southerner who owned several slaves, and who again demonstrated little political will to promote an abolitionist Union.

Until President Taylor, both Whigs and Democrats were both guilty of slave state tolerant platforms or were culpable of, at least, personal hypocrisy and moral passivity. Slowly from then onward, the abolitionist movement gained traction in the free north. Following Taylor, the next three presidents became less and less pro-slavery until James Buchanan, a fierce Democrat, took office in 1857. A few crucial acts of his presidency inflamed a nation already at the brink of war: Buchanan supported the U.S. Supreme Court’s Dred Scott case (which denied ex-slaves and their descendants American citizenship and freedom even while residing in free states and territories) and he sustained Kansas entering the Union as a slave state.

The tense American political theater, just a few years before the Civil War, was at a boiling point during Buchanan's Democratic presidency. The scene was set for the Democratic Party decision to side fully with southern anti-abolitionist and secessionist states or with the northern Democratic constituencies that were pro-Union, tolerated slavery, and favored individual states' right to choose.

When Abraham Lincoln ran for president in 1860 on the first-ever Republican Party ticket, the Democratic Party effectively split its support for two separate candidates: the northern pro-states' rights and unionist Stephen Douglas of Illinois and the southern ideologically anti-abolitionist John Breckinridge of Kentucky. Lincoln swept to a victory with a clear platform of preserving the Union and opposing the expansion of slaveholding states. Southern Democrats saw this as the first major threat to abolishing their perceived “states’ right” to slavery. Days before Lincoln’s March 1861 inauguration, seven southern Democratic states officially seceded. In April, the Civil War erupted, and 10 months later Mississippi pro-slavery Democratic Senator Jefferson Davis became the President of the Confederate States of America.

What ensued was America’s bloody four-year battle over not just preserving a truly "united" United States of America, but in defense of a moral absolute regarding the free nature of persons as protected in the Constitution. The Republican Party chose to defend universal human freedom to the bitter end. Between 1861 and 1865, the war fought over one almighty truth – that “all men are created equal under God” – would cost more American lives (650,000-750,000) than all other wars combined in U.S. history.

When all is told, no early U.S. political party was immaculately conceived without the original sin of slave advocacy. Whigs, Federalists, Democratic-Republicans had slaves, while many top government leaders were politically tolerant of slavery for the trade-off of maintaining the Union. Other statesmen were saints in public but grave sinners in private. In the end, the defining political will came via the Republican Party, even if Lincoln himself did not proclaim the abolishment of slavery until his Emancipation Proclamation of 1863, almost two years after the start of the Civil War. It was the Republicans, not the Democrats, who had the final moral gut check and responded valiantly to defend the God-given liberty of men and women of color in a do-or-die battle of the ages against their nation’s most sinful institution.