Bishops, please give us a break! 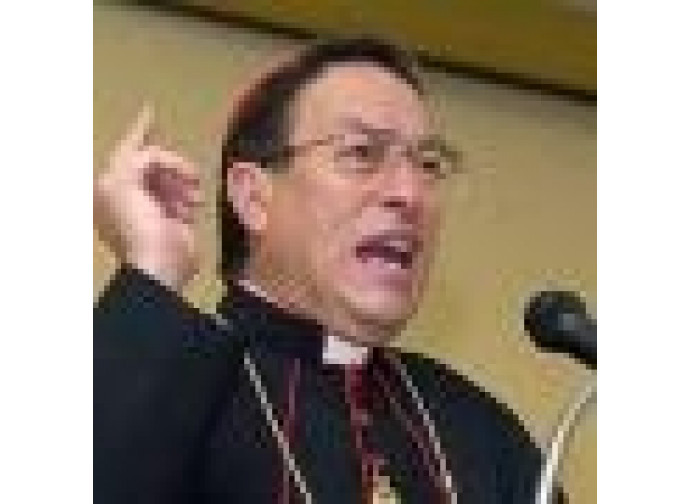 I would like to make a simple proposal: bishops and cardinals stop giving any more interviews on any subject to any newspaper at all. At least for a period of time. Take a sabbatical. We ordinary believers need a break, a period of silence from our pastors, to pick ourselves up again from the confusion and disconcertment. We can't take any more.

The cardinals and bishops don't need to voice their views on everything in continuation, mutually contradicting and criticising each other in newspapers, expressing their personal opinions, revealing confidential information, revealing the conclusions of a Synod that hasn't even begun, giving their judgements on this and that, leaking what will be said in the next Papal encyclical including anticipations, interpretations, declarations, warnings and forecasts.The faithful are totally disorientated.

Cardinal Kasper speaks continuously about communion for the remarried and a thousand other questions, travels the world giving lectures and interviews like the head of a political party preparing his offensive for the next Synod. Cardinal Maradiaga has criticised his colleague Müller on the pages of Tegespost, not in a private meeting. Couldn't they just have got together and talked to each other? And now, Monsignor Galantino leaves everyone speechless with, to say the least, ambiguous and disorienting comments. The group of cardinals charged with reforming the Vatican curia, have by now made numerous tactless remarks. This is a  pool of cardinals who hold positions of great responsibility in the church.

Everybody has understood by now that amongst the cardinals there are thousands of positions regarding the various themes for the next Synod. Never before has such chatter taken place before a Synod. Why don't they just keep quiet and what they have to say to each other, they say it when they meet at the Synod? Or what is the problem preventing them from talking to each other behind closed doors? The faithful are concerned and many fear, that the chatter will continue during the Synod as well. Surely, it is not a good example of clerical responsibility. On the matters, that they treat with such laid back attitudes in interviews to the papers, the faithful commit their lives. It is said that at the end of the day, the Pope will write the synthesis. But even this risks to deform the question: that the Pope is the one to mediate between the various positions and that the truth which the Synod will teach is only the fruit of a dialectic synthesis.

During this latest period both the bishops and cardinals have behaved like politicians, speaking in code language through the newspapers. Magistrates have been criticised for not making their declarations exclusively through the acts. Why don't the bishops and cardinals do the same? They too should make their declarations using messages, homilies, pastoral letters, referring to the acts of the Magisterium and not with quick off the cuff comments into a journalist's microphone. At least long enough for us all to recover from the disorientation.

It has been remarked: but that isn't Magisterium. It's true, but if there is a Magisterium, why don't they use it? This increasing use of verbal exchanges is not helpful, not everyone is able to distinguish the difference, exploitation is inevitable, the elevated number of interventions neutralises the effect and even if a truly significant comment is made, it will more than likely be interpreted as more chatter. The cardinals and bishops should speak as little as possible, so that when they do have something to say, it carries weight.

It is amazing that having witnessed during the last few decades, how damaging the misinformation that the mass media casts on matters of faith - they have still managed to deform an entire Council. They still grant imprudent interviews and then get locked into a welter of denials when the damage is by now irreparable. This behaviour by men who hold positions of great responsibility is incomprehensible, as is what they hope to achieve or why they give in to the logic of the world stage.

Not long ago, the Vatileaks case exploded, but this is also a sort of Vatileaks, a continuous trickle of indiscretions, poisoned arrows, ambiguity, concepts on the cutting edge, affirmations and denials. It is the faithful who end up paying the consequences.

Mine is a humble request. I am a simple nobody. Please, Your Eminences cardinals and bishops, stop giving interviews. Give us a break, at least for a while!