Birth control, a war against the poor

Contraception, abortion and euthanasia are not conquests of civilisation but weapons in a war against the poor. This is what emerges in a recently published book, Exterminating Poverty by Mark Sutherland. His book tells the story of the legal battle between his grandfather, the Scottish doctor Halliday Sutherland, and Marie Stopes, founder of the first family planning clinic over her eugenic plan to get rid of the poor. The Daily Compass spoke to the author 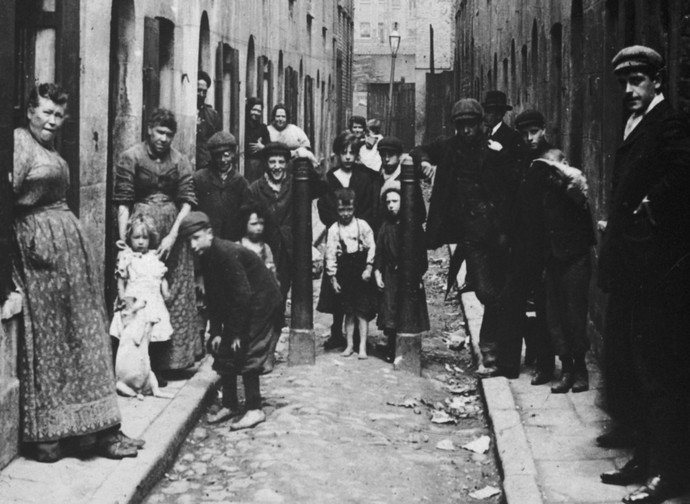 Contraception, abortion and euthanasia are not conquests of civilisation but weapons in a war against the poor. This is what emerges in a recently published book, Exterminating Poverty by Mark Sutherland. His book reveals that the battle in Britain to suppress the poor was already well under way a century ago. It recounts the “true story of the eugenic plan to get rid of the poor and the Scottish doctor who fought against it” (as the subtitle explains). In 1923, Marie Stopes the infamous birth control pioneer and founder of the first family planning clinic (1921), accused a Catholic doctor Halliday Sutherland, of libel, after he accused her of “exposing the poor to experiment.” In realty, that acrimonious legal battle which reached the House of Lords, was also a pretext to undermine the credibility of the Catholic Church which Marie Stopes saw as the greatest threat to her scheme.

The Daily Compass called Mark Sutherland, Dr Sutherland’s grandson who lives in Australia, to explain his reasons for writing the hitherto untold story of his grandfather’s legal altercation with Marie Stopes. His extensive use of historical documentation on the case, which concluded in victory for Dr. Sutherland, not only fills in the gaps of a controversial chapter in British history but enables the reader to decide if the prevailing narrative on birth control is true and what influence eugenics has had on the population control practices diffuse today.

Mr Sutherland after 100 years of feminist propaganda, do you think your book could correct the official narrative that presents Marie Stopes as a champion of women’s rights, and expose the eugenic roots of family planning clinics?
It’s the reason I wrote the book. The fact the official narrative at every anniversary of the opening of the first Marie Stopes Mother’s Clinic is very well curated, is evidence that people are concerned what information circulates. Recent attempts to separate Marie Stopes’ racist eugenic past from the purpose of the first birth control clinics is an attempt to hang onto her contribution to population control. In fact, birth control was already available to women at that time but Marie Stopes intended to use it to eliminate the poor. Birth control and eugenics are two inseparable faces of the same coin. In today’s cancel culture, people are worried if you tell the historical truth their so called freedoms might be taken away. Considerable time and resources are spent putting the official narrative in to women’s heads. My book appeals to those who want to know what really happened then to make informed choices today. In your book, you state Marie Stopes’ clinic was a success. Many might interpret this as you are in agreement with the need for that clinic. How do you respond to this argument?
There was a need. Women were going to an early grave due to multiple pregnancies and malnutrition. My book describes how both sides attempted to address the problem. Dr Halliday Sutherland from a medical perspective wanted to provide women with natural methods of regulation that respected women’s health. Marie Stopes, who had no medical training, thought the best solution was to stop the poor from having children. The Marie Stopes Mother’s Clinic provided artificial contraception and abortion inducing devices which were unsafe and dangerous while she campaigned to forcibly sterilise poor women. Marie Stopes employed women to go door to door in the East End of London and later, when that didn’t work, opened her clinic nearby, because they were the class least likely to use contraception. Of course they were unaware they were being used for an eugenic experiment. The intention was not assist them but to eliminate them by extermination. Dr. Sutherland (here in a photograph of 1920, used with permission of the author), fought against this solution and who proposed it.

Marie Stopes has gone down in history as the person who brought sexual freedom and equality to women, yet recently she was labelled a racist. Do you think this has finally put the record straight or is it a masquerade to maintain the status quo?
It’s easy to look at the past and say women were liberated thanks to people like Marie Stopes. But if we look at the results of the sexual revolution, people are not necessarily in a more liberated happier place today. It’s also hard to argue against the concept of liberation because it seems you don’t want people to be free. Nobody defends racism but how it was applied 100 years ago is often over simplified. It was about identifying and eliminating the “other”, something that goes beyond skin colour or creed. People who cry out against racism and eugenics accept the systematic elimination of Downs syndrome babies or disabled children without thinking twice about it — I believe they have been brainwashed by population control propaganda. I wouldn’t say the record has now been corrected. Until the full truth is out, the masquerade will continue.

What do you mean when you write that the population control battle continues today.
I used to think contraception, abortion, eugenics, euthanasia were all different planets but I have come to realise they are all connected as methods of population control. The mainstream media largely ignore the subject because they bow to the politically correct ideology of the times. But those who know what is going on have a responsibility to stand up. Otherwise we are the same as those who said they knew nothing about Nazi concentration camps while millions were being killed. It’s still happening today with abortion.

Despite the demographic crisis in many countries, abortion is hailed as women’s greatest achievement and we have moved towards legal infanticide. How do you evaluate this schizophrenia?
Today’s news of the falling population apparently came as a surprise to everyone, despite Dr Halliday Sutherland’s 1929 prediction: ““The cataclysm which may end the eighth known epoch in civilisation may be a lack of European children.” But considering the gravity of the problem, you would think there would be a push to increase the birth rate, instead we find abortion is ever more rife and sometimes used as a form of contraception. The world is indeed schizophrenic. There are so many conflicting situations. If an elderly person is depressed and has suicidal thoughts, some say get them down to the local euthanasia clinic. On the other hand, for a transgender person having the same thoughts, the response is they need help and everyone is saying we have to do something to save them. Discrimination against women is taboo, except it seems where sex-selective abortion is concerned. Surely, the sanctity of human life is the principle that applies in all cases.

How did historians get away with presenting so many half truths when multiple historical documents contradict the official narrative?
Historians have bent the historical narrative out of shape by omission. There are renowned biographies about Stopes that leave huge gaps in the chronicle, I have filled those gaps in my book with the facts. I knew that if I didn’t write this episode in the history of eugenics and birth control it would have been forgotten forever. It’s usually feminists who write about birth control or those who are intent on keeping up the party line. That Marie Stopes was distributing contraception to stop a class of people reproducing is missed out, as are her references to them as “the spawn of drunkards” and “parasites”.

Why did Marie Stopes fear the Catholic Church so much?
The Catholic Church in my grandfather’s time was an impressive bulwark to eugenics. When my grandfather took up the gauntlet, he could rely on the Church hierarchy, ordinary Catholics to support him and church teachings. Today the church has many different factions. It isn’t uncommon to hear people say the battle over contraception and birth control has been lost. People might not agree with the teachings of the church on contraception but it’s not a reason to accept the propaganda on the other side. I was a lapsed catholic myself until I wrote this book, the journey brought me back to my faith. I wondered what it was that made my ancestors take their faith so seriously. I decided to go to a Latin mass because it was the closest I could get to the experience they had lived. It was like coming home! The experience of the Catholic mass draws you in and Marie Stopes feared that. The Catholic Church has always been on the right side of history. We need to facilitate people’s understanding of this.

How would you define the current situation?
Sometimes it seems we are all turkeys on a turkey farm and one turns to other and asks why are we being fed all this stuff and another says “shut up and eat”. I want my book to make people ask what’s the propaganda for population control all about and why we are being fed this stuff.