Biennial lockdowns, good for the climate bad for mankind

The equivalent of a lockdown every two years, because, in 2020, an annual CO2 reduction target set by the Paris agreements was doubled. This is what a study by Nature Climate Change attests. Rather than suggesting to repeat the experience, however, it calls for the same result to be achieved by adopting a green energy policy. But, at what human and material costs? 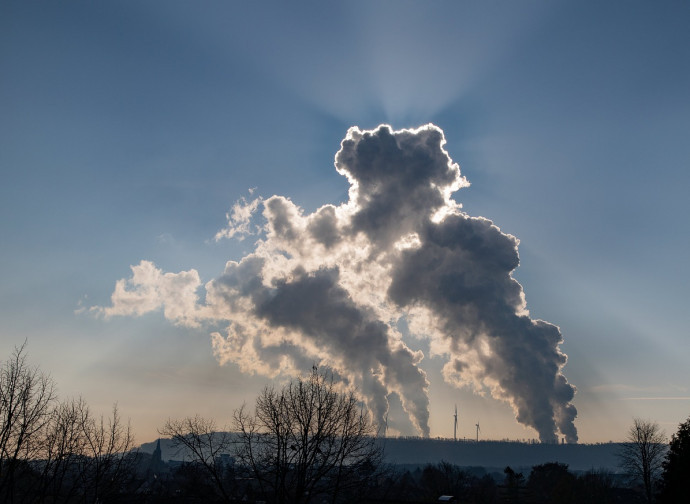 So lockdown is good for the climate. It is not the first time that this has been said by scientists and politicians. The belief has been reaffirmed by an international study which calculated how, in order to achieve the climate goals set by the 2015 Paris agreements, the equivalent of a generalized lockdown every two years would need to be accepted. To their credit, the authors of the climatological study do not suggest closing all citizens up in their homes every two years, but to set up energy policies which achieve the same result as if they were.

According to a study published in Nature Climate Change, signed by Corinne Le Quéré (University of East Anglia) and seven other British, Norwegian, Australian and US researchers, closures around the world due to the Covid-19 epidemic have been decisive for reducing the level of CO2 emissions. Therefore, the study proposes: "The contradictory effects of post-Covid19 investments in fossil energy infrastructure, and the recent strengthening of climate objectives must be addressed with new policies aimed at supporting a global reduction of emissions in the post-Covid era19 ". Translated into simpler terms: while we're at it, let's switch to green energy, so as to make the norm what was an exception in a period in which, due to forces majeure, few greenhouse gases were emitted.

The lockdowns applied in almost all the industrialized countries of the world have caused an unprecedented reduction in emissions: about 2.6 billion tons of CO2, a decrease of 7% in one year. This doesn’t give us any reason to celebrate this pleasant side effect of our suffering, because the Paris agreements require a reduction in emissions from between 1 and 2 billion tons of CO2 every year. The lockdowns made it possible to exceed this one-off goal in 2020. But the requirement means the reduction of CO2 must become a constant. These objectives are considered essential to contain the increase in the earth's temperature within a threshold of 1.5-2 degrees C more than pre-industrial levels.

How much did this reduction of 2.6 billion tons of CO2 cost in one year? Without counting the human costs, which no-one has yet calculated (how many died from the direct or indirect consequences of the lockdown), from an economic point of view the new poor, that is people who have returned or ended up in extreme poverty, has risen from 88 to 115 million in a single year according to the estimates of the World Bank. The impact on the economy caused an average contraction of GDP of -4.2% worldwide, a reduction of -7.4% of GDP at European level (EU average), in Italy of -9.9 %, in the US by -3.5%. China, if the statistics it has provided are reliable, is the only one that has grown during the year, with a + 2.3%. It’s still a negative record, however, compared to the pace of this emerging Asian powers.

For this reason, researchers do not advise repeating the same lockdown experience once every two years to achieve the same climate goals, but to transform energy sources in order to achieve the same result, without economic tremors. Yet, the list of losses suffered in 2020 is still essential to understand the magnitude of the necessary change. Switching from fossil fuels to renewables, as both the European Commission and the new US democratic administration are proposing, will not be an easy, nor a quick task. Neither is it risk-free, considering that energies such as solar and wind are discontinuous, what they produce depends on the weather. In his radical proposal, the entrepreneur and philanthropist Bill Gates also includes nuclear energy, so it is relatively more realistic than the "all renewable" formula. Even Gates, envisions the need for a coordinated titanic effort like in "wartime" with almost complete state control over the economy, to achieve this.