Biden is obsessed with abortion. But pro-lifers are mobilizing

Biden is committed to cancelling any protection to the right to life. Just a few days after he moved into the White House, he signed a Memorandum on "reproductive rights" which amounts to an integral abortion program, and is to be applied also abroad. Pro-lifers are not sitting on the fence. Also former Vice President Mike Pence has founded a non-profit organization. It’s first concern is the cause for pro-life. 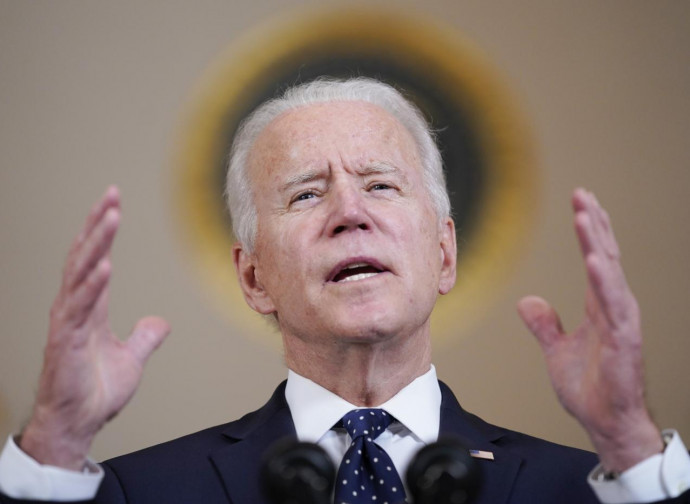 (Second part of two)
In undoing virtually everything his predecessor did to protect the unborn, in his first few weeks in office Biden seems to have created his own version of “cancel culture.” On inauguration day Biden sent a letter to United Nations Secretary-General António Guterres indicating that the US was rejoining the World Health Organization (which also means paying into the organization) even though Trump had cited numerous failings by the WHO, especially regarding handling the origins of the covid pandemic and WHO’s deferential attitude towards China.
A few days later Biden declared that the US would rejoin the highly discredited UN Human Rights Council, return to the problematic Paris Climate Accord as well as restore – and increase – funding to the United Nations Population Fund.

Among actions taken by Biden none are so comprehensive as those regarding what the UN always refers to as “reproductive rights.” The Biden policy here came in one fell swoop in his “Memorandum on Protecting Women’s Health at Home and Abroad” issued as early as January 28th. This Memorandum demonstrates very well the see-sawing actions of succeeding Republican-Democratic administrations with respect to the reproductive agenda and how he is planning to abrogate every single life-affirming measure. This lengthy quote explains it all:

“It is the policy of my Administration to support women’s and girls’ sexual and reproductive health and rights in the United States, as well as globally. The Foreign Assistance Act of 1961 (22 U.S.C. 2151b(f)(1)), prohibits nongovernmental organizations (NGOs) that receive Federal funds from using those funds “to pay for the performance of abortions as a method of family planning, or to motivate or coerce any person to practice abortions.”  The August 1984 announcement by President Reagan of what has become known as the “Mexico City Policy” directed the United States Agency for International Development (USAID) to expand this limitation and withhold USAID family planning funds from NGOs that use non-USAID funds to perform abortions, provide advice, counseling, or information regarding abortion, or lobby a foreign government to legalize abortion or make abortion services more easily available.
These restrictions were rescinded by President Clinton in 1993, reinstated by President George W. Bush in 2001, and rescinded by President Obama in 2009. President Trump substantially expanded these restrictions by applying the policy to global health assistance provided by all executive departments and agencies.  These excessive conditions on foreign and development assistance undermine the United States’ efforts to advance gender equality globally by restricting our ability to support women’s health and programs that prevent and respond to gender-based violence.
The expansion of the policy has also affected all other areas of global health assistance, limiting the United States’ ability to work with local partners around the world and inhibiting their efforts to confront serious health challenges such as HIV/AIDS, tuberculosis, and malaria, among others. Such restrictions on global health assistance are particularly harmful in light of the coronavirus disease 2019 (COVID-19) pandemic.

Accordingly, I hereby order as follows:

Sec. 2.  Revocations and Other Actions.  (a)  The Secretary of Health and Human Services shall review the Title X Rule and any other regulations governing the Title X program that impose undue restrictions on the use of Federal funds or women’s access to complete medical information and shall consider, as soon as practicable, whether to suspend, revise, or rescind, or publish for notice and comment proposed rules suspending, revising, or rescinding, those regulations, consistent with applicable law, including the Administrative Procedure Act.

(b)  The Presidential Memorandum of January 23, 2017 (The Mexico City Policy), is revoked.

(c)  The Secretary of State, the Secretary of Defense, the Secretary of Health and Human Services, the Administrator of USAID, and appropriate officials at all other agencies involved in foreign assistance shall take all steps necessary to implement this memorandum, as appropriate and consistent with applicable law.  This shall include the following actions with respect to conditions in assistance awards that were imposed pursuant to the January 2017 Presidential Memorandum and that are not required by the Foreign Assistance Act or any other law:

(i)    immediately waive such conditions in any current grants;

(ii)   notify current grantees, as soon as possible, that these conditions have been waived; and

(d)  The Secretary of State, the Secretary of Defense, the Secretary of Health and Human Services, and the Administrator of USAID, as appropriate and consistent with applicable law, shall suspend, revise, or rescind any regulations, orders, guidance documents, policies, and any other similar agency actions that were issued pursuant to the January 2017 Presidential Memorandum.

(f)  The Secretary of State, consistent with applicable law and subject to the availability of appropriations, shall:

(i)   take the steps necessary to resume funding to the United Nations Population Fund; and

(ii)  work with the Administrator of USAID and across United States Government foreign assistance programs to ensure that adequate funds are being directed to support women’s health needs globally, including sexual and reproductive health and reproductive rights.

(g)  The Secretary of State, in coordination with the Secretary of Health and Human Services, shall provide guidance to agencies consistent with this memorandum.”

Particularly troublesome for those outside the United States is the role of USAID, the foreign aid agency of the US, which will be headed by Samantha Power, the former US ambassador to the UN under the Obama Administration. Known as a journalist, humanitarian, college professor, and diplomat, Power was only given approval by the Senate Foreign Relations Committee on April 15th. As of this writing (April 22) she still awaits a full Senate vote for her nomination to be confirmed.

As Administrator (head) of USAID Power would be a primary promoter of the reproductive rights, health and services that the US can offer to developing countries.
As can be seen from the above-mentioned Presidential Memorandum, the reproductive agenda was first and foremost on Biden’s to-do list at home and abroad. This is indeed distressing as there is no aspect of the reproductive agenda left unturned.
Nonetheless, it is well to remember that there are no reproductive rights defined internationally whereas in the UN Universal Declaration of Human Rights it states quite clearly: “Everyone has the right to life, liberty and security of person.” (Article 3.)

Some thoughts for the future

Biden’s all-encompassing, anti-life measures have superseded all other matters the new Administration has tried to deal with so far – and not with much success – such as illegal migration, stopping covid, mitigating carbon emissions, expanding the Supreme Court, changing relations with China and Russia, and federal profligacy with proposed spending actions amounting to a staggering 25% of GDP.

How can a nation maintain moral integrity when its government denies humanity the first right – the right to be born? The unborn cannot send a distress signal to defend their lives.

Pro-lifers are not standing still. They are present in all American communities ready to offer counsel, compassion and assistance to vulnerable pregnant women uncertain as to keep or destroy their child within. For example, in New York City (and now present elsewhere) the Sisters of Life were founded 20 years ago to dedicate themselves to the promotion of pro-life causes. https://sistersoflife.org/

A very recent and encouraging development is that former Vice President Mike Pence just founded a non-profit organization “Advancing American Freedom” whose first concern (as per their web site) is the pro-life cause:   https://advancingamericanfreedom.com/issues/. It has many well-known political and other adherents who will make their voices heard.

These are some of the answers to the May Day distress signal.