Biden changes policy in the Gulf, a pro-Iran turnaround

Although it’s not yet clear whether we are facing a real turnaround, or only propaganda tactics, the Biden administration immediately makes it clear which side it is on in the Gulf: a stop to military aid to the Saudis and Emiratis in their war in Yemen, the rehabilitation of the Houthi (Shiites, pro-Iran), and new nuclear agreements with Tehran. 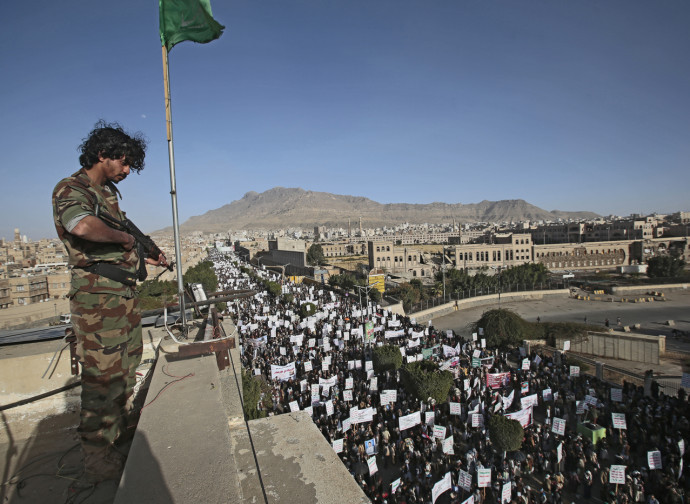 It is still not clear whether the Biden Administration's initiatives in the Gulf crisis involving Iran, Sunni monarchies and the Yemen conflict constitute a robust change of course with respect not only to the Trump Administration, but also to that of Barack Obama, or whether it is a flash in the pan made necessary by the dogma dominant in the Democratic majority of "deleting Trump" and all the initiatives of his presidency.

Joe Biden outlined the short-term goals of his foreign policy, announcing in no uncertain terms that the "war in Yemen must end," calling it a "humanitarian and strategic catastrophe." And to achieve that goal, the American president ordered the end of American support to the Saudi offensive, based mainly on logistical aid, intelligence sharing, training, and the supply of weapons and vehicles.

Quite recently, the U.S. Secretary of State Antony Blinken, in his first telephone conversation with the Saudi Foreign Minister Faisal bin Farhan, stressed that among the "key priorities of the new American administration" there are "the issue of human rights and the end of the conflict in Yemen”. Blinken made this even clearer removing the Houthis from the list of terrorist organizations, where they had been relegated by Trump.

The White House's order to suspend military support to the Saudis and Emiratis also contrasts with Obama's policy, which, ever since 2015, when the Yemeni conflict began in the wake of the Iranian-backed Shiite Houthi insurgency, had never skimped on multibillion-dollar military orders and intelligence support to the military campaign led by the Saudis, Emiratis and Egyptians. Trump boosted that support as part of a broader strategy aimed at cornering Iran by hitting its regional allies (from Iraqi Shiite militias to the Houthis) and denouncing the Tehran nuclear deal that Obama had signed.

Biden's decision raises some concerns, if only because the Yemeni conflict is now of lesser intensity especially for civilians (casualties among the population dropped by 73% between 2019 and 2020). Moreover, stopping the conflict, ensuring the Houthis remain armed, means leaving a constant threat aimed at the Arab monarchies in the heart of the Arabian Peninsula. If the U.S. advocates such a development in the Yemeni war, it is either not thinking clearly, or does not consider it essential to avert the destabilization of the region.

In his June 16, 2020 report on the situation in Yemen, UN Secretary-General Antonio Guterres removed the Saudi-led coalition from the blacklist of those who have killed and injured children in Yemen, while confirming the role of the Shiite Houthi movement and the Yemeni government in that regard. Moreover, The UN has repeatedly denounced the Houthi for arresting UN observers and recruiting child soldiers, and Yemeni insurgents are targeting Saudi cities with ballistic missiles.

The forces of the United Arab Emirates have almost completely withdrawn from Yemen, an aspect that renders rather specious the decision to stop the sale to Abu Dhabi of 50 F-35 jet fighters and 18 MQ9 Reaper armed drones for 23 billion dollars, authorized by Trump only a few hours before leaving the White House, and also accepted by Israel after the signing of the "Abraham Accords". The Emirates is the most secular state in the Islamic world: it has welcomed the Pope, does not apply religious discrimination, and on February 4 hosted the Day of Human Brotherhood for World Peace and Common Coexistence with the participation of the Pontiff, the Grand Imam of al-Azhar, Ahmad Al-Tayyeb and the Secretary General of the United Nations.

The Saudi Air Force has adopted rules of engagement aimed at reducing "collateral damage", an aspect that had led London to stop selling bombs for Riyadh's planes after a year. In any case, the United States should not be lecturing anyone on such an issue, considering the thousands of civilians hit in the long "drone campaign" underway in numerous countries between Asia and Africa, or even just the Iraqi civilians killed by US bombs and missiles during the liberation of Mosul from the Isis militias.

Biden's decision should be coupled with the stated commitment to strengthen diplomatic efforts with Iran to restore the 2015 Nuclear Deal, curbing Teheran’s ambitions in the region. Secretary of State Antony Blinken announced the appointment of a new special envoy for Iran, Rob Malley, while National Security Advisor Jake Sullivan said that restoring limits to Iran's nuclear program is a top priority. Tehran has already shown its appreciation for Biden's turnaround with the Iranian Foreign Ministry calling the stop to arms sales to the main Arab monarchies of the Gulf "a step forward".  A turnaround that risks, however, to cool relations between Washington and Arab powers (which, for the time being, are toning down their disagreements with the Biden administration), but also with Israel, which had centered its strategic axis with the USA on being at odds with Iran.

Biden seems to be aware of this,  and, in fact, the White House has assured that it will continue to sell Riyadh and Abu Dhabi "defensive weapons", a sibylline concept referring to the expensive anti-missile defense systems designed to protect the skies over the Gulf from missiles and drones. This is a specific sector, however, in which the USA does not have the monopoly on the most effective products, which most probably belongs to Russia, whose weight in the Gulf is constantly growing also in military terms as a result of the excellent relations it maintains with the Arabs and Iranians. Moscow already shares  with Riyadh and the Gulf States a common interest in maintaining oil prices at an acceptable level, and could benefit from a cooling of relations between the US and its traditional allies.