Becciu, Zen reveal the crisis of faith in pastors

The image of the Church that is emerging these past few days, after Cardinal Becciu's sacking, is anything but edifying. But more than the corruption, what is creating scandal is the inability of our pastors to judge all this in light of the faith. We don’t need popes and bishops who are good politicians and economists, we need holy pastors. 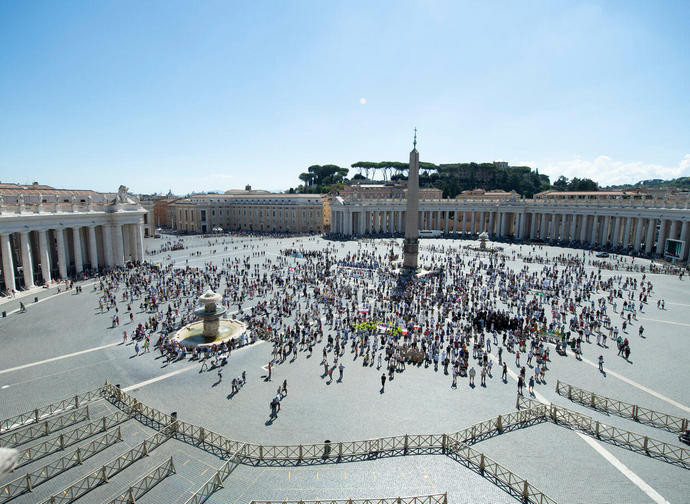 In these past few days across the media we have read countless articles about the Becciu case, the powerful Curia cardinal forced to resign by Pope Francis last Thursday as Prefect of the Congregation for the Cause of the Saints and to forego the rights of the cardinalate. We have read extensive reports dedicated to the misdeeds, real or presumed, of the cardinal who suddenly fell from grace; we have reflected on analyses and endless behind-the-scenes stories - often in contrast with each other - on the management of the Vatican finances; we have listened to the complaints of those who feel betrayed by the lack of reforms from Pope Francis and the jubilation of those who instead see in the humiliated “enemy” an encouraging sign that cleansing has begun.

All in all, what emerges is a less than edifying picture of what is going on in the Vatican Curia, but also of those Vaticanists who now act as the military wing of this or that league, leaking information and dossiers on command. A situation that obviously leaves many Catholics dismayed.

But actually what is most scandalous - in the literal sense of the term - is not so much the culture of corruption or robbery that reigns in the Vatican, but the inability to read all this in light of the faith.

Let me try to explain: there were problems of corruption in the Christian community even in Jesus' time. The Gospel of John (chapter 12) proves this when Judas Iscariot - the disciple “who would later betray Him” - complains about the “ointment scented with real spikenard” that Mary “wasted” on anointing Jesus' feet. “It could have been sold for three hundred denarii to give to the poor”, says Judas, forerunner of liberation theology. Jesus responds to him in tone, putting in order the hierarchy between Himself and the poor. But for our discourse John’s comment is interesting: without mincing his words, he affirms that Judas didn't really care about the poor, but he said he did “because he was a thief and, as he kept the purse, he took what was put in it”.

It is impossible to believe that Jesus did not know who Judas was and how he acted (or wished to act) with the common purse, but he didn’t waste time changing the secretary for the economy or setting up a commission to study a reform that would avoid robbery. Again in this case, Jesus proposes a judgment that arises from the recognition that He is the ultimate meaning of the existence of each one of us: “Let her alone..., for you will always have the poor with you, but you will not always have me”. If one lives constantly in the presence of Christ, the moral aspect is also put in order.

Therefore what hurts most is to see our pastors, the hierarchy of the Church, those who are supposed to set an example, get locked into endless discussions and controversies about the spikenard ointment without ever fixing their eyes on Christ. It is a confirmation of what Benedict XVI has said so many times about the moral crisis, which at its root is first of all a crisis of faith. This is the point that Cardinal Robert Sarah also repeatedly discusses in his latest books, addressing priests directly.

The problem from which everything arises is precisely the lack of faith, which leads to the attempt to solve problems according to purely human logic. Let it be clear: reforms are necessary, a Pope must also know how to govern the Curia, and institutions must know how to adapt to the needs of reality. But there is a big difference between knowing how to use instruments and being clear that the end is the building of the Kingdom of God, and transforming instruments into ends.

It is interesting that Cardinal George Pell said recently that Pope Francis “was elected to clean up the Vatican finances”. Let’s hope that he didn’t mean this was the exclusive reason, but it seems clear today that many cardinals - if not all - have voted and used Pope Francis for very earthly motives: some to clean up the finances, some to reform the Roman Curia, some to promote a progressive agenda.

The result, after the early years when they all seemed satisfied, is the current free-for-all, moreover within the Court that Pope Francis himself chose. Inevitable when Christ remains at most a moral appeal that hovers in the background.

Thus in the Church political logic prevails, the Church itself is reduced to a party with different currents fighting with no holds barred. We just had another clear example of this, with the Pope, who is too busy resolving economic affairs in his own way (by giving Cardinal Becciu the boot), unable to find the time to listen to the Chinese Cardinal Joseph Zen on decisive issues for the Catholic faith (not only the for the Chinese).

But can one choose a Pope to clean up the finances, or for any other objective than to increase the faith of the Christian people? What we need are holy pastors, who think first of all of their own faith and of the flock entrusted to them, who care first of all for the salvation of souls. The rest follows as a consequence. We need pastors who have their eyes fixed on Christ and who help us all to lift our gaze.