Talks, suspended since 2020, have begun with North Macedonia and Albania for their accession to the European Union. But Brussels, which thinks like the former USSR, looks at the Balkans in an anti-Russian light and this destabilises the region even more. There are fears of consequences for Bosnia and Herzegovina. And meanwhile, tensions between Croatia and Serbia are being rekindled. 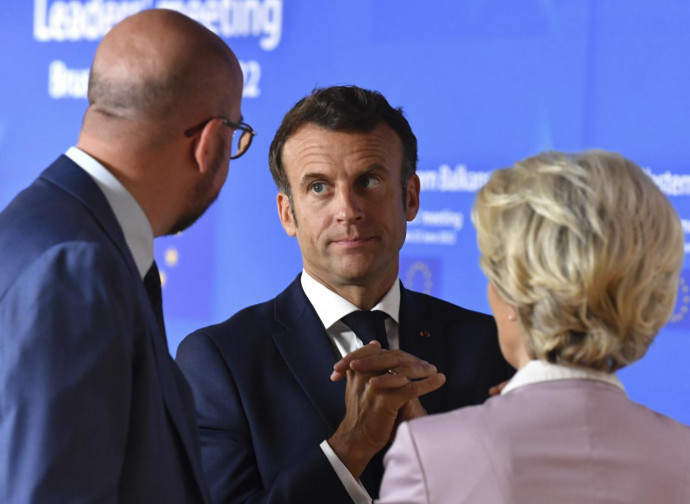 Accession negotiations for North Macedonia and Albania began the day before yesterday in Brussels: a historic moment for the two Western Balkan countries and for the European Union, after the failure of last month's conference, described in The Compass. A change of pace, impressed by Brussels, out of fear of Russian influence, but also to impose a political community (EPC) with a Soviet flavour.

The process for North Macedonia's candidature had begun in 2005. The first obstacle had come from Greece, which had asked to change the country's name, a problem solved by the 2018 Prespa agreements, in which Skopje agreed to add 'North' to its name. Subsequently, Bulgaria demanded recognition of the cultural and historical ties of the Bulgarian minority in the country; in order to do so, Skopje's Parliament will have to amend its Constitution as requested, after a fleeting trip by the President of the European Commission, Ursula von der Leyen. Despite the signing of a bilateral protocol between Macedonia and Bulgaria, whose government is withdrawing, the amendment of the Macedonian Constitution could be lengthy, given the strong opposition and heated tensions between the current minority government of the Socialists (and Albanian minority) and the conservatives, who are absolutely opposed to constitutional changes that recognise the historical reasons of the Bulgarian minorities. However, the government in Sofia has reiterated that Europe can never accept Macedonian as an official language of the EU, as it is a dialect.

Albania's candidature, submitted in 2009, has always been linked to the Macedonian one and will now be able to progress in parallel, although it will have to face a mountain of reforms on the 'rule of law'. Czech Prime Minister Petr Fiala, whose country currently holds the rotating presidency of the Council of the European Union, said that all EU countries had agreed to open accession talks with Albania and North Macedonia, talks that had been suspended since 2020. The next parliamentary elections in North Macedonia will be in 2024 and the conservatives are on the rise. Election projections for the autumn elections in Bulgaria see the conservatives in the lead. What will happen if both socialist and liberal governments are defeated by the popular vote?

The process to become an EU member state is a long one, but since Russia invaded Ukraine, the strategic importance of the Western Balkans for the EU and the US has increased, and all in an anti-Russian perspective. This, together with the non-recognition of Kosovo, is the reason for the political blockade suffered by Serbia on the path to accession. The European Parliament's vote on the relations of Serbia and Kosovo, although not binding, emphasises the importance of anti-Russian alignment (unacceptable to Belgrade) and binds the two accession processes to mutual recognition of sovereignty, an unacceptable condition for Serbia.

Tensions have also been rekindled between Croatia and Serbia. Serbian President Aleksandar Vučić would have liked, last Sunday, to privately visit the Jasenovac memorial, a World War II concentration camp in Croatia where thousands of Serbs died. However, on the pretext of diplomatic and security reasons, Croatia prevented the visit. In the following days, the real political reasons against Serbia emerged. Croatian Prime Minister Andrej Plenković said that the Serbian president's visit would be allowed "at the right time" and the Zagreb Foreign Minister reiterated that he would continue to insist that Serbia implement the 2005 bilateral agreement on the protection of the Croatian minority living in the Vojvodina region. The European terrorism carried out against Serbia is bound to have repercussions throughout the Balkans and in particular in Bosnia and Herzegovina. It is with too much superficiality that the Belgrade government's distinctions are considered, after the words of Serbian Interior Minister Aleksandar Vulin who, in recent days, invoked the need for a common homeland for all Serbian peoples, in fact a unification between present-day Serbia and the Serbian Republic of Bosnia and Herzegovina (which accounts for 49% of the entire territory of Bosnia and Herzegovina and about 33% of the population).

Meanwhile, on 16 July, President Vučić met with the ethnic Serb member of the Presidency of Bosnia and Herzegovina, Milorad Dodik, and Porfirije, the Patriarch of the Serbian Orthodox Church, to inform them "about the progress of the talks being held under the auspices of the European Union on Kosovo". On the same day, there was news of a generic letter of reply from the President of the European Council, Charles Michel, to Slovenian President Borut Pahor asking him to speed up Bosnia's accession to the EU. A few months before the vote, the situation in the country is incandescent. The Polish Foreign Minister Zbigniew Rau (President-in-Office of the OSCE), in these days on a visit to the Balkans, had to reiterate that Bosnia's fate is in the hands of its leadership. The day before yesterday, the Chairman of the NATO Military Committee, US Admiral Rob Bauer, reiterated from Sarajevo that the security of Bosnia and Herzegovina is crucial for the stability of the Western Balkans and the rest of Europe.

Macron and Michel's muddled proposal to promote a European Political Community (EPC), far from clear and not an alternative to partnership and EU membership, seen only in an anti-Russian and Eurocentric key, evokes the sinister spectres of the satellite countries of the former USSR. The acronym EPC spells a communist future for Europe... Brussels is once again getting it all wrong.