Attack against John Paul II: that’s the purpose of the McCarrick Report

From the National Catholic Reporter to the New York Times: the campaign has been launched to discredit St. John Paul II and cast doubts on his holiness. In fact, the error made in McCarrick’s appointment as archbishop of Washington, D. C., in the absence of proof substantiating the rumors, was induced by the opinion of two trusted advisors. This is what the Report states. Oddly enough, this circumstance is ignored in the synopsis of the McCarrick Report. Thereby the Vatican Report makes the cultural operation against St. John Paul II all the easier. 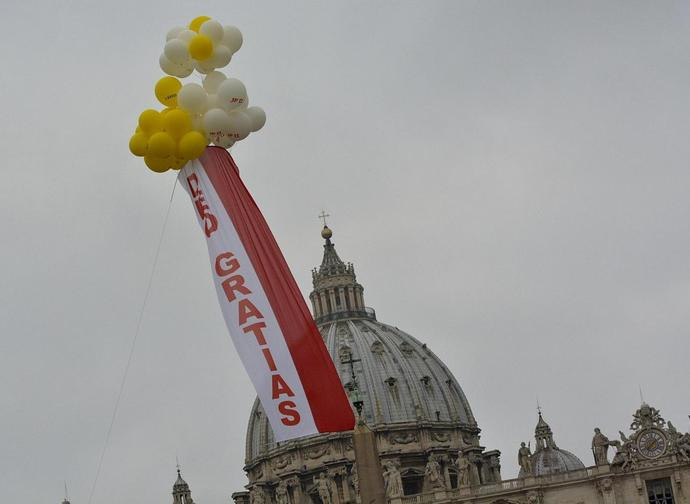 The National Catholic Reporter (13 November): “American bishops, please suppress the cult of St. John Paul II”. This was echoed the next day by  The New York Times in an article-inquiry with a predictable conclusion: John Paul II had been canonized all to swiftly, and it was better to return to the old days when 50 years had to elapse before even beginning the process of canonization. This was the same conclusion reached by the Reuters’ Vaticanist Philip Pullella. And then one blog after another jumped on the band wagon, with input from sundry columnists and discussions on the social media. What has begun, therefore is an attack directly against St. John Paul II. After having dismantled the Magisterium piece by piece,  the move is now to damnatio memoriae.

The immediate reason for this is that the McCarrick Report would have ascribed direct responsibility to John Paul II in the “promotion” of the former cardinal and sexual predator Theodore McCarrick to the office of archbishop of Washington, D.C. in 2000, and his elevation to cardinal the following year. Therefore, says the editorial in the National Catholic Reporter, “It is time for difficult reckoning. This man, proclaimed a Catholic saint by Pope Francis in 2014, willfully put at risk children and young adults in the Archdiocese of Washington, D.C., and across the world.”

In fact, however, things are quite different. In the McCarrick case, John Paul II certainly did make a mistake. The Report, however, makes it clear that he had been deceived by McCarrick himself (who had sent a letter to Pope Wojtyla’s secretary proclaiming his innocence). John Paul II was also mislead by his trusted advisors, and also his own past experience in Poland, when the former regime mounted false accusations of sexual abuse against the bishops it wanted out of the way.
“Moreover, when reading the Report in an honest and intelligent way, it is evident that the figure of John Paul II emerging from it is spotless”, said the postulator of his cause of canonization, Slawomir Oder. Pope Wojtyla studied the case in detail, but there was no proof of the abuses, says Oder, who also recalls how “the Vatican Report demonstrates in black and white that no credible accusations were presented until 2017”.

Nonetheless, from the moment the Report’s was made public on 10 November, the mass media has been focusing the attention of one and all on the responsibilities of St. John Paul II in McCarrick’s appointment as the archbishop of Washington, D. C. This to such a degree that  on the same day George Weigel, the biographer of John Paul II wrote: “How a 449-page report that goes into painstaking (and painful) detail about McCarrick’s sexual predations, his endless prevarications, his self-promoting, and his serial betrayals of the trust that others reposed in him turns into a story about one of the men deceived by McCarrick is not easy to understand”.

Perhaps the reason lies in the fact that this was the real intention of the Report, or, at any rate, its hoped-for outcome. There is no doubt that one among the Report’s objectives was to deflect any responsibility whatsoever from Pope Francis after Archbishop Carlo Maria Viganò’ lengthy letter in 2018 which took him to task in no uncertain terms for the coverage provided to McCarrick during the years in question. In addition, in 2013 the former cardinal had publically boasted about having worked for the election of Bergoglio to the See of Peter.

It’s nonetheless rather curious for people to expect John Paul II had all the information at his disposal (obviously not possible), and at the same time have no qualms about glossing over the fact that bishops close to McCarrick or launched by him onto the ecclesiastical career pathway say they neither knew nor suspected anything. And it’s a matter of bishops who became cardinals, like Wuerl and Farrell. In the case of the latter, his power has recently increased considerably, even though he lived for six years in the same apartment complex as McCarrick.

Moreover, as the journalist Peter Anderson points out, there is a rather worrisome oddity in the synopsis of the Report distributed by the Secretariat of State which, in any case, is most likely the only thing most of the journalists will have read. Regarding the steps leading up to McCarrick’s appointment as archbishop of Washington, D. C., completely ignored are two key episodes that help to understand the reason for the decision made by John Paul II, who, just the year before, had followed the advice of Cardinal O’Conner and not nominated McCarrick as the former’s successor in New York.

The first episode has to do with the position in favor of McCarrick assumed by the then archbishop Agostino Cacciavillan, whom Pope Wojtyla has wanted to involve both because of his respect and trust in him, and the fact that he had been the papal nuncio in the United States for eight years, and was therefore well cognizant of the situation. According to the Report, Cacciavillan, who was Wojtyla’s key advisor throughout the McCarrick case, denied the accusations and recommended McCarrick’s appointment (he too was created cardinal in 2001).

The second episode concerns the then archbishop Giovanni Battista Re, who became the prefect of the Congregation for Bishops before the final decision on McCarrick, and had met with the pope precisely in order to discuss the issue. Decisive for John Paul II was the fact that Re as well believed in McCarrick’s proclamation of innocence.
Well, Anderson asks himself, why were neither one of these two circumstances mentioned in the introductory synopsis?

It appears very reasonable that even though informed about the rumors regarding McCarrick, but without concrete evidence, the pope decided on the basis of the opinions of persons he trusted and considered competent. Nonetheless, neither the name of Cacciavillan nor that of Re are mentioned with respect to the decision for Washington, D. C. Therefore, the road is indeed well paved for slinging mud at the memory of St. John Paul II. In the meantime, the system of corruption and “loyalty networks”, as the journalist Rod Dreher calls them, is safe and can keep on nominating bishops and cardinals with marked homosexual tendencies, or in any case resolute about changing the doctrine of the Church regarding homosexuality.