Assaulting the Catechism with nuclear weapons

The manifest intention of the Pope to update the Catechism by declaring immoral not only the use but also the possession of nuclear weapons creates various perplexities, not only on the merits of the argument, but also for the fact that this is already the fourth time in just under two years that the Catechism is being changed or pressure is being applied to do so. 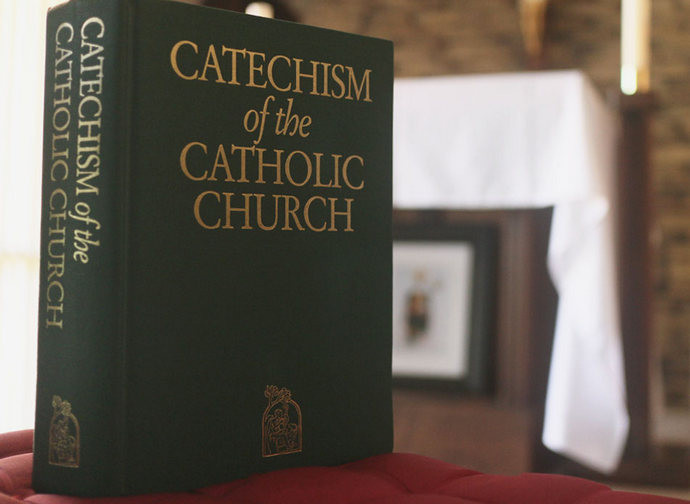 On the way back from his most recent journey to Japan, Pope Francis, as is his custom, responded to the questions of journalists present on the plane. The first question concerned his visit to the two cities symbolic of the Second World War, Hiroshima and Nagasaki. The Pope took advantage of the question to touch on a theme that is decisively very important for our times, the use of nuclear weapons. Pointing out that the historical lesson coming from these two places is “a true human catechesis on cruelty,” Francis then wished to specify that “the use of nuclear weapons is immoral, for this reason this ought to go into the Catechism of the Catholic Church, and not only their use, but also their possession, because an accident or the madness of some leader, the madness of one person could destroy humanity.”

As for the condemnation of the use of such weapons, the Catechism, as we shall see, already speaks of it. The novelty lies in the moral condemnation of their mere possession; a relative novelty, because the Pope already spoke of this on November 10, 2017, on the occasion of the convention entitled “Perspectives for a world free from nuclear arms and for a complete disarmament,” affirming that “the threat of their use is to be firmly condemned, as well as their very possession, because their existence is a function of a logic of fear that affects not only the parties in conflict but also the entire human race.”

Clearly the question is extremely delicate, especially because of the fact, emphasized by Francis, that the possession of nuclear arms could really be transformed into an irreversible tragedy. Nevertheless, the desire to insert into the Catechism of the Catholic Church that the possession of such weapons is ipso facto immoral raises not a few perplexities.

The Catechism, in paragraph 2314, recalling the teaching of Gaudium et Spes, condemns “every act of war directed to the indiscriminate destruction of whole cities or vast areas with their inhabitants.” The text further specifies that “a danger of modern warfare is that it provides the opportunity to those who possess modern scientific weapons, especially atomic, biological, or chemical weapons, to commit such crimes.” Those who possess weapons of mass destruction therefore have the opportunity to carry out devastating crimes, but this does not mean that they actually do it.

The Catechism continues in paragraph 2315 by considering that the accumulation of arms is not a definitive deterrent, since “over-armament multiplies reasons for conflict and increases the danger of escalation.” The point in question is that peace is not assured by the arms race; indeed, in the long term, the arms race risks undermining the establishment of a peaceful order even more deeply. For this reason, the goal proposed by the Social Doctrine of the Church is that of a disarmament that John Paul II, in his Message for the Fortieth Anniversary of the United Nations (October 14, 1985), qualified with three fundamental adjectives: “general, balanced, and controlled.” This means that the disarmament, in order not to become an occasion for malfeasance, ought to be a shared process that interests everyone, that does not create imbalances of power.

This disarmament must lead to what is called “the principle of sufficiency, by virtue of which each State may possess only the means necessary for its legitimate defense” (Compendium of the Social Doctrine of the Church, §508). To exceed this principle of sufficiency, according to the same Compendium, assumes a morally negative connotation; however, the evaluation of this excess depends on the context and must therefore be made “in light of international norms regarding the non-proliferation, production, trade, and use of different types of arms.”

For this reason, the position of the Magisterium, which clearly condemns the use of weapons of mass destruction and at the same time rejects the equation “deterrence = peace,” is, however, extremely prudent in expressing itself on the possession of such arms. The line it takes is that of disarmament, but the modality and measure of such disarmament must be wisely spelled out in the specific historical context. For this reason the Compendium, in §509, “limits” itself to recalling that those who possess such weapons “have an enormous responsibility before God and all of humanity.” To have a grave responsibility is not the same thing as being at fault.

It is for this reason that the proposal of Pope Francis to extend the condemnation of the use of weapons of mass destruction also to their possession appears to be in discontinuity and is very problematic due to its concrete repercussions. It is interesting to note what happened on this argument during the Second Vatican Council, at the height of the Cold War. Faced with the proposal of declaring the possession of weapons of mass destruction to be immoral, certain bishops pointed out the problem that such a prohibition would create imbalances that could become devastating. The condemnation of an ecumenical council of the Catholic Church would have in reality exercised its influence only on those States with a strongly Christian component, and certainly not, at that time, on the atheist USSR.

Indeed, an eventual change to the Catechism could lead – perhaps – some Western nation to disarmament: but what about nations like Iran, India, Pakistan? It is true enough that the argument for deterrence is fragile and dangerous, as well as insufficient, but there remains the problem of considering the actual situation in which we find ourselves today, with today’s international dynamics. The pursuit of deterrence as an instrument of peace, as Benedict XVI said on January 10, 2006, is “fatal and utterly fallacious;” and yet the elimination of such arms from only one part of the world runs the risk of actually becoming a detonator. To consider the race towards the hoarding of such weapons immoral is one thing, but to consider immoral their mere provisional possession in view of a “general, balanced, and controlled” disarmament is another.

Another consideration is merited. If our memory serves us, this is already the fourth time that a change to the Catechism is being done or pressed for. The first, in January of last year, concerned the assault to modify the teaching of the Catechism on homosexual acts and relations (§§ 2357-2359). The second, which has already come to a “good” end, was the modification of paragraph 2267 on the death penalty by means of the Rescript of August 2, 2018; a modification that is very problematic. The third request was advanced during the latest Synod on the Amazon, namely, the inclusion of ecological sins, with all the related problems. The last, for now, is that which we have considered in this article.

Perhaps we need to recall that the Catechism is not the receptacle of the desires of the moment, nor is it the instrument for making known the most “advanced” theological and cultural discussions. Even less should the Catechism be used as a laboratory in which to devise subtle changes that lead, slowly but inexorably, to the modification of the faith. The Catechism, as John Paul II wrote in his Apostolic Letter Laetamur Magnopere with which he promulgated the editio typica, stands as “the exposition of the one and perennial apostolic faith,” and therefore also “as a sure norm for teaching the faith.” (gp)