Europe, invaded by the overwhelming power of the Big Tech lobbies, knowingly winks at all lobbies opposed to the Christian vision. Alarm bells have been sounded by intellectuals, legal experts, and heads of NGOs who have drawn up a number of defensive measures to overcome Big Tech censorship. 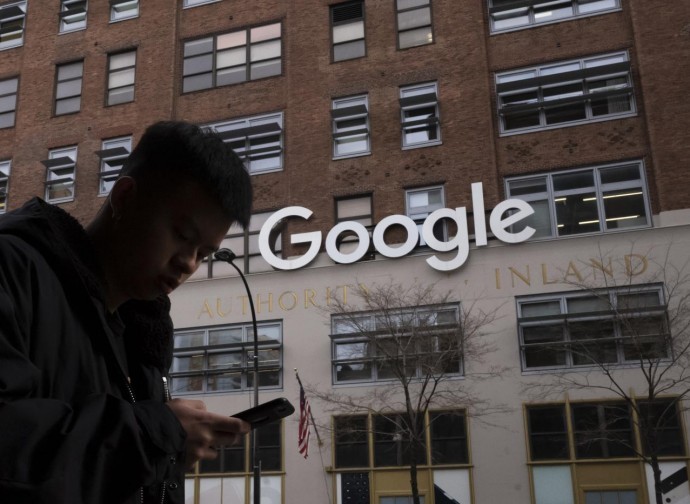 It is well known, as many recent cases confirm: the power that giant internet-based companies such as Facebook, Amazon, YouTube and Twitter exert over public life is a particular threat to religious groups defending the life of the unborn, marriage and the natural family, biological sexuality and every other non-negotiable principle. Europe, invaded by the overwhelming power of the Big Tech lobbies, knowingly winks at all lobbies opposed to the Christian vision.

Last week at an event organised by the Napa Legal Institute in California, several legal experts, intellectuals, journalists, and NGO leaders voiced their grave concern while outlining some proactive measures to overcome Big Tech censorship. Above all, they consider it is always necessary to anticipate the worst: to plan ahead and assume that if a religious organisation or a faith-based organisation that operates publicly and focuses on an issue related to life, marriage, sexuality, Christian anthropology, they run the constant risk of being censored by social media, hidden by Google search engines, or blocked from receiving donations by PayPal.

Last week's debate highlighted how Big Tech's censorship does not so much affect those who run soup kitchens or homeless shelters, but those who are "weighing in on the most important cultural issues” and “speaking the truth about certain issues that doesn’t align with what folks in Silicon Valley think should be appropriate for the digital public square”, said Joshua D. Holdenreid, vice president and executive director of the Napa Legal Institute. Renowned author Ryan T. Anderson, present at the meeting, spoke about one of his books cancelled by Amazon in February 2021. He denounced Amazon as having acquired near-monopoly power.

Amazon controls about 80-90% of all e-book sales and has built its market domination as a one-stop-shop for everything, especially during the ongoing pandemic period. The truth, according to Anderson, is “we won’t even know what books never get published, which authors censor themselves, which publishers spike proposals, all out of fear that Amazon won’t sell it.” Carl R. Trueman, a Pennsylvania evangelical professor and author of several books who participated in the roundtable discussion, recounted how he was censored by YouTube for the pro-family content of his lectures in May and early August.

Holdenreid has published a handbook for NGOs that can help them avoid losing their contacts, donors, documentation, et al. in the event they are de-platformed by Big Tech. In brief, he said Christian NGOs should identify the main services that depend on Big Tech, develop a short-term plan to respond (if services are interrupted) and develop a long-term plan for reducing dependence on web giants that have already proven themselves to be censors of Christian content, authors or themes.

The dangers of domination and censorship imposed by these oligarchies are even more serious in Europe where on 31 August several online media outlets reported the alarming news of how Big Tech now represents the largest lobbyist group in European institutions. Google, Facebook and Microsoft (Alphabet Inc, Facebook Inc and Microsoft Corp) and the other social media companies now surpass the pharmaceutical industry in lobbying expenditures (despite Covid 19 vaccines) and even fossil fuel sectors (despite the Green Deal debate). The report denouncing this supremacy of Big Tech lobbies in Brussels was prepared by two independent organisations, Corporate Europe Observatory and LobbyControl.

Their study found that 612 companies, groups and associations spend more than €97 million a year lobbying on EU digital economy policies. Google tops spending with €5.75 million, followed by Facebook (€5.5M), Microsoft (€5.25M), Apple (€3.5M), Huawei Technologies Co. Ltd (€3M) and Amazon.com Inc. as the sixth highest spender (€2.75M). While Google, Microsoft and Huawei have declared the absolute transparency of their activities, Facebook, Apple and Amazon declined making any comments to the preparers of the report.

The European Commission, which lately bears no great image of protector and steward over the continent's future, has taken refuge in a disturbing communication issued by its spokesman: '“The Commission is open to meeting anyone who wishes to speak to us. The Commission does not, and will not control who requests meetings, nor how often. It is also not for the Commission to explain or comment on lobbying strategies of the different companies and interest representatives.” Although there is no shortage of cases of censorship of Christian authors, content, meetings, and arguments in Europe, for the European Commission Big Tech’s excessive power is not a problem. The Commission has never had a problem with the lobbying carried out by organisations closely linked to George Soros, another open opponent of Christian values. By way of example: the Soros-funded OSEPI  (Open Society European Policy Institute) has met with various Commissioners and their heads of cabinet 18 times since January 2020 and has spent in 2020 alone about €4.5M on its lobbying activities and employs 14 people. ILGA Europe (LGBTI), in the same period, has met 12 times with Commissioners and officials, employs 5 people and has spent more than €1M. EPF (pro-abortion) has had only two meetings, employs 2 to 7 people and out of a budget of €4M it reported it had spent roughly €250,000 on lobbying. An entire galaxy of organisations tied to Soros certainly carries out lobbying activity equal to that of the most powerful Big Tech companies. We are not drawing any conclusions, but the facts at least point to a growing complicity of the European Commission with any power that wants to abolish the Christian vision from the public sphere.