Archbishop Kocsis: “Faith is our real weapon against Covid”

Fülöp Kocsis, metropolitan archbishop of Hungary’s Greek Catholic Church, tells the New Daily Compass about how Hungarians have overcome the coronavirus pandemic thanks, in part, to good government intervention. Above all, he speaks about how Catholics have an edge: “Can the pandemic be considered as a gift?”, he asks. “Yes, with the eyes of faith it is. Moreover because it teaches us a lot.” 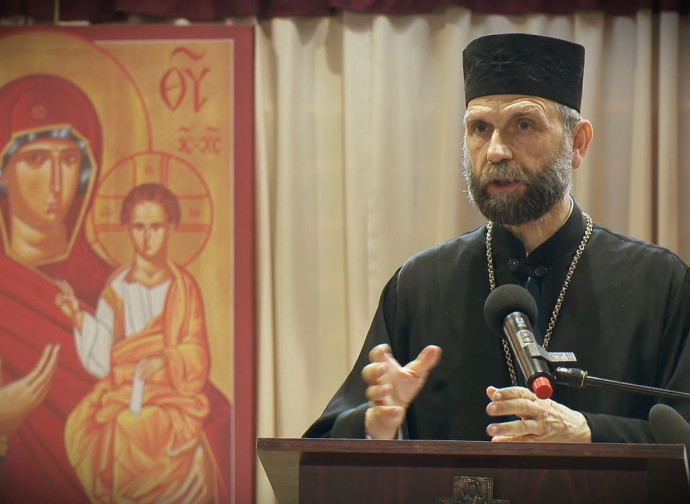 Hungary has demonstrated it is capable of containing the spread of coronavirus thanks to what Il Sole 24 Ore called "timely and often less rigid interventions than those adopted in the West." Yet, over the last few months, especially in Italy, there has been widespread discussion about this eastern European country. The chatter has been mainly to criticize – but also to defend - decisions made by Budapest to entrust the nation’s Prime Minister with extraordinary powers, such as the authorization to suspend elections and uphold certain laws in force until the end of the emergency period.

The New Daily Compass asked Fülöp Kocsis, metropolitan archbishop of the national Greek Catholic Church, to tell our readers how about how the Magyar people - and in particular the Byzantine Catholic community – have experienced the pandemic’s most dramatic moments.

Archbishop Kocsis, you said that if  "for those who do not rely on God, this pandemic is only a physical phenomenon; yet, for believers, such a situation can challenge their conscience to realize that they must change their lives."  What, then, is the most correct way of interpreting what has happened, as seen through the eyes of faith?
Faith relieves us from the intensity of chaotic daily life. In other words, it does not let us drown among difficulties. It does not let the waves overwhelm us, but relieves us from problems and helps us to see matters more clearly, because through faith I can cling to the One God who observes everything from above. In this situation, it is God himself who uplifts me, who draws me to Himself and makes me sit at His side. It is God who gives me His divine and infinite peace. Panic is the attitude of unbelievers who with lost hope sink into everything that surrounds them. Can the pandemic be considered a gift? Yes, with the eyes of faith it is. Moreover because it teaches us a lot.

In the Archdiocese of Hajdúdorog, you decided to leave the doors of churches open. How did you feel comparing images from Italy where police raided altars to halt Masses and even fined faithful who went to church to pray? Did you experience similar scenes in Hungary, too?
Thank God, nothing like this ever happened in Hungary. With regard to churches, our Protestant brothers initially closed them. Then the Catholic bishops, one after the other, agreed to close theirs. In this process, we Greek Catholics were the last to make the decision to close our churches. Hungary’s Bishops’ Conference had decided to leave it up to individual diocesan bishops (eparchial hierarchs). It gave them the responsibility to act according to how they saw fit. I was unable to convince myself to close my churches. Over time, however, I was forced to close Budapest's Greek Catholic churches. At the beginning, only our churches remained open and Latin-rite Catholics began frequenting our Greek-Catholic churches. We are relatively a small number of churches in the capital, and we account for a very small presence, totaling only 1-2% of the local population. If everyone who wished to attend Mass had begun to attend our celebrations, there would have been a risk of crowds packing our small churches. We were, thus, forced to do stream broadcasts. In other parts of Hungary, churches had remained open, yet we advised the faithful to stay at home. Some obliged, some did not. I appreciate both responses. Nobody was expelled from churches. For us Eastern Christians, houses of worship are very important. We can't live without them. Ourc hurches are not only places for gathering faithful, but they are seen as earthly archetypes of Gods’s Kingdom. I cannot close the Kingdom of God. I must  say, in addition, that state provisions made it possible for us to go to church.

What were the consequences of anti-coronavirus measures on the liturgical celebrations of Greek Catholics? Were you more penalized than Roman Catholics?
It was not easy to find the right solution. This was because there was no 'right solution', only “the worst” and “least worst” options. We were forced to stop the traditional 'kissing' of our icons. For us this gesture is very important, since we are very keen to express physically our love for God and the saints. The other significant difficulty, which is an integral part of our Eastern rite, is giving Communion under both species. According to our tradition, the Holy Eucharist - the Body and Blood of Christ - is distributed from the chalice with a golden liturgical spoon a priest uses. Considering that using the same spoon to distribute Communion to all could be a source of infection, we purchased a large number of spoons for each of our parishes, and we sterilized each of them after every Liturgy. Thank God there was no problem caused by this practice.

What guidance did the Greek Catholic Church give to the Hungarian faithful? In Italy, for example, a document was widely discussed in which Italian government health technicians forced priests to use gloves for distributing the Eucharist.
As I already said, state decrees explicitly emphasized that there was no intention to intervene in matters of Church practice. This aspect is also sanctioned by the Hungarian Constitution approved in 2011. Obviously, back then, nobody would have thought that such a principle would involve pandemics.

In Italy there has been a lot of talk about temporary emergency powers,  lifted after two and a half months – given to Viktor Orbán in order to manage the pandemic emergency. Some have asked for Hungary’s expulsion from the EU. How did the Hungarians take this criticism by European politicians and newspapers, particularly regarding the special legislation voted on last 30 March in your House of Parliament?
I heard this, too. Both the Hungarian Parliament and Viktor Orbán had been accused of exploiting the pandemic to seize full power. This accusation is completely unfounded. Initially, our Prime Minister announced the establishment of ten commissions, if I remember correctly. These commissions formulated necessary policy prescriptions and monitored their implementation. Among the policies, there was also the need to guarantee people’s spiritual needs as much as possible and, at the same time, urge full awareness of the pandemic’s serious nature. The outbreak in Hungary had relatively few victims and other negative consequences. I suppose this was possible also thanks to scrupulous  prescriptions and the way in which they were managed.

In your opinion, does the Hungarian government - and the Parliament that voted  – do well in not wanting to ratify the Istanbul Convention? If so, why?
I confess that I too have campaigned against signing this Convention, which I consider shameful. For those who are well familiar with it, it is clear that the Istanbul Convention is nothing more than disguised  propaganda aimed at promoting gender theories. The part of the document describing the protection and rights of women is already included in the Fundamental Law of Hungary.

In Hungary there has been a great deal of discussion surrounding the elderly and a family "shield" created around them. This is a different approach from that which has occurred in other parts of Europe, where most deaths have occurred in nursing homes. How do you explain that?
In a certain sense, I attribute it to discipline, appropriate provisions, and respect for the elderly. But besides all this there is another interesting aspect: senior citizens who live with the family, surrounded by children, have a stronger immune system. This is also because the smallest and largest infections are brought home by children and pass through the family, which generally, once overcome, make grandparents' bodies stronger and healthier. Moreover, their mental and spiritual states improve. They are much more cheerful, more confident than elderly surrounded only by their own peers. Our current government is Christian and working to rebuild the right concept of the family.