Angels & Demons: The sick system of child custody that the Left has not seen

Italy: The Angels and Demons investigation on family custody in Emilia (northern Italy). The evidence against social workers is extremely serious, which has led to an obsessive search for abuse and mistreatment with shocking discoveries, such as the existence of a network of officials, priests, and police who collaborate in abuse. These episodes reveal that the government custody service holds enormous power, and that there is an obsessive ideological framework at work – as for example in entrusting children to the care of lesbian couples. The left in Emilia and the Democratic Party (PD) that governs the Emilia-Romagna region seems to not to have noticed, even though for years it has praised the family custody system. 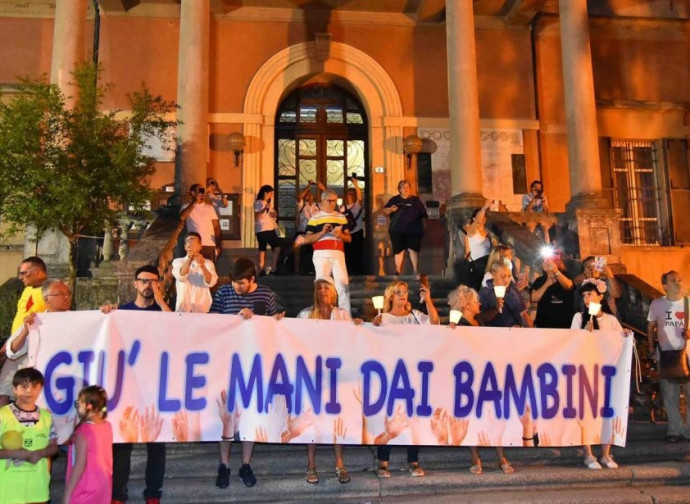 On December 20, Judge Luca Ramponi issued an order concerning the preliminary investigations in the province of Reggio Emilia that released two of the key persons being examined by the “Angels and Demons” investigation. His action reveals the disturbing modus operandi of what has been renamed the Bibbiano System.

The northern Italian region of Emilia Romagna was governed for seventy years by the Communist party, and then by its succcessor the Democratic party [PD]. Last June, a judicial investigation exploded here, leading to the arrest of the mayor of the village of Bibbiano in the province of Reggio Emilia, as well as several social workers of the Municipal Union of Val’d’Enza, and also some psychologists who have now been released but are prohibited from working with children until the investigation is completed.

The system of family custody run by the office of the Municipal Union has ended, thanks to the scrutiny of the Italian judiciary. The governing Left has always promoted this system as a model of efficiency and being truly capable of intervening for the good of children who are victims of violence. But instead, there are now very serious accusations: the assistant prosecutor Valentina Salvi alleges that there are numerous cases of children being taken from their families and placed in foster homes without any required justifying reason, such as verified sexual abuse or mistreatment at home. In some cases such children have even been placed in the care of lesbian women and their companions. Indeed, in certain cases, as the investigation has revealed, there was an effort to force children out of their family homes by inventing stories of abuse that never happened at all, using methods of psychological coercion that are ambiguous and gravely wrong, such as modifying children’s drawings to paint a picture of the father as a predator at all costs.

Two of the main people arrested have been released, but with a one-year prohibition against practicing their profession: Federica Anghinolfi, former director of social services for Val’d’Enza, and assistant social worked Francesco Monopoli. This was deemed to be a sufficient measure by the judge, because their crimes were connected to their professional activity and hence, he said, there would be no risk of them recommitting them.

The investigation is now drawing to its close with the formulation of new charges of indictment, by Judge Ramponi’s own admission. But new and, it must be said, disturbing details are emerging about what the media and politics have renamed the Bibbiano System. First and foremost, it has been revealed that Federica Anghinolfi, the primary suspect along with the Hansel & Gretel Center, has a “political and ideological world of reference.” In the order given last June, the investigating judge referred to the world of “LGBT rights.” It will also be recalled that there was a case of children being entrusted to the care of lesbian couples, and also in one case to a woman who was Anghinolfi’s companion.

A world that is “perhaps sympathetic to the positions of those being investigated, even if it is not a party to the extreme “conspiracies” that are now coming to light.” What is the being referred to here? The judge is talking about what the prosecutor who worked on the case discovered while continuing the work on the investigation that exploded last June. Both Anghinolfi and Monopoli “were convinced of the existence of a network of pedophiles, connected to the “Devils” network in Bassa Modenese [the lower part of the province of Modena, also in the region of Emilia-Romana], by which the children of Reggio were protected through falsifications, sidetracking, and procedural fraud.”

Essentially, according to the interrogations carried out by the prosecutor Lucia Salvi, the two became “convinced about the existence of the pedophile network” and for this reason “conditioned the work of the experts and technical consultants of the office of the court, who were told not to talk to anyone because the network was made up of court officials, clergymen, and law enforcement officers.”

According to the two assistant social workers, there exists in Val d’Enza a secret network dedicated to “cannibalism and Satanic religious rituals,” as reported to investigators by a well-informed person who cited the stories told by a child who had been taken away from Monopoli for her own good. Other stories describe a moment of “total loss of self-control and equilibrium” by Anghinolfi.

For example, Anghinolfi was convinced that little Tommaso Onofri, whose tiny body was found on the banks of the Enza River in 2006 (a very painful news story that was closely followed throughout Italy), had been the victim of a pedophile network (this circumstance never emerged during the course of the trial of Onofri’s killer, Mario Alessi), and that this pedophile network was in turn linked to the bosses of ‘Ndrangheta [the Calabrian mafia] whose heads were cut off in Reggio during the Aemilia trial. It was all a fake, a delirium pure and simple.

In another episode, according to the story of a municipal police officer, Anghinolfi illicitly ordered an agent to arrest a man who had an argument with social services when he asked for information about an affair concerning a stolen child. The officer alleges that she said to them: “You are my municipal police, and I order you to arrest him.” This order was refused with disdain by the municipal police. Anghinolfi “repeatedly shouted, like a military officer, telling us to arrest that man because he had harmed her role as assistant social worker,” acting like “an almighty god” of the Bibbiano System who acted “to prove abuse at all costs” even when there was not a single trace of it nor any suspicion or the least evidence.

From the reconstruction of the judge, it seems that in many cases there was a clear intention and obsession to demonstrate against all the evidence that sexual abuse was taking place. This obsession seemed to reach the point of a pathology, at least in the case of Tommaso Onofri and the pedophile network. “She essentially pushed everything in this direction and we all knew it: [...] in all of the relations it seemed deliberately set up and always between the lines that everything should be a matter of sexual abuse or mistreatment,” several of the people who were interrogated declared. Such exasperation validates the idea that a complex ideological system was put in place in Bibbiano. Even as we await criminal charges being made by the judiciary, all of the political implications of the situation remain intact.

Speaking politically, as is highlighted by the story of the municipal police, there seems to have been no oversight, since the Bibbiano System was raised up as a model with enthusiasm throughout the province of Emilia by politicians of the Left as an example of efficiency by the administrators of the Democratic party. And because of this enthusiasm they now seek to justify themselves by saying “we could not have known.” Yet the power of Anghinolfi and Monopoli to determine the lives of dozens of children was granted to them from above. And what was above them was the political leadership that today is putting its head in the sand.