And they call it science: now Covid is also racist

“The Coronavirus is also racist: it has led to racial disparities between whites and blacks.” The accusation arrives from prestigious scientific reviews like the New England Medical Journal and The Lancet, according to which there is a need to speak of structural racism because the virus has produced racial disparities that have struck ethnic minorities. But this is ideology rather than racism. In reality, what is involved is the social factor that concerns economic conditions, the level of education, and the possibility of having access to healthcare. If we take a state with a high concentration of African-Americans like Louisiana as a model, the data is obvious. In fact, it is enough to go to other countries like Italy to discover that racism has nothing to do with it. 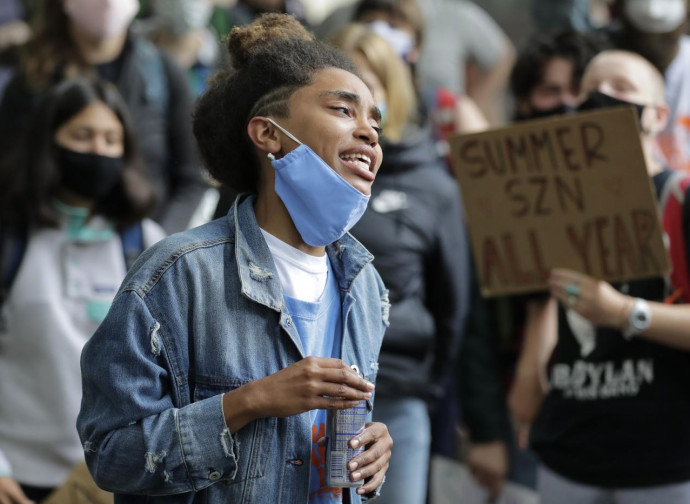 In the past few months we have truly read everything about the coronavirus, but we never would have thought that the virus, in addition to being the global threat that they have told us, in addition to being a monster for which there are no cures (according to the official Vulgate) and that will be eradicated exclusively by a vaccine (as long as it is not Russian) would also turn out to be racist. Yet this is exactly what two highly influential medical reviews have written, in curious simultaneity:  The New England Medical Journal and The Lancet. Both in the United States and Great Britain, they have passed the sentence: “When we talk about coronavirus we ought to use the word racism.” This is a weighty accusation, which makes coronavirus something very close to the concept of absolute evil. Covid-19, according to two respected journals, does not affect everyone in  the same way: it creates racial disparities.

At the moment there are over 4.5 million confirmed cases of coronavirus in the United States. There are no certain or current counts regarding the racial breakdown, the authors of the article tell us, but many of them (how many, we are not told) are African-Americans. The article suggests an investigation based on haphazard measurements if not worse, without scientific basis, but the important thing is to look for a correlation between Covid and the concept of racial disparities that strikes ethnic minorities, and in particular the black communities of America.

The editorial of the New England Journal of Medicine is quite direct: “The Covid-19 pandemic clearly illustrates the intersection of structural racism, social risk factors, and health. Data from the Centers for Disease Control and Prevention on Covid-19 infection and mortality rates show high incidences in specific geographic regions,” the review says, like Louisiana. On the other hand, Louisiana is a state with a higher percentage of African-American population. But according to the NEJM, we are facing a situation of “structural racism,” which it defines as “the ways in which societies foster discrimination through mutually reinforcing inequitable systems — has received little attention as a determinant of population health, in part because there is a perception that limited empirical research has been done on the subject. Yet a meta-analysis of 293 studies revealed that racism is significantly associated with poorer mental and physical health.”

What the American medical review calls “racism” is in reality a factor that has been known for some time, the “social factor,” which concerns persons of all ethnicities and colors. It is the factor that considers economic conditions, level of education, and the possibility of access to health care. But this has never been spoken of as “racism.” Not even a disease like tuberculosis, the most deadly infective killer in the world, which kills 1.5 million people per year (numbers to which Covid pales in comparison), above all in Southeast Asia and Africa. No one has ever spoken of racism. It is a question of environmental, behavioral, and social risks. None of the deaths from tuberculosis are the result of racial discrimination in and of itself, nor are any of the deaths from Covid. But as if there was some sort of coordinate directive, the accusations of the New England Journal are joined by those of the British journal Lancet: “We suggest using the word racism when speaking of the racial inequalities related to infections of Covid-19. Too often we reduce disparities of race to differences of class or unknown forces. We ought to recognize instead that in the case of coronavirus the mechanisms of racism have contributed to very different results among ethnic minorities as compared to whites.”

It would be interesting if these distinguished researchers would come to take a look at the situation in Italy. Here, the number of minorities afflicted by Covid was very low, so much so that at the time it raised some speculation that there was possibly a greater genetic resistance among African people. In reality, the explanation of the Italian phenomenon is very simple: the Coronavirus, as great efforts have been taken to make clear, is a dangerous pathology above all among the elderly. In Italy, the median age of persons of African origin is very low, since the majority are young people who have recently immigrated. In countries like the United States and Great Britain there exists instead an elderly minority population that gets sick just like the elderly white population, neither more nor less.

Instead, Lancet declares with conviction that “Covid-19 has brought racial disparities, previously not addressed at all, to the center of the debate, both among scholars as well as the general public. It is up to us to discuss these matters using the most constructive and appropriate language to better address racial health inequalities between minorities and whites.” And so we have discovered that Covid is also racist, in addition to being ugly and bad and invincible. A true monster. We have the perfect recipient of anger and public execration. We have a perfect scapegoat for human frustrations. Let’s blame Covid, not governments that have mistaken policies with health systems that did not know how to face the problem better, along with the disorganization of the WHO.

It is also the New England Journal of Medicine that calls for a change in what it calls “policies that keep structural racism standing, breaking down stagnant compartments and creating multi-sector agreements.” They no longer even pretend to be practicing medicine: they are are only imposing ideology.