Pope Francis' decision to make Bishop Robert McElroy a cardinal continues to cause debate across the Atlantic. The US Bishops' Conference coldly dismisses Francis' decision, which is instead praised by Father James Martin, who calls the new cardinal a "friend of the LGBTQ community". 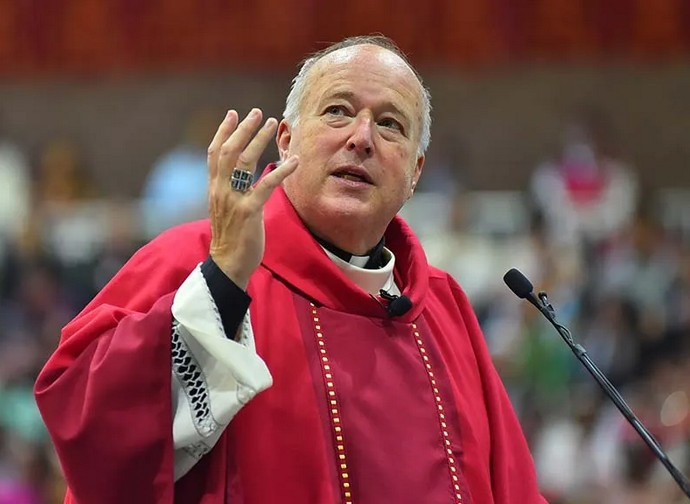 Pope Francis' decision to make Robert McElroy a cardinal continues to cause debate across the Atlantic. For a Father James Martin who rejoices at the nomination of McElroy, the man he defines as "a friend of the LGBTQ community" and who was also "one of the first supporters of Building a Bridge”, there is a whole US Catholic world that grew up with the pontificates of John Paul II and Benedict XVI that is turning its nose up at the nomination.

The reaction of the Bishops' Conference itself, led by the Archbishop of Los Angeles José H. Gomez - who is again denied the cardinalate awarded instead to a bishop of a diocese suffragan to his own - is rather lukewarm, to put it mildly. A communiqué of a few terse lines in which he limited himself to saying that with this nomination "Pope Francis has shown his pastoral care for the Church in the United States". Both winners and losers agree that with this nomination Bergoglio wanted to give an unequivocal message. It does not escape most people's notice that McElroy is critical of the bishops who insist on denying the Eucharist to pro-choice politicians.

The nomination to Cardinal comes at a time when the issue, 18 years after the John Kerry case and then-Cardinal Joseph Ratzinger's note on Being Worthy to Receive Holy Communion, is highly topical due to the presence of a Catholic President battling with the Supreme Court to defend the right to abortion. In the same days in which San Francisco Archbishop Salvatore Cordileone forbids Nancy Pelosi to receive the Eucharist, it is instead the Bishop of San Diego, who is used to branding these initiatives as "political manipulation", to be rewarded with the nomination.

The move has excited liberal Catholicism circles to the point of issuing a challenge in the pages of their leading organ, the National Catholic Reporter: to have the Dem Speaker of the House lead the official US delegation to the consistory on 27 August.

Francis' cardinal appointments in the States, all pointing in a specific direction, confirm the lack of feeling between the current pontificate and the majority of the stars and stripes episcopate. A distance made manifest by the resounding papal words spoken three years ago on the flight to his apostolic visit to Mozambique ("The Americans attack me? For me it’s an honour!"). An analysis of this love that never blossomed has been ventured by Father Antonio Spadaro in his "The New World of Francis", writing that the "American Catholicism shaped by the culture wars" would judge this pontificate "dangerously close to or not sufficiently combative against the secularist liberalism embodied by the Democratic Party" and therefore "as a repudiation of the intellectual and moral paradigm (...) identified in definitive terms by John Paul II and Benedict XVI".

It is interesting to note how the Sicilian Jesuit, believed to be very close to the Holy Father, sees a difference only in form but not in substance between the approach of the lay/media/think tank organisations and that of the episcopate. The latter, in fact, according to Spadaro, holds towards the current pontificate "institutional attitudes of apparent neutrality" that in reality conceal a full adhesion to the more openly critical line of the others.

Hence, perhaps, the attempt to turn over a new leaf from the recent past, imposing - via the cardinals - a well-defined model of episcopal leadership that is far removed from the one still in the majority. But to imprint the US Church with a welcome change, the episcopate needs to be redesigned. Not an easy task if one does not play at home, as the outcome of the 2019 leadership election of the Bishops' Conference showed.

Meanwhile, last week, Bishop Robert Barron, until then auxiliary of Los Angeles, was appointed to lead the Diocese of Winona-Rochester. Barron is a real celebrity across the Atlantic, being the founder and the leading face of Word on Fire, a non-profit organisation that offers apostolate to hundreds of thousands of people via the web. There are those who argue that this appointment is to be interpreted as a promoveatur ut amoveatur to induce the prelate to loosen his ties with his media empire.

Bishop Barron has also recently been at the centre of journalistic investigations into the alleged sexual misconduct of a former Word on Fire employee and his treatment of staff. Interestingly, the attacks have come mainly from the more liberal Catholic media (primarily NCR) who historically dislike him for his adherence to the line of the hermeneutics of reform and renewal in continuity on Vatican II already dear to Benedict XVI.

The founder of Word on Fire, however, is also criticised by traditionalists for praising James Martin and commenting favourably on one of his books. Some, simplifying, call him a centrist. Such profiles could constitute the new generation of American bishops: the minority share of progressives in the episcopate makes the promotion of many new McElroys not a foregone conclusion.

2022, in any case, will be a decisive year to understand what direction the American Church will take: in November, in fact, Monsignor Gomez's term as president expires. Three years ago, the prelates had prepared a succession under the banner of continuity, electing the conservative Allen H. Vigneron, Archbishop of Detroit, as vice-president - and thus, by custom, as successor in pectore. We shall see whether it will actually go this way or whether there will be any twists in the plot.