America is tired of war, even in Iraq

The dramatic events of the Afghan crisis have obscured another piece of important news, the withdrawal of U.S. troops from Iraq. After the 2003 war and the ensuing guerrilla warfare, and after returning in 2014 to battle against ISIS, the Americans are now heading back home for good. Meanwhile, NATO allied troops will stay and will be under Italian command from 2022. 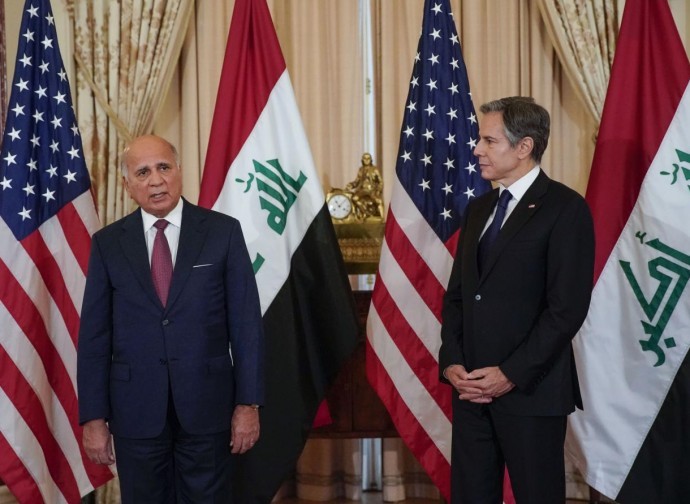 Iraq was invaded in 2003 with 140,000 American troops and over 30,000 British forces. Later in 2008, military strength was increased to 159,000 American soldiers in addition to another 25,000 allied troops. Now Washington is pulling out virtually its entire military presence. We are not talking about Afghanistan, but about Iraq, as American combat units are now withdrawing their troops from the country.

The Iraq news is certainly "smothered" by the tragic outcome of the Afghan crisis, but it is nevertheless of great geopolitical consequence. This is so even if it is developing slowly and in a country where U.S. troops have been present since 2003 (the year of the invasion that led to the fall of Saddam Hussein's regime) up until 2011 when Barack Obama ordered a withdrawal to give a sign of discontinuity with his predecessor George W. Bush despite Iraqi government and military pleas for Washington to maintain its military presence. And just as Obama stuck to his guns, so his former Vice President Joe Biden has stated he has no remorse about his decision to pull out of Afghanistan and with the same results.

In Afghanistan, the Taliban captured the heart of the nation, its capital and main cities. They did this in a week and without any resistance. Meanwhile in Iraq, less than three years after the US withdrawal, the Iraqi army (comparable in training and capability to the Afghan military) was overwhelmed by an Islamic State offensive waged between January and August 2014 which resulted in ISIS taking control of almost the entire northern part of the Arab nation. This invasion was interrupted at the gates of Baghdad by the Iranian Pasdaran and later led to the formation of a broad international coalition headed by the United States. Together, in 2014, they returned to Iraq with small combat units, special forces, and a powerful air force. In addition, they provided training and advisory apparatus for Iraqi and Kurdish militias.

Having defeated the Caliphate, President Joe Biden announced last July that the combat mission in Iraq would terminate this year. It will not be a complete withdrawal, since a few hundred American instructors and military advisers will remain in Baghdad, but there has been a sharp reduction compared to the maximum number of forces ordered by Donald Trump who had set the number of soldiers deployed in Iraq (as in Afghanistan) at 2,500. This cut was inevitable in view of heightened tensions with the Iraqi government and parliament after the Iranian Revolutionary Guard General Qassem Soleimani was killed by American missiles that hit Baghdad Airport on 3 January 2020. This was a targeted assassination that triggered a war on Iraqi soil between U.S. troops and pro-Iranian Shiite militias. It was war fought with American air raids that were retaliated by militia bombings of allied bases.

In political terms, the withdrawal of the American combat forces also eases the awkward position of the Iraqi Prime Minister, Mustafa al-Kadhimi, who is under pressure from opposing interests of the U.S. and Iran who are engaged in an all-out confrontation which has seen Iraq as its main battleground. With the announcement on 26 July, the Iraqi prime minister can now claim the American withdrawal as his success without forcing his weak army to give up U.S. logistical and training support. The withdrawal from Iraq, however, also meets the needs of internal American political consensus after a recent AP-NORC poll found that 63% of respondents were convinced that the Iraq war was not worth fighting compared to 62% who expressed the same opinion for the Afghan conflict.

Paradoxically, the United States withdrawal is again favouring ISIS jihadist militias who are gearing up for attacks and ambushes throughout the Sunni region north and west of Baghdad and especially in the Kirkuk oil region. Unlike Afghanistan, where the withdrawal involves both U.S. and NATO military units, in Iraq the North Atlantic Alliance will remain steadfast in its commitment to the training of Iraqi troops within the NATO Training Mission which, beginning in the spring of 2022, will fall under Italian command. This was stated in a 28 July NATO announcement. Italian Defence Minister Lorenzo Guerini  expressed "satisfaction over NATO's official assignment of the command of the Mission in Iraq to Italy" and spoke of "a choice that confirms the value of the Italian Armed Forces in the international arena."

Rome has maintained excellent political and military relations with Baghdad and now has the opportunity to consolidate its influence in the region by leading a NATO mission. Italy will now lead an Allied coalition which has trained over 250,000 Iraqi and Kurdish soldiers and police units. Italy takes over NATO leadership after having deployed the second largest military contingent after the United States.