Also the West lost its freedom with Tiananmen

Reviewing the thirty-one years that have passed since the Tiananmen Square massacre, we must admit that the Chinese communist regime gambled but won the bet, imposing its "law" internationally and with a large swath of western countries now espousing the "Chinese model". We can only hope for one of those unforeseeable historical events that often upset the plans of mankind. 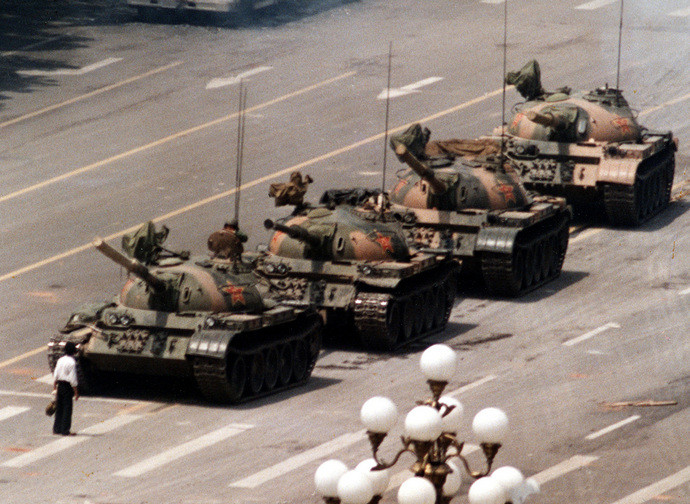 “Rape of Peking.” This was the headline that was published for what was once the most prestigious weekly magazine in Asia, the Far Eastern Economic Review. The article told the details of the Tiananmen Square massacre, which had occurred on the night between 3 and 4 June 1989. It recounted how tanks had ran right over the tents that had provided shelter for tens of thousands of protestors camped out in the square for over 2 months. Initially, the demonstrators were all students. Little by little they were joined by teachers, workers and other concerned citizens. Troops, which were summoned from China’s distant provinces, opened fire on unarmed civilians. It was a display of horrific barbarism, a brutal showdown between government and citizens, as Chinese communist regime was determined to take any means necessary to stay in power. The toll was hundreds or thousands of deaths (a real tally was never possible). What followed was a ruthless manhunt for days afterward. Government agents went from house to house in search of those who had escaped the massacre. We can easily imagine what happened to those who were apprehended. These were images and stories that sent shockwaves through the world’s outlets of public opinion. It was a day that has remained etched in our collective memory. Today, the Tiananmen Square massacre is it still an open wound for the Chinese, one which has never really healed. Indeed, it is still a taboo topic of conversation in China. Now, after thirty-one years, we are witnessing a repetition of this in Hong Kong, where the risk of a second “Tiananmen” massacre is more real than we might believe. The main reason is that Tiananmen Square was not only a sensational and unpunished violation of human rights, but it also represented the beginning of China's unstoppable rise as a world power and universal political-economic model. What’s more, any abuse or violence made by the Chinese communist regime finds virtually zero resistance among the globe’s other "great" powers.

To understand this statement, we need to understand a few key issues.  Above all, we must understand the context in which President Deng Xiaoping's decision was taken to resist further delays and act heavy-handedly. For months China had been in a state of turmoil. Pro-democracy demonstrations had sprung up, not only Beijing, but in other major Chinese cities. Because of Deng Xiaoping’s economic reforms allowing for more capitalism, the Chinese had growing expectations for further political reform and even greater freedom. However, the Chinese communist party seemed terrified at the sight of losing power, just like what had happened in Gorbachev's Soviet Union. China’s empire had not, in fact, collapsed (the “Berlin wall” would be torn down a few months later). Yet, there were unmistakeable signs that it could happen. Beijing was convinced that if the Chinese Communist Party had followed in the footsteps of Gorbachev, it would have signed its own death sentence.

The second issue involves the West’s reaction. Knowing such a calamity had taken place, no nation was burying their head in the sand. Condemnation of the Tiananmen Square massacre was global. Some sanctions were subsequently imposed on China, but with little conviction. The main reason for this was many nations were on a race to get a slice of the Chinese market (equal to one fifth of the world's population) thanks to Deng Xiaoping's economic reforms. No western country wanted to lose out to competitors. China appeared to be an economic lifeline for those first world countries who could afford to outsource domestic production.

So Western diplomats have been happy to pander to China and make Beijing's justifications their own. They claimed that if the Communist regime had yielded to Tiananmen protestors, China would have plunged into chaos and with unpredictable consequences for the entire world. The prevailing thesis was that in order to convince China to open up to democracy it would be better to maintain good relations with Beijing and engage in constructive dialogue rather than condemnation and isolation. Beijing rightly understood this as a weakness of industrialized countries which it, thus, exploited for its own gain.

Indeed, in the post-Tiananmen world this trend only became stronger and more universal. We now turn our attention to the third issue. The communist regime intensified economic reforms which, in turn, further allowed the Chinese economy to begin to grow at double-digit rates throughout the 1990s while never liberalizing its tight reign over politics and civil society.

Thus, the "Chinese model" was affirmed, earning converts all over the West. Political and economic pragmatism gave way to a convinced admiration for the successes of the Chinese regime that apparently was able to maintain the stability of a country the size of a continent, while combining economic growth with shrewd political power. Gradually, the Chinese model became the dream of western elites who had increasingly grown weary of democracy and being at the mercy of the popular will which - as we have seen in recent years - often goes in the opposite direction of what one wishes. The dream is that of reducing people to being cogs of production and objects of consumption; it is about men and women who acquire value in proportion to their functionality; they are discarded if no longer suitable or useful at the end of a production cycle.

The admiration and identification with Beijing’s system has steadily gathered strength despite the growing danger of China, both militarily and commercially speaking. China has gained ever more military power and is a proven threat in the Asian Pacific while western economies, fooling themselves into thinking China was the land of milk and honey, now find themselves facing huge difficulties.

So while China has grown considerably on the international stage – via its economic colonization of Africa and investments in western nations, particularly with acquisitions and management of infrastructure and telecommunications –  the West is lagging way behind. It is also behind in terms of its growing imitation of the "Chinese model." During the coronavirus pandemic, we have clearly witnessed a change in this geopolitical balance (with China also leading the World Health Organization and only the American President Trump attempting to speak out against it) while certain countries have bought into China’s system (Italy being the leading example).

To complete the picture, it should be remembered that the "Chinese model" has also conquered the Vatican in recent years. One example - still top secret – regards the appointment of bishops in China and the disconcerting trend of national (western) bishops conferences to view themselves as members of the "Patriotic Church", as the recent coronavirus crisis has amply demonstrated.

Thirty-one years after the Tiananmen Square massacre, therefore, according to a purely worldly logic, we should say that the Chinese Communist regime gambled but won the bet. Above all, it has won politically. Today, China is allowed to openly violate its agreement on Hong Kong’s autonomy without the United Kingdom uttering a single word (China and the U.K. signed a joint declaration for the return of the former British colony to Chinese authority in 1997). Except for the United States, no other western nation, not even the Vatican, raised a single finger in protest. If Tiananmen Square were to be repeated in Hong Kong, no one would be surprised, and the reactions – even if a façade- would be much less visceral than they were thirty-one years ago.

The Chinese regime has also won culturally. Far from even having granted one freedom to its citizens, it is instead Western citizens who are gradually giving up their liberties to increasingly overreaching and totalitarian states

We know, however, that in history there are elements that escape the control of even the most attentive tyrants. Unpredictable events occur that are capable of changing an apparently well set course of history. Whether it takes a year or a hundred years, this also depends on the freedom of men. Christianity was certainly the biggest and most decisive event that ever happened. Christian history has repeatedly proved crucial (just recall the dissolution of the Soviet Empire) for the fateful freedom of people. The biggest culpability of today’s Church leaders is they don’t believe it.