African jihadists ‘celebrate’ the Taliban with surge of attacks

Today the Americans are taking leave of Afghanistan, tomorrow the French from the Sahel: the international missions to fight jihadism are withdrawing, given the impossibility of replacing incompetent local governments. And jihadist groups throughout Africa, galvanised by the victory of the Taliban, launch a series of violent attacks against civilians and the military. 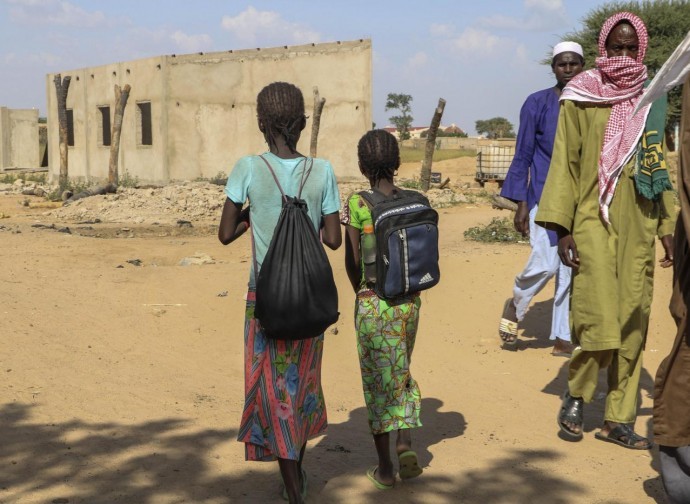 African jihadists are celebrating the US withdrawal from Afghanistan. In Somalia, the al Shabaab celebrated the Taliban’s seizure of power in their mass media by acclaiming: “God is great!”. In Mali, the leader of Jamaat Nusrat al-Islam wal-Muslimin (JNIM), Iyad Ag Ghaly, congratulated them: “We are winning”, he said. But from Niger to Mali, from Burkina Faso to Somalia, armed jihadist groups, whether linked to Al Qaeda or Isis, celebrated above all by multiplying their attacks.

On 18 August, a military convoy, made up of regular soldiers and pro-government volunteer militia fighters escorting civilians, was attacked in northern Burkina Faso, in the territory bordering with Niger and Mali, which has become one of the most dangerous regions in sub-Saharan Africa due to the presence of jihadist groups that have their military bases in the three states. The death toll was very heavy: 80 dead, 60 of them civilians, and several wounded. According to government sources, 58 terrorists were killed; many others were wounded in the hours of fighting, but managed to escape.

In Somalia, in the late afternoon of 19 August, an al Shabaab suicide bomber blew himself up in a tearoom located in a crowded part of the northern sector of the capital Mogadishu. The cafe is frequented by members of the security forces as well as civilians. The powerful explosion killed two soldiers and injured five others. A few days earlier, another tearoom was targeted and ten people were killed.

In Mali, also on 19 August, another government convoy was ambushed as it travelled along a major artery linking two cities, Gao and Mopti, in a central area of the country, where armed jihadist groups affiliated with both al-Qaeda and the Islamic State were attempting to maintain control by increasingly striking military targets. A car bomb was detonated as the convoy passed, and the attackers then opened fire. 15 soldiers were killed and many others were wounded, nine of them seriously. It seems that the jihadists also managed to seize some vehicles equipped with machine guns.

On 20 August, in Niger, unidentified gunmen, believed to belong to one of the jihadist groups infesting the area, attacked the village of Theim in the western Tillabery region bordering Mali and Burkina Faso, during prayer time (it was Friday, Islam’s holy day). 16 or 17 people lost their lives. Only a few days earlier, on 16 August, other jihadists on motorbikes raided the village of Darey Dey, in the same region, and attacked the inhabitants while they were working in the fields. They killed 37 people, including 14 children.

The list of massacres with which African jihadists ‘celebrated’ the victory of the Taliban could go on. Iyad Ag Ghaly, the leader of the JNIM, had not even waited for the taking of Kabul to celebrate the victory. In fact, his message dates back to 10 August. In it, after paying tribute “to the Islamic emirate of Afghanistan on the occasion of the withdrawal of the American invading forces and their allies, a victory that is the result of two decades of patience”. He had drawn a parallel between what was about to happen in Afghanistan and the drastic downsizing of French troops in the Sahel announced by French President Emmanuel Macron last February and confirmed on 10 June, when the president specified that Operation Barkhane, an operation unit with 5,100 active-duty troops, deployed since 2014 against jihad in five Sahel states (Chad, Mali, Burkina Faso, Mauritania and Niger), will be suspended.

The parallel is obvious. Macron reacted to the proposal of the Sahel countries, Mali in particular, to start a dialogue with some jihadist groups. “We cannot conduct joint operations with powers that decide to dialogue with armed groups that kill our young people,” he replied, “if we go in this direction, I will withdraw our troops”.

But irrespective of the intentions of African leaders, the problem for all to see is that two decades of international military operations against jihadist groups show that, apart from a few successes, foreign intervention is not and cannot be the solution; foreign powers cannot replace African governments incapable of countering jihad and above all lacking the will to do so. Jihadist militias have meanwhile grown stronger, made vast territories ungovernable, and fuelled ethnic violence there. Macron’s determination can only be strengthened by the decision just announced by Chad’s President Mahamat Idriss Déby, heir and successor in office to his father who was killed in battle in April, to halve his 1,200-strong contingent in the G5 Sahel, the African multinational army created to fight jihad.

“Our withdrawal will be conducted in an organised way” President Macron pledged on 10 June, “We must start a dialogue with our African and European partners”. With the example of Afghanistan right before our eyes, we can but hope so.