African Bishops Denounce the Corruption of Their Governments

The bishops of Kenya, South Africa and Nigeria are denouncing the corruption of their governments. The occasion was given by the mismanagement of international aid to face the Covid-19 pandemic. In Kenya the bishops and leaders of other denominations are denouncing the theft of medical and financial aid, while in South Africa they denounce the misuse of funds. In Nigeria an omnipresent corruption is threatening local health. Is this the West’s fault? 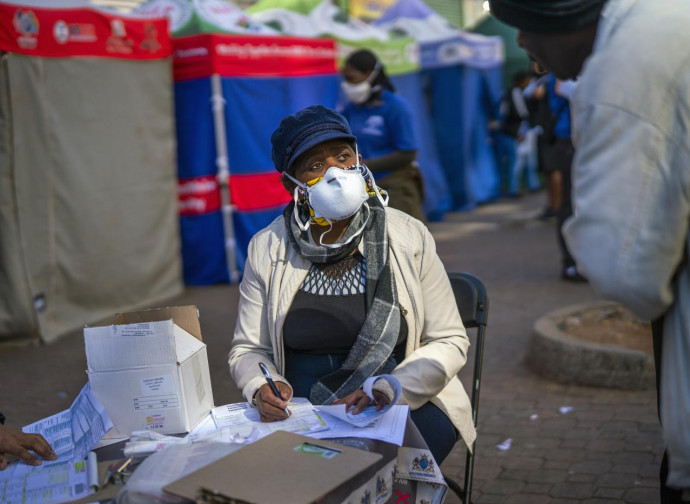 The Italian bishops ought to listen to their African colleagues when they denounce corruption as the primary emergency to be fought across the continent, instead of trusting what the cooperatives and NGOs say who continue to blame African problems on the rest of the world, describing Africa as a victim of the West, exploited and plundered by globalization.

In recent days the bishops of Kenya, South Africa and Nigeria have spoken out in protest against the damage caused by corruption in their respective countries, calling above all for government officials and those who hold public office to fight it. The occasion in Kenya was the discovery that a significant amount of medical material – thermometers, surgical masks, gloves – that was donated to the country has been stolen, and that part of the funds received to fight Covid-19 have disappeared. “We are shocked by the crazy spiral of uncontrolled corruption in our nation,” reads the declaration that was issued jointly by representatives of the principal religious denominations of the country and given to the Fides press agency.

“All this is immoral and contrary to the teachings of God, and we condemn it totally. We know that the country received more than 190 billion Kenyan shillings (about 1.482 billion euros) to fight the Covid-19 pandemic.However, there is a lack of transparency and accountability in the spending of these funds, which has lent credence to the allegations that most of the money has been stolen. It is inconceivable for us that a Kenyan could plot to steal money intended to save the lives of his fellow countrymen! The allegations of corruption concerning the Covid-19 funds are a condemnation of the Executive and the Parliament, who have sworn to protect the lives and resources of Kenyans. We remind you that every time you promote corruption by not exercising your mandate to supervise, you are breaking your oath.”

The funds received by the Health ministry are in fact much greater. From the World Bank alone, 30 million dollars arrived in Kenya for the coronavirus emergency, and yet the health personnel lament the lack of protective equipment and testing swabs. The Health Minister Mutahi Kagwe had to admit the existence of “corrupt subjects” and promised to bring all the guilty to justice. But Kenyans have not believed him since he himself is implicated in cases of at least the improper use of public funding.

In addition to Kenya, the bishops of South Africa have taken to the field after the revelation that funds allocated by the government for the Covid-19 emergency were spent corruptly. Equally regrettably, a portion of the funds have also remained unused – a figure that has been called “frightening” – 26 billion dollars, or 10% of the country’s GDP. Auditor General Kimi Makwetu says that he has proof of fraud, inflated costs, purchases of poor materials, and suspicious agreements between government officials and health care manufacturers, and even irregularities in the distribution of food aid packages to the poor.

On August 28 Msgr. Sithembele Sipuka, bishop of Mthatha and President of the South African Bishops’ Conference, published a very strong note: “We must take on the ‘pandemic’ of corruption. There is the sense that South Africa is now known only for this. We ought to refuse to allow South Africa to be defined as a country of corruption in addition to sexual abuse and violence against women.” A few days prior, the bishops of the conference made an appeal to South African President Cyril Ramaphosa: “Even if we are deeply shocked,” it reads, “the news of the plundering of public resources during the pandemic is not a great surprise. We exhort our leaders to attentively take note of the way in which they have permitted the culture of impunity with regard to corruption to develop and thus have created an environment favorable to the embezzlement of Covid-19 funds. In the preceding years, despite grave accusations, there were no arrests or judicial proceedings against politicians and their families.” The bishops have thus asked the president for concrete actions: the restoration of the special anti-corruption unit and the strengthening of specialized courts in cases of corruption.

In Nigeria, corruption pervades every aspect of public life. Doctors and nurses have even gone on strike in recent months to protest against the lack of health facilities, and the enormously difficult conditions they have been forced to work under: this in the country that is the primary producer of oil and has the best economy in Africa. The appeals of the bishops have fallen on deaf ears. At the end of July even the head of the Commission for economic and financial crimes was suspended from office because he was himself accused of corruption.

On August 25, during a pastoral visit to Makurdi, the capital of the federal state of Benue, Msgr. Wilfred Chipka Anagbe spoke about the situation: “The high level of corruption among politicians and government officials,” he said,” is tearing the country apart and will shatter it into pieces. The national economy and the good of the population have been sacrificed to selfish interests of those who have the opportunity to hold leadership positions. Corruption is a ticket to hell, worse than Covid-19 and all the other difficulties that Nigeria must face.”

Other bishops joined Msgr. Anagbe, including the archbishop of the capital city Abuja, Msgr. Ignatius Ayau Kaigama. Recently in a televised homily, Kaigama said that the spread of corruption in Nigeria is shocking and terribly worrisome in light of the “poverty pandemic” that is devastating the country. In Africa “the longing of politicians and even some religious leaders for power and the maneuvers to obtain it are shocking. We are witnessing threats to life, unjust judicial sentences, the buying and selling of votes, the corruption of election officials and security officers, patronage... and, once power has been gained, the astronomical accumulation of riches at the expense of the common people.”